Home Dan Liebke Why Cricket is the Greatest Sport, No. 14: Declarations

Why Cricket is the Greatest Sport, No. 14: Declarations 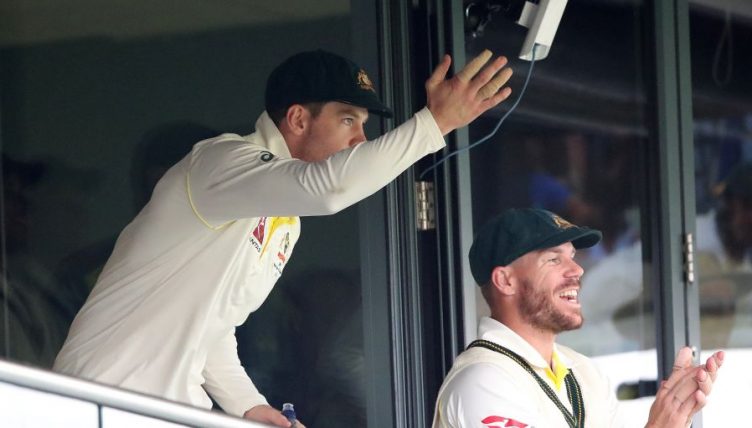 Last month’s Ball of the Century on this very website was an undeclaration from Joe Root, in which a no ball allowed the England captain to change his mind on whether he should call his team in and have a bowl. While this was an entertaining one-off to muse upon, it really only scratched the surface of the joy of declarations.

And why should we settle for a mere scratching of the surface when we can instead claw feverishly at its scab, gouging a deep and horrific gash that requires a multitude of stitches, urgent blood transfusions and eventual plastic surgery to repair the damage caused by a properly frenzied analysis on why declarations make cricket the greatest sport.

A declaration is where a captain wields their most fearsome power. “No more runs!” they can terrifyingly roar at any moment, embracing their inner monstrous tyrant. With a casual wave of their omnipotent hand, they can put an end to any of their teammates’ dreams of individual glory, pitilessly curtailing attempts at breaking records that have stood for generations.

They can also, if they so choose, halt an opponent’s stab at a landmark. If a bowler is on a hat trick or the brink of a five wicket haul, a well-timed declaration can frustrate enormously. This option is used more rarely than one might hope – presumably another one of those godawful Sp***t of Cr****t considerations. But you’d better believe that if Jim Laker or Anil Kumble were on the brink of taking all ten wickets against my side, I’d be declaring like nobody’s business, so that they’d instead be trapped forever among the masses of those idiot nine-fer commoners.

Still, declarations aren’t all about petty vendettas and churlish denial, as fun as those might be. They also have a non-spite-based role in the game. In any given Test match, there are three common opportunities for a declaration, each with their own delights.

First, there’s the first innings declaration. In most cases, this is pure obnoxious posturing. Your bowling attack is so insipid and weak, this declaration declares to the hapless opposition, that we can’t even be bothered waiting for you to take all our wickets. You could be here forever with your pathetic popgun attack and, frankly, we’ve got better things to do.

So, let’s move onto the second opportunity for a declaration, conveniently taking place in the second innings. This is where things begin to get a little more intriguing. By now, with both teams having batted, it’s possible to get an idea of the quality of the pitch (although never as clear an idea as the professionals would have you believe – that’s a parenthetical teaser for ‘Why Cricket is the Greatest Sport Reason 19. Nobody Knows Anything About Pitches, aka Par Scores’).

There are really only two interesting cases for a second innings declaration. One of those is interesting by virtue of how very dull it is. That’s the case where the score for the team batting first has been well and truly dwarfed by the team batting second. The captain of the second team will therefore aim to declare when they believe they have a sufficient lead to avoid having to bat again, while still retaining sufficient time to bowl their opponents out. It’s got all the same qualities as a third innings declaration but lacking the erotic frisson of possibly losing the match. Without that associated risk, this declaration lacks any kind of genuine thrill. It’s like trapeze artists using a net or bushwalkers choosing to leave a tiger snake alone. Pointless and tedious.

On the other hand, some captains etch their name into history by declaring behind on the second innings, the most dazzling declaration type of them all. The best thing about declaring from behind is that it’s secretly not that much riskier than declaring a zillion runs ahead. A declaration from behind is usually made when a pitch is sufficiently easy on which to bat that the match has already reached the fourth or fifth day without twenty wickets having been taken. It simultaneously makes the declaring captain look tactically daring, while putting pressure on their counterpart to match their derring-do. ‘I dare you to set us a target on this pitch full of runs,’ the behind-declaring captain says. ‘In fact, I double dog dare you’.

Which brings us to the third innings declaration, the best of them all. A third innings declaration requires the captain to balance all possible outcomes. They need enough time to bowl the opposition out to win, but also enough runs to ensure they don’t lose. However, the only way to get more of those loss-denying runs is by taking away some of the win-permitting time. Oh, and furthermore, the quicker your batters can score runs to adjust that balance, the easier the pitch is to bat on, which means you actually need more runs than you originally estimated.

It’s an optimisation challenge worthy of humanity’s highest level supercomputers, like Deep Blue, the HAL 9000 or RoboCop. And instead we give it to human cricket captains, most of whom can’t even accurately judge when to send the most obvious of DRS reviews upstairs.

Declarations are great, and they get better the longer the match goes on. In fact, the only bad thing about declarations is declaration speculation, where commentators argue the case for when a captain should close an innings based upon their detailed strategic assessment of whether they might be able to get an early flight home.

Indeed, one gets the feeling that many modern captains declare solely to put an end to commentators talking about when they should declare. This is a sorry trend.

To counteract this dreadful scourge of declaration speculation, modern captains should start closing their innings by saying ‘Well, I do declare’ in the drawl of a southern gentleman such as Colonel Sanders or Foghorn Leghorn. They should also be awarded bonus runs if they dress like either of those Confederate heroes while doing so.

It may not change anything, but it will keep the commentators off balance, keep the rest of us amused and, most importantly, keep declarations as yet another reason why cricket is the greatest sport of them all.