Kohli giving the Spirit of Cricket a much-needed revamp 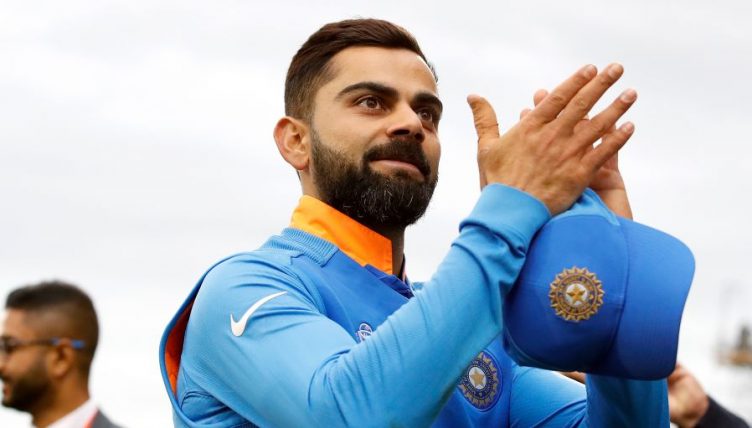 If there’s one thing we’ve learned from this World Cup so far, it’s that anybody who has learned only one thing from such an all-encompassing sporting event is either completely lacking in any kind of cricketing insight or is being wilfully close-minded. Or perhaps both.

Nevertheless, the one thing that I’ve learned is that cricket is always evolving, always exploring new ground, always changing. Like some kind of mutant bulldozer-based Transformer.

But as cliched as it is to compare this magnificent sport to Rampage (TM) the Constructicon (TM) from Transformers: Revenge of the Fallen, that doesn’t make the point any less true. Quite the reverse, in fact.

Batsmen have a greater array of preposterous strokes at their disposal, and wield them fearlessly via their notorious bigger bats. Bowlers, in turn, have developed such a variety of slower balls that it leaves one wondering if some deliveries will ever reach the other end. And, of course, fielders are nowadays always dancing fleet-footedly around the boundary’s edge, juggling the ball with synchronised precision, like the synchronised boundary-dancing jugglers we’ve always wanted them to be.

And yet, one area of the game was being left behind.

I refer, of course, to the Spirit of Cricket, which still hovers around grounds, slurringly urging players to walk and tut-tutting mankads like the inebriated spectre of a 19th century Jane Austen matriarch that it self-evidently is.

Why Cricket is the Greatest Sport No 6: Ducks

Why Cricket is the Greatest Sport No 5: Rain

After all, it’s one thing to suggest that batsmen should walk when they feather one through to the keeper. But that’s hardly necessary these days, is it? Not when, in the immortal words of third umpire Rod Tucker, we have, ‘whaddayacallit, UltraEdge’ to sort such things out. Any batsmen not walking is only delaying the rock’n’rolling inevitable.

No, a form of walking more fitting with the 21st century lifestyle would surely be for a batsman to notice that a ball has hit the stump, failed to dislodge those pigheaded Zing bails, and yet, with a nod of acceptance to the bowler, leave the batting crease anyway.

Similarly, while we have the Duckworth Lewis Stern methodology to guide us on how to properly assess the likely outcome of a cricket match that’s impacted by rain, these spineless professors insist on only making a call once a certain minimum number of overs are bowled.

And as we’ve seen so far in this World Cup, that’s not always possible to achieve. So until we can convince these mathematical yellow-bellies to probabilistically step up, we need to rely on cricket captains.

If the Sri Lanka-England game were to be washed out, for example, then Dimuth Karunaratne needs to look at the official ICC ODI rankings, objectively and dispassionately assess the form of both teams and magnanimously offer Eoin Morgan – or whoever’s taking his place while he’s off having a back spasm – the point Sri Lanka would otherwise have unjustly earned from the inclement weather. It’s the right thing to do in a tournament of such importance. Why the Spirit of Cricket doesn’t already cover this is beyond me.

There are other ways of modernising the Spirit of Cricket too. A team runs out of reviews because a disappointed batsman puts fist to forearm without thinking the moment through? Give them that review back.

Chris Gayle wants to run a single? Churlish to even attempt a run out.

Television coverage awards your team a phase you don’t feel you fully won? Offer to share it with your opponents. Umpires make a mistake? Correct them immediately and save Michael Holding his job.

The options are endless.

Furthermore, with all these upgrades to The Spirit of Cricket, an entire rebranding of the concept needs to be considered.

And once again, the World Cup has already provided such a rebranding opportunity. In the resplendent form of Virat Kohli.

When Indian fans were booing Steve Smith in the India-Australia match – and frankly, it would have been bizarre for them to be booing him in any other India match – Kohli was having none of it.

He stormed over to the fans in question and signalled for them to instead applaud the former Australian captain.

And such is the dread potency of The Great and Powerful Kohli, that the fans immediately complied.

Such is his commitment to the concept of walking, he has taken to doing so when he hasn’t even hit the ball. Against Pakistan of all things.

But Kohli is merely omnipotent, rather than omnipresent. He cannot be everywhere. He has cricket matches to play and acne commercials to sing.

12 month bans for both of them please.

However, the spirit of Kohli – the Kohli Konscience, if you will – should always be there to guide us whenever we waver in our sense of cricketing right and wrong.

And this opens up a marketing opportunity that I’m sure the ICC will not hesitate to exploit. After all, how much would you pay to have a tiny Virat Kohli doll that could sit on your shoulder and whisper ethical advice to you? Answer: the entire quantity of your local currency that’s currently in your possession.

Pinocchio had Jiminy Cricket to teach him right from wrong. And yet, despite the surname, Jiminy was never once ranked the best batsman in the world. Not in any of the three major formats. This is not a problem with the Kohli Konscience, and as such the ICC need not limit their moral guidance to demonic marionettes brought to unholy life with dark Disney magic.

The Kohli Konscience can instead teach all of us to be virtuous (Viratuous?), whether we be international cricketer, weak-minded administrator or awestruck spectator.

And, as such, the Spirit of Cricket is no longer needed to guide us. We can, at long last, move on and leave it behind us. Rest easy, you judgemental old phantom.