Home Dan Liebke Why Cricket is the Greatest Sport, No. 15: Women

Why Cricket is the Greatest Sport, No. 15: Women 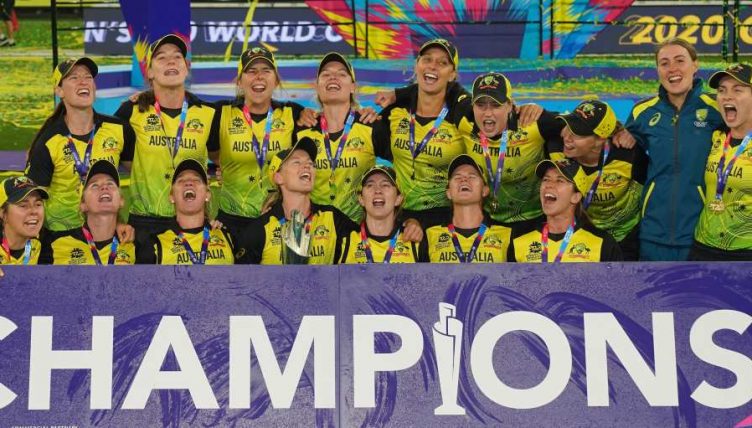 Unless you are a teenaged cricket fan or younger, then you will surely remember a time when women’s cricket was primarily hypothetical, at least in terms of media coverage.

(If you are a teenaged cricket fan or younger, then please insert here an obligatory ‘how do you do, fellow kids?’ reference, the usage of which paradoxically ages me more than the scenario that it ironically mocks.)

Back then, in the before-times, most fans were dimly aware that there were people out there playing cricket without penises. It was possible to even imagine that they were doing so on behalf of their nations, in some kind of international fixture. If you were dedicated enough, you might even track down evidence of such matches in the back of Wisden or via the whispered ravings of a bleary-eyed traveller from a distant land seeking shelter from the storm for the night.

But you wouldn’t get coverage of these man-free matches in newspapers. And you certainly wouldn’t see them on television. This was despite every single ball of every single men’s game being available to everybody, depending on country, broadcast rights and affordability of pay television.

The weirdest thing about this, in retrospect, is that almost nobody found it all that weird. To be honest, we didn’t even really notice this monstrous imbalance existed. Oh, sure, there might be a benefit match where Zoe Goss would show up and take the wicket of Brian Lara and we’d all have a bit of a laugh at the audacity of it. A girl?! Dismissing Lara? This, surely, is the path to madness.

But eventually, such a benefit match would draw its last, gasping, wheezed breath as the flesh finally fell from its withered bones (honestly, such matches in the pre-T20 era were freaking interminable), and we’d all go back to our regular coverage of cricket played by men, true men and nothing but men. All we’d be left with was a faint inkling of what we’d seen – ‘was one of those players last night wearing a skirt?’ we’d wonder, as the memory faded away like a Listerine Oral Mouthwash Strip.

Fast forward, via the kind of magical remote control that Adam Sandler wielded with such aplomb in Click, and there is women’s cricket and coverage of women’s cricket everywhere.

It’s grown enormously over the last decade, the last year, the last month, the last fortnight. It’s to the point where the MCG had 86,000 freaking people attend the T20 World Cup Final between Australia and India. Even more remarkably, that number came with a teeny pang of disappointment that it wasn’t a world record 90,186.

This is entirely brilliant.

Not just because of gender equality or the presence of role models for young girls or a feeling of general inclusiveness around the sport. I mean, yes, all of that is pretty obviously good, unless you’re the kind of man who likes to point out that, on average, women don’t hit the ball quite as hard or bowl quite as fast as men and therefore, can never be taken seriously as cricketers. But men – and it is always men – of that ilk aren’t actually cricket fans, are they? They’re fans of, I dunno, fasty-bowlie-whacky-hardie or something. At least, if we take their statements at face value, which we obviously should never do.

No, the surge of women’s cricket is brilliant for a reason that even the most misogynistic cricket fan should appreciate.

Prior to South Africa returning from international isolation for the 1992 World Cup, we all knew of the concept that South Africa played cricket. Tales had been told of Pollocks and Barry Richardses. Every now and then, a whole heap of a Test nation’s fringe and/or over the hill players would head off over there on a ‘rebel tour’. It was all a little bit naughty and wrong, but undoubtedly alluring.

Then, of a sudden, South Africa were back. For real. And they were good. Good enough to make the World Cup semi-final on their first attempt (although, obviously, not inclined to progress any further – a trait that would endear them to the rest of us even moreso once we spotted the pattern).

This was amazing at the time. There was a whole new international cricket team to play against. From out of nowhere. A gift from the gods. Or from Nelson Mandela, at least.

The rise in women’s cricket is similar, but better. If you are not one of those sullen adolescent cricket fans I mentioned in the opening paragraph, and the surge of women’s cricket is a newish thing, then the amount of international cricket available to you has effectively just doubled. And not just via the old-fashioned method of shoehorning random extra tournaments for the men into the schedule. Although, of course, the ICC are still doing that also.

There are effectively entire new teams with all-new thrilling players to support. And those teams have just played a World Cup that matched both the thrills and the ridiculousness of the men’s World Cup from last year. It had teams talking nonsense about mankads, an underdog nation wandering around spreading delight wherever they went, and absurd rain regulations for everybody to get cross about. All while the hosts and pre-tournament favourites were forced into a perilous tightrope walk to reach the final and justify the hype around them.

Even if the Australian women’s team then followed the lead of their male counterparts in 1999, 2003, 2007 and 2015 and ruined a perfectly good World Cup final with an utterly dominant display, that’s still kinda of fun, isn’t it? It gives every other nation a reason to be annoyed at Australia. And isn’t that when cricket is at its best?

If cricket is the greatest sport – and I’ve spent fourteen previous pieces carefully and rigorously explaining why that’s an indisputable fact – then, the surge of women’s cricket doubling our enjoyment of it is perhaps the greatest thing imaginable.

And facing as we do the current prospect of six – or who knows how many more – months with absolutely no cricket whatsoever, that fact seems more important than ever before.