Home Dan Liebke Why Cricket is the Greatest Sport, No. 11: Elevens (aka XIs)

Why Cricket is the Greatest Sport, No. 11: Elevens (aka XIs) 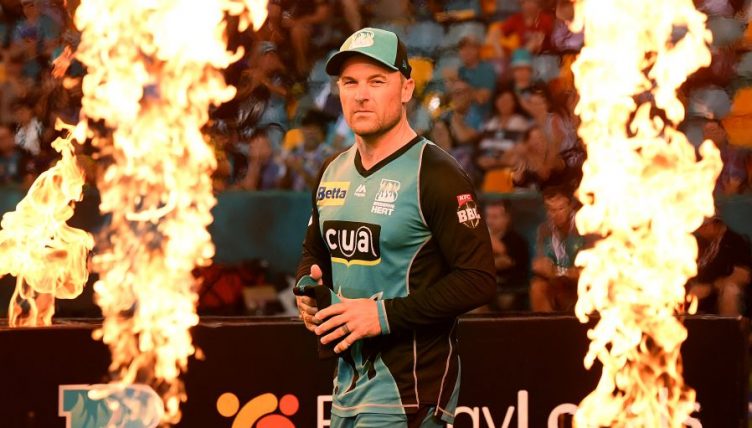 This is my eleventh reason why cricket is the greatest sport, so it seems entirely appropriate this time around to put forth the entire concept of the eleven. Or the XI, as those cricket-loving Romans would so numerically have it.

To be clear, I’m talking primarily about hypothetical XIs here. You know the kind. The ‘Surnames Start With B’ XI. Or the ‘Born Under The Star Sign Virgo’ XI. Or the ‘Feuded With Michael Clarke’ XI. A theoretical cricket team selected solely for the fun of it, often under some ludicrous self-imposed constraint.

It’s a harmless and entertaining mental diversion – the cricket selection equivalent of doing a crossword puzzle, claiming to be gluten-sensitive or solving a sudoku. It’s a piece of play not just beloved by the dregs of fandom, but endorsed by as revered a figure as Sir Donald Bradman himself, whose selection of an all-time XI for the book ‘Bradman’s Best’ featured five specialist batsmen, two spinners, Don Tallon (Test batting average 17.1) batting at six and, wildly, given the evidence at hand, a cover blurb by Richie Benaud declaring ‘Sir Donald was the best selector I came across in the game anywhere in the world’.

(Bradman, by the way, would qualify for two out of the three XIs mentioned two paragraphs above, and surely only misses out on the third because Clarke was still two years away from his Test debut when The Don passed away.)

The Bradman’s Best XI was an all-time World XI, the simplest kind of XI selection game one can play. Players are chosen with no constraints whatsoever, other than, of course, the conceptual requirement for both a functional time machine to gather the team together and the existence of cricket-playing aliens to serve as a worthwhile opponent. But apart from those two prerequisites that fundamentally alter our understanding of the cosmos, there’s nothing simpler.

At the other end of the constraint spectrum is the second-guessing of selectors that takes place en masse before any given Test series. In this, the most realistic form of the XI selection game, fans use everything that’s known about cricketers’ recent form, fitness and availability to choose a credible national team that just so happens to also contain their favourite player. And then bitch endlessly on social media when the selectors don’t follow suit.

But somewhere between these two extremes of devil-may-care science-fiction flights of cricketing fancy and reality-limited fact-based simulations of what those stupid selectors should just do already, is where most XI selection games are played.

To be sure, other sports can come up with hypothetical teams too. There’s nothing particularly special about that. But teams in most other sports tend to be far more heavily dependent on combinations of players, and meddling with those teammate interactions can result in parts becoming less than their sum (otherwise known as ‘Traveling Wilburys Syndrome’).

Cricket, on the other hand, is less teamwork-based. Maybe an opening pair might run between wickets particularly well. Or a wicket-keeper might be highly in tune with the scheming of their spinner. Or a fielder might have a special rapport with the Pay-TV drone.

But generally, in cricket you don’t have to take into consideration the combination of players. This individualistic aspect of the sport means that you can pick the best performers in each position for your hypothetical XI. Where ‘best’ can be defined in all kinds of ways.

To keep things interesting – or as interesting as such a self-indulgent selection process can be – I’ll limit myself to one player from each piece.

My first reason for why cricket is the greatest sport (‘Australia Saying The Score Differently To Everybody Else’) mentioned Virat Kohli, Wasim Akram, Jason Krejza, Sir Alastair Cook and Shane Watson. And if you think I’m omitting Watto, you’re crazy.

While there is similar temptation to nab Stuart Broad from the fifteen cricketers I mentioned while discussing ‘Tail-End Batting’, I also know I’ll get another shot at the England nonsense champion. And this is my only opportunity to pick up Chris Martin.

‘Run Outs’ were my third reason why cricket is the greatest sport, and that’s enough to get Inzamam-ul-Haq on board. After that, my overly eighties-high-school-movie-centric tribute to ’New Zealand’ allows me to bring Brendon McCullum into the team. He’ll give it a right old thrashing at the top of the order, while simultaneously disapproving of the lower moral standards of the opposition and, as it will turn out, most of his teammates.

My fifth reason for cricket being the greatest of sports was, improbably, ‘Rain’. Only two cricketers were mentioned in that one, and obviously Hansie Cronje gets the nod over Bradman. The Don then misses out again, this time in favour of fellow Donald – the inimitable Allan Donald, the Disneyified star of my piece on ‘Ducks’.

Approximately several million left-handers were mentioned when I named humanity’s opposite-monkeys as a reason why cricket is great. But I’m giving Paul Adams the nod over some of his more esteemed foul-fingered colleagues. And as tempting as it is to give the team a more feminine touch by adding a bit of Ellyse Perry from my piece on ‘Bits and Pieces Cricketers’, I’ll instead go with the distinctly unfeminine Matthew Wade. Wade beats Adam Gilchrist to the role of keeper, mostly because Wade is a much more unpleasant sledger.

From the piece on ‘Appeals’, we’ll remember to pick up the celebrappealing Stuart Broad before claiming that magnificent cheat W G Grace from last month’s piece on ‘The Ongoing Death of Test Cricket’ to open the batting with McCullum.

That leaves me with one more batsman to add to the middle-order. And the rules demand it be somebody mentioned in this month’s piece. So, uh, how about that Glenn Maxwell? Yes, that should do it.

The XI is therefore:

There you have it. The XI that most accurately exemplifies why cricket is the greatest sport of them all. I look forward to them taking on a XI made up from all of Alex Bowden’s Cricket365 pieces.