Home Dan Liebke Why Cricket is the Greatest Sport No. 2: Tail-End Batting

Why Cricket is the Greatest Sport No. 2: Tail-End Batting 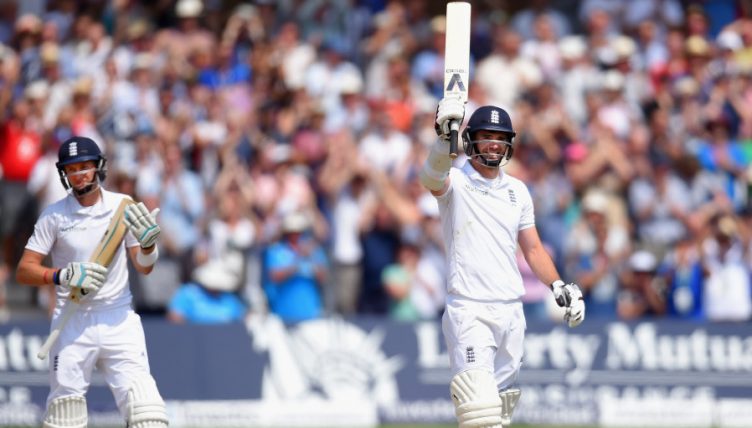 There are certain people who claim cricket is a batsman’s game.

These people – ‘liars’, to call them by their correct name – ignore the very obvious fact that hard-working batsmen are at almost all times forced to face the best bowlers the opposition can muster. This is in stark contrast to those easy-living bowlers, who are regularly given the opportunity to bowl to people with batting techniques well below the best available.

I refer, of course, to tailenders, whose very existence is yet another reason why cricket is the greatest sport in the world. Because, as with peacocks, tuxedos or sperm, when it comes to batting orders it’s the presence of a tail that elevates the unremarkable into something that, to varying degrees of literalness, makes life worth living.

The first great gift of tailenders is their identifiability. Tail-end batsmen offer a relatability unmatched in any other sport. For many fans, much of the joy of watching elite sport is the thrill of watching human beings (plus whatever beautiful breed of alien creature AB de Villiers is) stretch the very limits of the contest’s requisite skills as they engage in the fiercest of competition. And, to be sure, cricket offers that, be it Bradman vs Larwood or Richards vs Lillee or Kohli vs Anderson or any other combination of elite batsman confronted with elite bowler you’d care to name.

But multiple times in every match, cricket offers something different. The challenge of elite batsmen against elite bowlers gives way to a much less even contest.

The same bowlers who were previously tangling with batsmen on the same plane as them are now instead faced with opponents who are nowhere near that plane. The equivalent of baggage handlers, perhaps, or car rental customer service attendants or the staff who help the elderly and dim-witted wrangle the automatic check-in terminals.

And as we head further and further to the aeronautical fringes of this admittedly strained batting metaphor, fans of the game are given a glimpse of what it might be like if we, the non-elite, cricket-watching amateur, were permitted to enter the contest.

None of us can realistically envision what it must be like to bat with the skill of, say, a Kane Williamson. But we can watch a Chris Martin and imagine ourselves filling his inept shoes, flailing our bat comically for a handful of deliveries until we are inevitably outclassed by a proper international standard bowler.

Because, in most cases, the mismatch does end swiftly. As you’d hope. After all, if a batsman’s innings doesn’t correlate to some degree with their batting ability, then we’re playing something akin to dice cricket. And that’s no fun for anybody. (Yes, I went there. Come at me, Big Cricket Simulation Gaming.)

But the correlation of the progression of a batsman’s innings to their batting prowess isn’t perfect. Bradman, after all, didn’t score 99.94 every time he went out to bat. In fact, he never once made that score, the old fraud. There’s a natural variability to batting performances.

Which means that sometimes, if we’re very lucky, the tailender can transcend their limitations and compete with a bowler who would ordinarily swat them away with minimal effort.

And that’s when tail-end batting becomes more than just relatable. It becomes funny, the second great gift of tailenders.

We’ve all seen instances of a pair of tailenders shrugging their shoulders, deciding to have a bit of a tonk and then implausibly getting away with it. And there are few things more delightful to watch.

Ricky Ponting captained one of the most dominant teams in Test match history, right up until the point that he didn’t. And yet, amid all that success, including a run of 16 consecutive victories, the moment that seemed to bring the most unbridled joy to him and his team was the 114-run partnership between Jason Gillespie and Glenn McGrath against New Zealand in 2004.

The only thing that would have made McGrath’s Test half-century more entertaining would have been if he’d somehow been able to take the runs off his own bowling (see also: James Anderson’s gloriously inexplicable 81 against India). Because the other great thing about tail-end partnerships is how furious they make the opposition. And the better the bowler, the more likely they are to be infuriated by their counterparts having the temerity to treat them in such a fashion. And the angrier the fielding side gets, the funnier it is for everybody who’s watching.

This is true no matter when it happens. If the top order has collapsed and the tail rescues the innings with their tomfoolery, that’s funny. If the fielding team has taken forever to pry out the proper batsmen, only for the tail to extend the torture after all the hard work had seemingly been done, that’s funny too.

I've said it before, I will say it again. 10th wicket partnership runs should count double.

The great philosopher, cricket writer and ex-podcaster Peter Miller has proposed that the runs made in last-wicket partnerships should be worth double. There’s a certain mathematical logic to this, as the final wicket taken effectively ends two batsmen’s innings, and so if that wicket counts double, then surely the runs should too.

But more important than the logic underlying this proposal is the comedy potential. Because as maddening as it is for a team to watch Tino Best or Ashton Agar or Stuart Broad crash crazy last-wicket runs, it would be doubly maddening to have them be awarded twice as many for doing so. And, hence, doubly funny.

Such a rule change would open new tactical dimensions to the game, of course. But even without it, the specific combination of a tailender and a genuine batsman provides the third great gift of tailenders: a sporting battle of wits between established batsman and fielding captain where all tactical choices almost always lead to spectacular entertainment.

If the fielding team allow the batsman the single to give the tailender the strike and the batsman denies it then there’s invariably the potential for hilarious run out panic at the end of each over.

If the fielding team don’t alter their field and the batsman then manipulates the strike to put on a large final-wicket partnership while the inept tailender barely faces a ball then that’s maddeningly delicious stuff too.

A batsman taking the single the fielding team offers, and then the tailender slogging it everywhere? Yep, that’s magnificent.

And, even the worst case scenario of a batsman giving the tailender the strike only for them to be immediately dismissed at least gives us the schadenfreude of a frustrated not out batsman second-guessing themselves as they trot off the ground.

This is a win-win-win-win game theory matrix, where the winners are the spectators. And it’s yet another demonstration of why the batting weaknesses of tailenders and everything associated with them remain one of cricket’s greatest strengths.