Home Dan Liebke Why Cricket is the Greatest Sport No. 3: Run Outs 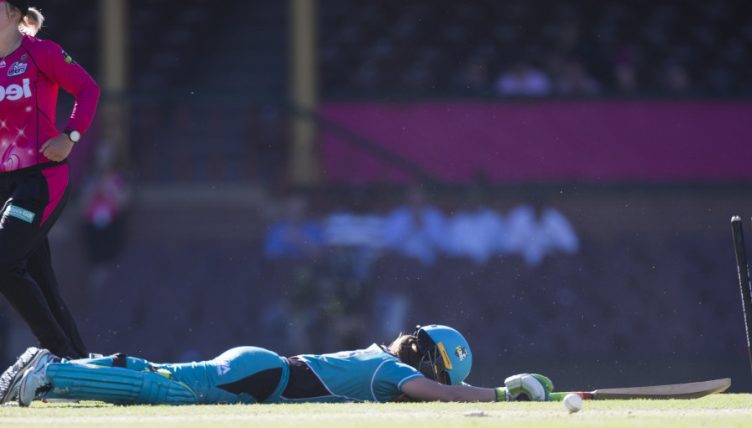 There are two types of run outs.

The first adds almost nothing to cricket’s greatness as a sport. This is the run out where both batsmen are in agreement that they should be going for the run only to be undone by a piece of fielding brilliance.

Because, yes, if Pat Cummins ends a full day in the field by swooping on a ball and dive-flinging it into the side of the stumps to run out a batsman on 123, that’s an impressive display of athleticism. But it’s not as if we didn’t already know that Cummins was a superhuman creature rocketed to our planet as an infant. Elite athletes performing elite feats of athleticism is par for the elite course in professional (aka elite) sport.

No, it’s the other type of run out where cricket demonstrates yet again why it’s the greatest sport of them all. This is the run out where the skill of the fielder has little to no part in the dismissal.

There are two types of these fielderless run outs.

The first is when the batsmen disagree on whether they should be going for the run. What makes this such a thrilling part of the game is that we get to see real-time negotiations from players who are ostensibly working in partnership for the same team.

It’s a display of social dynamics that gives us a glimpse into the personalities and standing of the players involved. A batsman saying ‘no’ to a partner already halfway down the pitch is expressing dominance as surely as a silverback gorilla beating his chest or a person misspelling their spouse’s name on the divorce papers.

Given the amount of ego that it takes to succeed as a professional sportsperson, it’s hardly surprising that these negotiations can rapidly escalate to fraught and exhilarating heights. In most cases, one of the batsmen eventually backs down and accedes to the other’s decision on whether a run should be taken or not.

Adding spice to the situation, the quicker the non-dominant batting partner acquiesces to their stronger-willed colleague, the more likely that submissive batsman is to survive the moment of disagreement. Although they’re still not as likely to survive as if they stick to their original decision and force their team mate to be the one to back down.

This all makes for a beautiful system that rapidly devolves into a game of chicken between two cricketers who, lest we forget, are theoretically on the same side.

In an ideal case, both batsmen will be sufficiently stubborn that neither will change their mind and we end up with the apex of run out disagreements – both batsmen running for the same end. Surely the most exquisite display of team sport individualism one could reasonably hope for.

And there is potential for this kind of ego-driven shambles every. single. ball. What a sport this is. The sole improvement one could make to these kind of run outs would be for the scorers to attribute the wicket to one of the batsmen. Just to stoke the stakes a little higher.

The other type of fielderless run out is almost as good. These are the run outs where the batsmen may be in agreement with one another on the viability of a run, but circumstances conspire in such a way to still bring one of them undone.

There are, as you may have guessed by now, two types of these harmonious fielderless run outs.

The first is where unluckiness and/or confusion leaves a batsman stranded.

Sadly, at international level, we no longer have runners, one of the great historical sources of cricketing pandemonium. This is a major loss for the sport, because it was one of those rare situations where a supposed benefit was secretly a hindrance. Like, for example, a cursed scimitar in Dungeons and Dragons or Zack Snyder agreeing to take charge of your superhero cinematic universe.

Because, make no mistake, the presence of a runner invariably created far more confusion than whatever assistance it gave to a hobbled batsman. It’s genuinely quite remarkable how having just one more cricketer on the field in possession of a bat improved the potential for shambolic nonsense. The reintroduction of runners to Test cricket would save the format faster than names on shirts, day/night games and the existence of Ireland combined.

But even without runners, the modern game still has potential for run out confusion. Sometimes, for example, batsmen will simply collide while running between wickets. A classic piece of slapstick that never gets tired.

And then, of course, every so often batsmen are run out backing up too far. A straight drive will deflect off the bowler’s fingertips or the face of Adam Zampa and into the stumps. All the non-striker can do is despair at what is invariably described by commentators as the unluckiest way for a batsman to be dismissed. Y’know, as if we’d all somehow forgotten that Dean Elgar has taken 16 international wickets.

Which brings us to the second type of harmonious fielderless run outs, the greatest run out type of them all. One where a batsman isn’t unlucky or confused, but careless and inattentive.

I refer, of course, to the mankad. Which, despite popular opinion, is not so named because it’s perpetrated by a man who is a cad. For one thing, women cricketers can mankad people too. And, for another, cad isn’t spelled with a K. And, for a third, Vinoo Mankad himself was reportedly an absolute gem of a human being, albeit one who was somewhat fed up with the non-striker getting a head start.

The mankad is the best kind of run out because it makes exactly the right kind of people immensely cross. It generates muddle-headed chatter about the Spirit of Cricket and how bowlers should warn batsmen that they’re going to try to take their wicket using a method fully approved by the Laws of the game. Which is a delectable stance to take on any aspect of competitive sport.

All of which brings us full circle on run outs. A bizarre circle built from an endlessly bifurcating tree diagram, that has somehow so far omitted to talk about the inept running genius of Inzamam-ul-Haq.

Because obviously, Inzamam is in a run out class of his own. And the fact that one man can so transcend all these other comedy aspects of the run out by dint of nothing more than being very slow at running is another reason why cricket is the greatest sport of them all.