Home Dan Liebke Why Cricket is the Greatest Sport No. 6: Ducks

Why Cricket is the Greatest Sport No. 6: Ducks 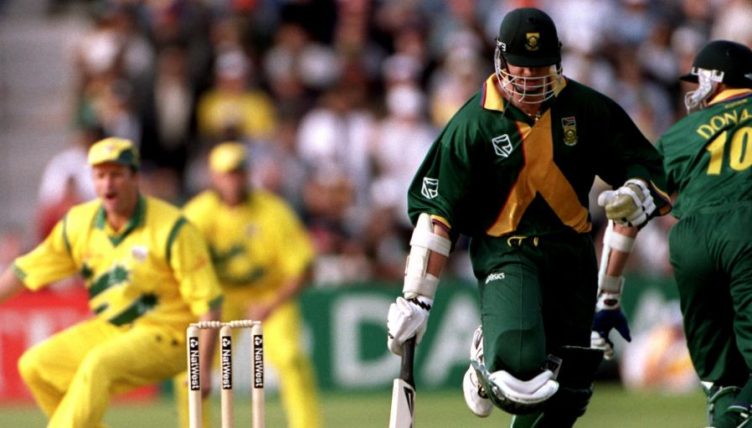 Ducks make cricket great. There, I said it.

Oh, sure, there will be some who say that a superior method for dealing with a short ball is to sway away from it. To keep a wary eye on its trajectory, even as you bend further and further away, like a teenage girl negotiating the greeting kiss of an overly affectionate uncle she’s meeting for the first time. Sways work well, right up until the moment you realise it’s still coming at you and you can sway no further.

There are other batsmen who don’t look to avoid the bouncer at all, instead preferring to counterattack any bowler who has the temerity to drop the ball short in their vicinity. Pull shots and hook shots are plucked from these batsmen’s repertoires with breathless abandon and thrown into battle. It’s a dangerous ploy, for while such an escalation in hostilities may occasionally win you the 2005 Ashes, it’s just as likely to see you caught in the deep like an idiot.

Then there are those strange batsmen who don’t strive for avoidance, or respond with hostility of their own. Batsmen who weigh up their ’flight or fight’ options, decide instead to add an ’n’ to the middle word, and allow the ball to strike them on the body. This kind of wishy-washy masochism is clearly no good to anybody.

So for mine, it’s the duck that is the best response to the bouncer. A blend of basic knee joint functionality and the gravitational constant G that gets the batsman swiftly and safely under the rising ball. The bouncer goes up, the batsman goes down. Nothing simpler.

Yes, sometimes ducks can go wrong, if you’re foolish enough to leave your bat periscoping in the air for a stray deflection to a nearby fielder. Or if you misjudge the bounce to such a degree that even at maximum downscrunch, you can still be stuck on the shoulder in front of the stumps and given out LBW. (And a big hello to Glenn McGrath, Sachin Tendulkar and Daryl Harper if you’re reading.)

But all in all, ducks have a lot of things going for them.

So, let’s get into it, then. Ducks. What are they? How should batsman best use them? Why is it the method of short ball-avoidance that makes cricket the greatest sport of them all?

No. As you’ve no doubt realised by now, this entire preamble has been just a bit of silly mock-confusion and homonym-exploitation to open the piece. Nobody is mental enough to write a thousand words about the merits of batsmen ducking under bouncers.

Instead, I’ll be spending a thousand words writing about nothing.

Because I am, of course, referring to ‘ducks’ in the cricketing terminology sense of a runless innings. For just as the invention of zero was one of the most important breakthroughs in mathematics, the duck is one of the greatest aspects of cricket.

In a World Cup that was expected to be full of runs being clobbered hither and yon (and vice versa), it’s easy to get carried away with the idea of batsmen. To marvel at their outrageous array of shots, their split-second reflexes or their brute, physical power.

And yet, as the World Cup that actually is has reminded us, batsman aren’t, to quote the kids, all that.

The score of zero – the noble duck – remains by far the most common tally to be ‘achieved’ throughout the history of cricket. Yes, as we’ve discussed previously, some of this is due to cricket having the brilliant feature of elite bowlers bowling to decidedly non-elite batsmen. But even in more fairly matched encounters, ducks are still remarkably prevalent.

Let us make the assumption that I know how to use Statsguru correctly. If that’s so, then ducks happen roughly 8-9% of the time to top-order batsmen. To put that another way, roughly 1/12 of the time the best batsmen in the cricket world can do no better than a random person plucked from the street (for example, Kelly Clarkson). Or, to put it still another way, if top order batsmen batted once a day for a year, then they would spend the equivalent of an entire month being dismissed for a hapless duck.

It’s easy to overlook how strange this is, because we’re so used to it. These same batsmen eventually become so fluent at the crease, with runs flowing so effortlessly, that they can regularly tally a hundred or more of the ruddy things before being dismissed.

And yet that first run, to avoid the duck, is inordinately trickier to negotiate.

What a wonderful aspect of a sport to have a player’s participation in their key skill set cut short at the first mistake, and then have that first mistake be so much more likely to occur earlier rather than later. Any success achieved with the bat is surely that much sweeter for knowing it comes in a ruthless sport, biased towards duckly failure.

In a vain attempt to temper this horror of the duck-based spectre constantly looming over them like an impenetrable The Far Side cartoon, batsmen have given certain variants of ducks cutesy nicknames.

There are golden ducks, where a batsman is dismissed from the first ball faced. There are also platinum ducks. And royal ducks. There are pairs, king pairs and Audis.

More rarely, we have what Russell Degnan introduced to me as fool’s golden ducks. This is where a scorecard shows a batsman being dismissed for 0 (1), but rather than being dismissed first ball, the batsman survived that delivery only to be run out from the non-striker’s end before facing another. Excellent stuff.

And, obviously, when it comes to being run out from the non-striker’s end, we also have the diamond duck, where a batsman is dismissed for zero, having faced no deliveries. It’s a batting performance of complete and perfect emptiness – the Transformers sequel of knocks. The finest example of the diamond duck remains, of course, Allan Donald’s superb, cursed dash for the match-winning run almost twenty years ago in the 1999 World Cup semi-final.

But topping this and all other ducks is the most famous duck of them all. The duck hopelessly made by that old fool Bradman when he only needed four runs in his final Test innings to ensure he retired with an average of 100.

Yes, cricket has not one, but two, widely acclaimed Donald ducks. And if that kind of effortless Disney-oneupmanship isn’t yet another reason to cement cricket as the greatest sport in the world – the dux of sport, if you will – then I don’t know what is.