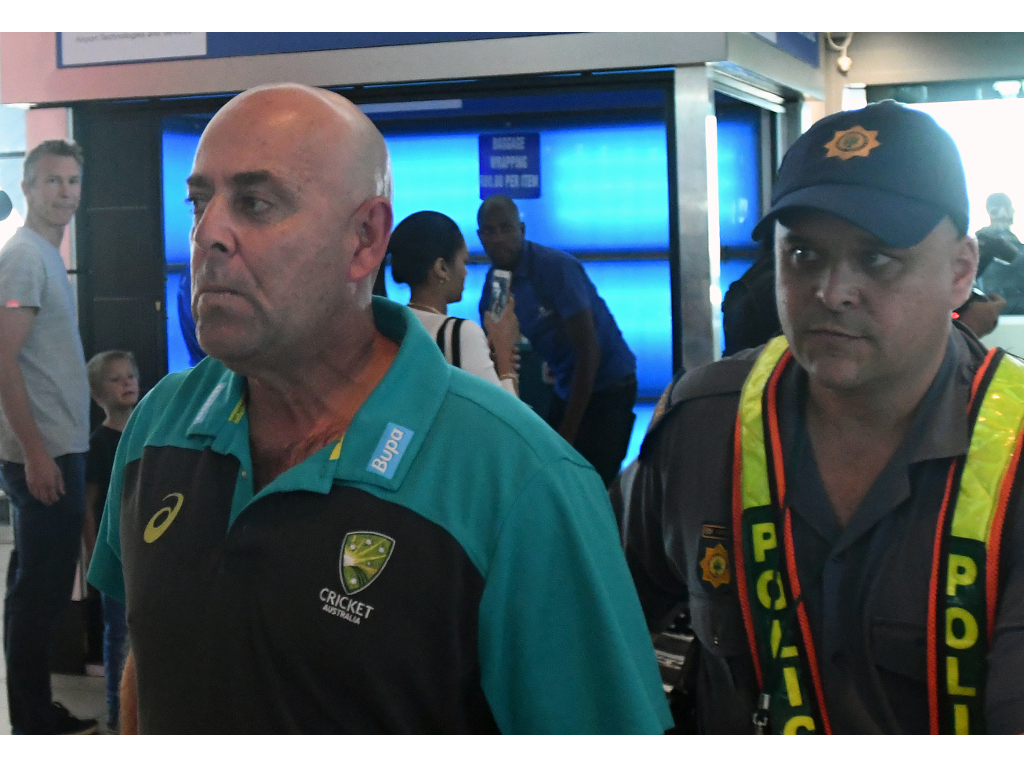 Australia coach Darren Lehmann has apologized to cricket fans for his role in fostering the atmosphere that allowed the ball tampering saga to unfold.

Lehmann denied having any knowledge of the plot to tamper with the ball with a piece of sandpaper ahead of time.

The famously hardnosed coach was visibly emotional as he faced on the Australian media after being cleared of wrongdoing by the Cricket Australia investigation into the matter.

Lehmann urged the cricketing world to remember that the players involved are human.

He told reporters: “The players have made a grave mistake but they are not bad people.

“There is a human side to this. I hope people will give them a second chance. I worry about the three guys mentally.

“We know we have let so many people down. We are truly sorry. There is a need for us to change the way we play. We need to work to bring the respect back from the fans.”

"What the hell is going on?" – The story behind Darren Lehmann and the walkie-talkie in Cape Town pic.twitter.com/Wx2e0u21vP

Cricket Australia CEO James Sutherland was satisfied that Lehmann was not involved in the ball tampering scandal that has seen David Warner, Steve Smith and Cameron Bancroft all banned for 12 months.

Sutherland revealed that the conversation between Lehmann and substitute fielder Peter Handscomb in the dugout had been an attempt to establish what was going on, on the field when Bancroft was caught on camera attempting to tamper with the ball.