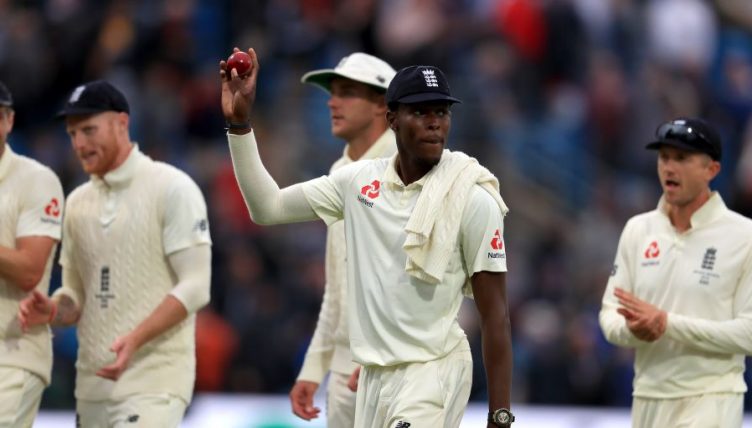 Having invented fast bowling last week at Lord’s, Jofra Archer rocked up on a dank, grey day in Leeds and promptly invented the traditional English seamer to put Australia on the back foot once again.

Having scorched the turf at 96mph last week he hardly touched 90mph at Headingley, preferring the less visceral yet tremendously effective weapons of accuracy and A Bit Of Nibble. He is an astonishing cricketer. Anyone who has ever watched him warming up knows he can bowl left-arm spin. Add that to the Lord’s Archer and the Headingley Archer, and you’ve got a one-man Swiss Army knife bowling attack.

Archer’s first Test five-wicket haul will surely not be the last, but it’s hard to imagine him taking many better. While his drop in pace may have been due in part to fatigue from his arduous workload in the second Test, his pace never dropped any further during another busy day’s graft. It felt like a conscious decision for a pitch and overhead conditions that didn’t require the rockets of last week. It points to a maturity and brain to go with his immense natural gifts.

What was perhaps most extraordinary about Archer’s latest day out, though, was the way he grabbed the game at a time when it threatened to run away from England.

He and Stuart Broad – whose two wickets took him level with Fred Trueman as Headingley’s leading Test wicket-taker – were superb with the new ball. So often England have bowled too short in precisely these conditions, yet both England’s new-ball avoided that trap. So prodigious was the movement that more often than not the ball was still beating the outside edge.

Broad’s battle with David Warner was the highlight of a stop-start first half to the day. If not quite the Smith v Archer contest for the ages from last week, it was still something special. Warner played and missed time and again as he battled with a bowler who has his number, bleak overhead conditions and his own technique. There seemed no way he could survive, but he did.

Marcus Harris, brought in for Cameron Bancroft, and Usman Khawaja did not. But given the quality of bowling and the difficulty of the conditions, to be only two down at what turned out to be tea was a decent result for Australia.

Warner and Marnus Labuschagne then set about taking charge. In a maddening hour after the break, Australia scored 79 runs from 13 mainly horrific overs. Ben Stokes and in particular Chris Woakes given the conditions were awful, every bit as bad as the new-ball bowlers had been good.

The wheels were coming off for England by the halfway point of a partnership that produced almost two-thirds of Australia’s total. At 130/2, the match and series was slipping away from England. The fielding was becoming ragged, the body language poor.

Root had little option but to go back to Archer and Broad, and the results were almost instant. Broad thought he had Warner caught behind only to be denied on review, but Archer had him in the next over without adding to his 61.

The door was opened, and England marched through it. Broad bowled Travis Head for a duck with something close to an unplayable delivery, pitching off and hitting off from round the wicket before Archer got his one major slice of luck to bowl Matthew Wade via pad and glove and a forlorn, slow-motion tumble of the leg bail.

Woakes returned far more like his normal self to trap Tim Paine lbw on review before Archer nicked off James Pattinson and Pat Cummins in short order to complete his maiden international five-wicket haul.

Defying England through it all was Labuschagne. While nine Australians offered little and Warner’s innings a freakish combination of extreme good fortune – CricViz recorded 15 false shots in his first 28 balls – and punchy counter-attack, Labuschagne was simply brilliant. He stood apart from his team-mates every bit as much as the man he has replaced. Initially patient and showing impeccable judgement outside off stump, he cashed in when England’s bowlers grew bored and erred too straight. He put barely a foot wrong until inexplicably missing a knee-high full-toss from Stokes to be ninth out for 74.

It was a step up in quality again even from his fine innings at Lord’s, and leaves Australia with a decision when Steve Smith is available again at Old Trafford. Labuschagne has to play now, meaning Edgbaston centurion Matthew Wade is the most likely man to make way. Tim Paine is the elephant in that particular room, though, after another failure today.

But the day belonged to Archer, who brought the day to a close by pinning Nathan Lyon lbw. Archer had taken the first wicket of the day, before instigating and completing a collapse of eight for 43. A wicket with his first ball of the second innings will make him only the second man in Test cricket to take a hat-trick across three separate overs. Frankly right now it would be a surprise if he didn’t.