Home Dave Tickner Archer’s thrilling debut changes everything and nothing

Archer’s thrilling debut changes everything and nothing 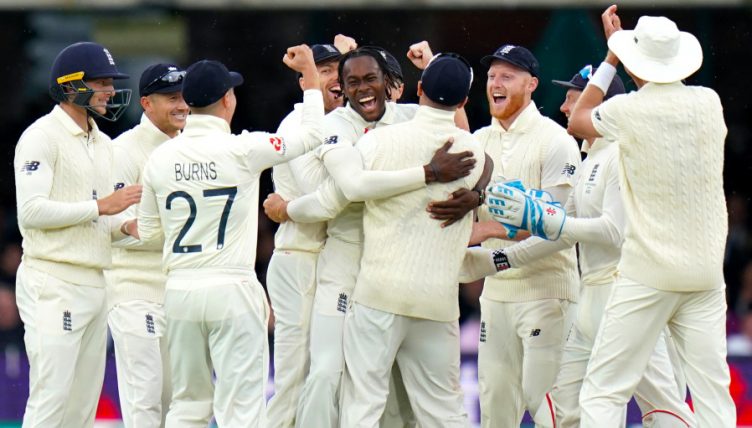 Lord’s doesn’t do normal any more.

For the third match in a row the old place was treated to astonishing levels of nonsense in a stunning Test match.

There can really be little criticism of England’s failure to get over the line in such a rain-shortened match. They did remarkably well to get as close as they did.

The performances of Ben Stokes and Jofra Archer here have changed the whole mood of the series, even though the draw suits Australia far more than England. For all that Jofra has terrified the Aussies like few others in the history of the game can, they now need to win just one of the three remaining Tests to retain the urn. With England’s top five still as fragile as ever and Australia’s attack still potent they should do so.

But England at least have a foothold in the series now and a way to win. When the batting had failed again to leave them 138/6 in the first innings the prospect of 5-0 did some frighteningly real. England still couldn’t score enough runs to counter those that would be scored by Steve Smith and his band.

Archer changed that. England still don’t have much of a plan for getting Smith out, but maybe they don’t need to. However mild Smith’s concussion may be it seems unthinkable that having removed him from day five of this game the medical staff will sign off on a return to action as soon as Thursday.

While Stokes was named man of the match for setting up the final-day fun with a quite brilliant hundred, Archer was the difference maker. It is he who has changed the mood. Match figures of 5/91, while impressive, would not usually put someone in man-of-the-match contention but the stats tell little of the story.

Ultimately, this has been a Test that has simultaneously strengthened Australia’s grip on the urn while highlighting how fragile that grip remains.

Headingley will now be fascinating. Both sides boast bowling attacks that have the measure of the opposition’s top order – Jack Leach’s contribution may not have been as thrillingly memorable as Archer’s but was still hugely significant – and batting line-ups of quite startling fragility.

Marnus Labuschagne, having become the first concussion substitute in international cricket, produced a doughty 100-ball 59 that ultimately proved enough to thwart England’s unlikely victory charge. That this admirable innings is now being hailed as a heroic rearguard really does emphasise both the fast-forward nature of modern Test cricket and the astonishing gulf between Smith and every other batsman involved in this series.

The fast-forward applies to the scheduling too, with barely time to draw breath before the third Test at Headingley. Another venue that rarely does dull, the two pace attacks will again expect to spend most of the game firmly on top. Especially if Smith does miss out.

It also makes the toss so important. Conventional wisdom always has it that batting first is generally an advantage and that, if in any doubt, batting first is more often than not the correct option.

It’s not just that for both teams bowling is their stronger suit, it’s that the batting is almost heroically awful. Three of the four openers have barely a run between them. Both number threes are high quality but struggling to show it right now.

And right now neither side looks particularly capable of putting an imposing first-innings score on the board in even the most benign conditions. The risk with bowling first – Hi, Nasser – is that if you get it wrong the opposition could bat for two days and rack up 600. That’s just not a factor to consider for these teams right now.

Why would you bat first when that will probably put you instantly on the back foot while the absolute worst-case scenario if you bowl first is that the opposition might scrape 350?

Everything about this Ashes series has been a bit odd. Smith’s otherworldly excellence and cartoonish mannerisms. Cricket that has been utterly captivating pretty much throughout while often actually a little bit rubbish. The umpiring. The fact that it is, for the first time ever, not the primary cricketing focus of the English summer.

But any fears that the Ashes could ever be just an afterthought of the summer have been allayed. This series has become unmissable entertainment, with some kind of nonsense almost guaranteed. Predicting precisely what will happen next seems foolhardy, but it seems unthinkable that Headingley, a ground with a richer history than most when if comes to Ashes Nonsense, won’t deliver the goods.