Australia get most things wrong, England still obligingly collapse to 226/8 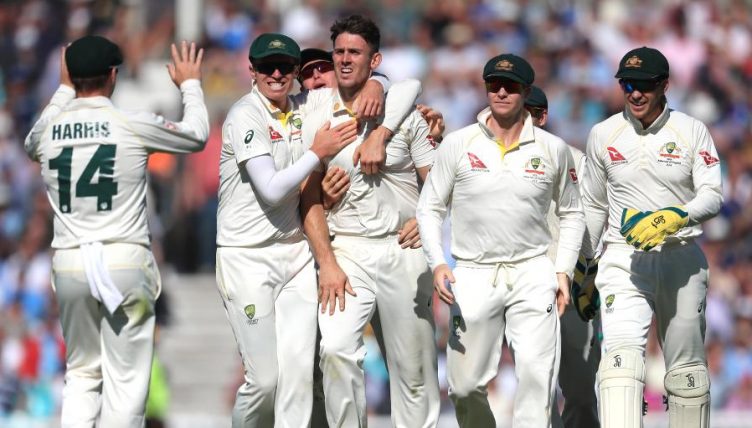 We all know about this England team’s penchant for getting bowled out for under 100. But they are equally culpable of this sort of lower-key collapse. The collapse from a position of strength, or at least not weakness, when well-set batsmen spaff their wickets away and a series of batsmen wander off with 15 or 20-odd to their name.

In a lot of ways, these are worse. Getting bowled out for 67 is – and we’re drawing on our great many years’ experience with the great game here – bad. But there are, weirdly, excuses and mitigation for it. By definition in such a thing, the ball never gets old, the bowlers never get tired and the batsmen never get in. The panic that grips the dressing room is infectious and the bowling side are feeling great at all times. It is, in summary, a very bad thing that nevertheless makes some kind of sense.

Collapses like today’s at The Oval are less understandable and pretty much unforgivable. Jack Leach surviving 31 balls before stumps without any real alarm – he actually did look a bit like Chris Rogers as it goes – while Jos Buttler went full white-ball on Australia should shame most of those who came before.

There’s little point in criticising Joe Denly for playing unsuitable shots for a Test match opener because in no sane world would he be a Test match opener. You might as well criticise Boris Johnson for not behaving like a Prime Minister. But that said, the shot he played to get out (Denly that is, not Johnson) was dreadful.

Rory Burns played nicely again and is arguably right up there with Jofra Archer’s emergence and Stuart Broad learning how to bowl full at long last as England’s biggest positives of the series. Then he played a crap shot as well. Then so did Ben Stokes.

Then Joe Root, who at least is now back to scoring quite a lot of 50s before getting out, played a very good ball very badly. Then so did Jonny Bairstow. Then Sam Curran played a bad shot, got away with it because it was a no-ball, so played another one.

Even in trickier conditions, it would have been maddening. But this was on a flat pitch. Even as you watched Buttler smear it around as Leach survived comfortably, it was impossible for thoughts not to drift to just how many Steve Smith will get over the next two days. Given the state of the series, Paine might as well let him have a crack at Lara’s record. And then a crack at Lara’s other record.

But here was the most infuriating thing of all: Australia didn’t even have to play that well. A lot of the time they were outright bad. Peter Siddle bowled appallingly really having been oddly preferred to Mitchell Starc in a five-man attack. Three simple catches went down, a wicket was chalked off for a no-ball. Pat Cummins and Josh Hazlewood bowled pretty bloody well because they generally do, but both looked understandably a touch weary after their exertions throughout the series and at Old Trafford as recently as Sunday – something else that made Tim Paine’s decision to bowl first a touch odd.

Yet England managed to turn Mitchell Marsh’s 83mph swing into the day’s defining force. Marsh is a handy fourth seamer who Australia should arguably have considered earlier in the series given they weren’t getting any real runs from five-six-seven anyway and were asking a lot of a three-man pace attack in such a tightly packed series.

Asking for more English conditions and then getting absolutely done by 80mph outswingers is very on brand, I must say. #Ashes

But he shouldn’t be getting 4/35 on a flat pitch. Or any pitch. England simply have to be better. Australia could hardly have done more to help them out.

By the end of day one, England were already reduced to hoping for some one-day heroics from one of their one-day heroes and Buttler obliged with an unbeaten 64 to dominate an unbroken 45-run stand with Leach that is all very admirable and worthy and better than getting rolled for 230. But England again needed freakish individual excellence to achieve the bare minimum. And even Buttler’s freakish individual excellence is likely to be put firmly in its place by Australia’s freakishly excellent individual.

It may have greater impact beyond this match, though, with Jonny Bairstow under pressure like never before. He was out again to a straight ball here, with the fact he got his leg in the way instead of being bowled cold comfort. Even with Jason Roy gone, the presence of both Bairstow and Buttler looks a luxury too far in this misfiring batting line-up. Buttler might just have moved ahead in the last couple of innings. Bairstow needs a second-innings score. So do England.