Home Dave Tickner Burns lacks Smith’s genius or Stokes’ scripts, but is a quiet hero of this series

Burns lacks Smith’s genius or Stokes’ scripts, but is a quiet hero of this series 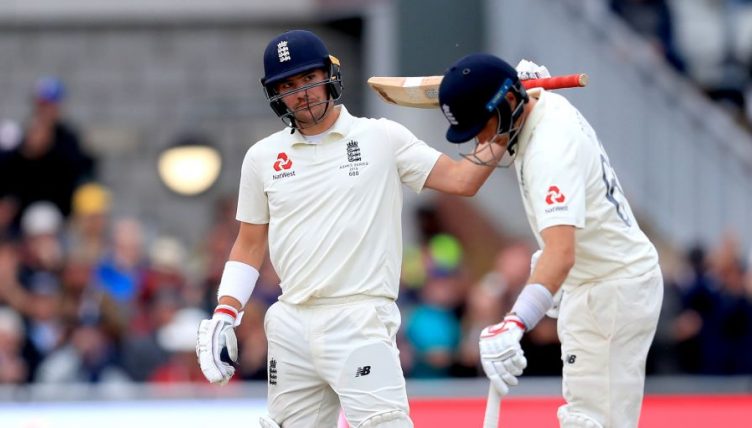 The day started and ended with Josh Hazlewood taking wickets with his fast-forward Glenn McGrath ridiculousness. In between came an innings that might just be the making of Rory Burns as a Test batsman.

Even more than the 133 he made at Edgbaston, these 81 well-made yet extremely hard-earned runs in adversity suggest a player who could actually solve one half of England’s biggest problem in Test cricket.

First and most obviously, making 81 here shows the hundred n the first Test was no flash in the pan. Second, it came after Australia were pretty confident they’d Worked Him Out. After Burns played and missed 873 times at Edgbaston, Australia switched to targeting him with the short ball. It worked.

Today, against an extremely high-class Test attack under mostly moody skies, he played the short ball very well indeed. Australia know a great deal more about Burns now than they did at Edgbaston and he has still been able to score runs against them. It is a huge, huge tick for the Surrey opener. It is a huge, huge tick for picking first-class opening batsmen to open the batting.

Incidentally, it says much for England’s current batting line-up both that the one player picked consistently in his correct position has prospered and also that Thursday’s use of a nightwatchman had the counter-intuitive effect of moving each of the next four batsmen in to a better spot than the one they were due to occupy.

Do Australia have one hand on retaining the urn? 🏺

But back to Burns. We should not get carried away. He still averages barely 30 with one century after 11 Tests. But he absolutely looks like he belongs here in a way that those who have tried and failed over the last seven years rarely have.

And having established that opening the batting is different it also seems only fair to measure him against his peers. And by that measure, in this series, he is Steve Smithing it.

Coming into today’s play, Burns was the only man on either side averaging between 30 and 70. If that highlights the ridiculous career-defining series a handful of players are having for good and bad, it also shows that Burns’ stats – on the face of it the only ‘normal’ Test series return from anyone on either side with 323 runs at 46 – are in many ways the most impressive of the lot bar the absolute silliness of Smith.

Burns has scored 99 more runs than the assorted other openers on both sides combined. He is averaging 46.14; they are collectively averaging 10.67. And that’s not an average being dragged significantly up or down by anyone. Every other opener has struggled desperately. Joe Denly’s average is the lowest after scoring four in his only innings but the highest among the rest is Marcus Harris’ at just 13.33.

Burns has scores of 29, 53, 81 and 133 in this series. Warner’s play-and-miss masterclass 61 at Headingley is the only other innings by an opener in this series better than any of those four Burns efforts.

He is performing four times better than everyone else trying to do his job, and three-and-a-half times better than any individual one of them. He may not be producing the otherworldly Jedi genius of Smith or the boy’s own nonsense of Stokes, but he has in his quiet, unorthodox and understated way been one of the stars of the series.