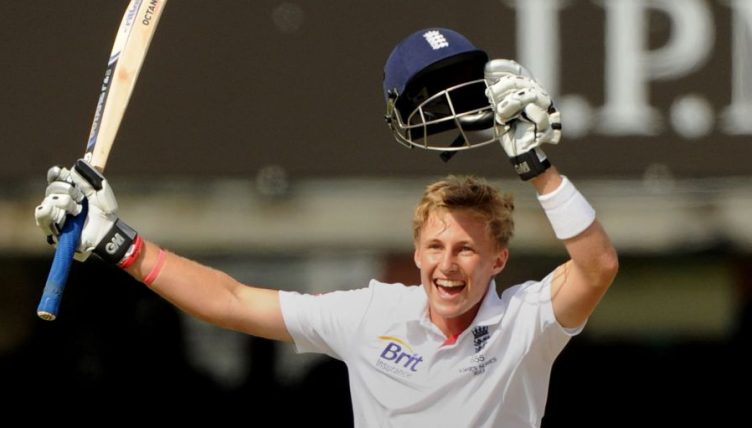 Here are a list of cricket words and phrases and concepts, all of which we have almost certainly used ourselves, that are hereby banned. It’s not hypocrisy, it’s self-loathing.

Pacer
To be honest, the reason this whole thing exists. We’re obviously far too late here. This utter abomination has wormed its way in while we were all distracted by sandpaper or mankads or some other such thing and now we’re stuck with it. Awful. Awful, awful, awful. We’re not sure when exactly it finally replaced “quicks” or “pacemen” as the go-to second-mention descriptor for fast bowlers, but we know that day was a bleak one indeed for cricket. It’s an ugly word, it sounds daft and it doesn’t mean what its cricketing use needs it to mean. Alternatives for spinner are usually rubbish, but are at least linguistically accurate. Tweaker, for instance, is sh*t but at least it does sort of describe what a spinner does to the ball. A fast bowler does not pace the ball, ergo he is not a pacer. The battle may be lost, but let it not be for nothing. If we must endure this monstrosity then at least let it stand as a reminder that we must be vigilant and speak out whenever we see other such linguistic impurities sullying our proud sport. Onward, then.

Sticks and softs
Sticks and softs may break my bones, but words used in a twatty way by twats will really f*cking hurt me. Borderline acceptable when used by professional cricketers to describe their bats and gloves and what have you, embarrassingly wrong when fat 4th XI estate agents do it. And if you bowl 45mph lobs, then your boots are not wheels.

Cutlery
We’re grudgingly letting pros off for giving stupid names to the tools of their own trade, but it’s only fair we hold them to the same standards as everyone else for things from other sports. However much all cricketers yearn to be professional golfers they are in almost all cases not professional golfers. Therefore it is unacceptable for them to call their golf clubs ‘cutlery’ like a bunch of whimsical pricks. It’s only made worse by the fact many of them also call actual cutlery ‘irons’. It’s also no coincidence that a very high percentage of English cricketers went to private schools.

Root Maths
A Cricket Twitter favourite. Its name is a 2013 Ashes coinage after Joe Root inconveniently scored 180 in the second innings at Lord’s when absolutely everyone had already agreed among themselves he was a rubbish opening batsman who shouldn’t be doing it. Simply striking that innings from his record instantly if illegitimately meant his average became bad again and therefore this undoubted fact was still true. Specifically, then, #RootMaths is the exclusion of inconvenient high scores from an average when wanting to point out a batsman is in fact shit actually. More generally, it refers to any piece of statistical chicanery designed purely to manipulate the stats to say what you want them to say. Perhaps reached its zenith/nadir when astonishing numbers of people thought making a point that started something like “If you ignore Alastair Cook’s two Test double-hundreds in the last 12 months then…” was in fact a criticism of his record. Related: you really have to take your hat off to David Warner for ending the 2019 Ashes series with actual stats so horrific nobody even bothered to subtract the 61 of his 95 runs that came in one innings at Headingley. Related related: Joe Root himself has developed a happy knack of RootMathsing whole players out of entire series, having understandably if pointlessly pondered how very different things might be if one were to simply remove the contributions of Virat Kohli and Steve Smith from recent contests.

Player Y hasn’t X in his last Z innings/matches/seasons/lifetimes
We all do this one and if we’re honest we all will again. It’s a lesser crime than Root Maths for sure, but it’s still a bit naughty. Basically, we all know that when you hear someone say something like “He’s only scored one century in his last 28 Test innings” you can be absolutely certain that “He’s only scored two centuries in his last 29 Test innings” would be equally accurate.

READ: The illustrated commentary of Jack Leach’s trip to Specsavers

Any alternative word Shane Warne uses for a cricket ball
Especially ‘pill’ but especially ‘cherry’, which he always manages to make sound even more creepy and sinister than his general output of creepy sinister musings.

Poles
This Warneism too while we think of it. In essence: anything Shane Warne says out loud on television, please make it stop.

Maximum
Because it’s wrong, obviously. There was a seven in the 2006 Adelaide Test That Admittedly Never Happened and we’re fairly sure renowned big hitter Chris Rogers also got one once. Related bugbear: commentators using ‘boundary’ to mean only boundary fours. “He hit three boundaries and two maximums,” they’ll happily burble, the entirely wrong bastards.

At this stage
The world’s most meaningless yet ubiquitous stat. “They’re 10 runs behind at this stage,” a commentator will note, regardless of whether it will take 20 an over or three an over to overturn that deficit in the remaining overs. Nearly always requires the commentator to add a caveat about “but they finished so strongly/fell away badly at the end of their innings” yet they still don’t realise it adds nothing so they carry on telling us all about it. If we really need to be told who is mathematically ahead at any particular point of a run-chase we have assorted models that attempt to do so with at least some nod to nuance. Hint: one of them is literally used to determine results if play is halted, and the number is right there up on the scoreboard. A related gripe: projected totals inside the first few overs. If they score at eight an over for the last 45 of their 50 overs, then yes, a big total is on the cards today. This will quite literally always be true.

Highest successful run-chase lists
Wheeled out by commentators when trying to emphasise how dominant one side’s position has become or, more often, when desperately egging on a third-innings declaration with one eye on a fifth-morning tee time. Fundamentally flawed due to inherent limitation of the list. Just because a team has never successfully chased 320 or whatever on a particular ground doesn’t mean that total hasn’t been reached in an unsuccessful chase. And if the highest chase on a ground is, say, 280/2, then it’s not really fair to start talking about 285 as a target beyond the ken of man.

Behind the eight ball
Nothing wrong with it as a metaphor per se, although it is weirdly common in cricket compared to its relative obscurity in the normal, non-cricketing world we sometimes daydream about returning to one day. The real problem is the way its original meaning has been gradually and now utterly lost, with England captains in particular apparently having never played pool and thus for some reason deciding it is actually about some kind of race against an eight ball. Eoin Morgan once declared England’s white-ball cricket being “a long way behind the eight ball” while Alastair Cook once referred to a strong start in a run-chase as “getting ahead of the eight ball”. Both excellent gibberish.

Double bluff
Again, nothing wrong at all with the phrase itself, just the fact it is nearly always used wrongly in cricket. Specifically, its cricketing use is (almost) always in reference to a full ball bowled after a field has been ostentatiously set for short-pitched bowling. Except bowling a full ball in that scenario is a bluff, not a double bluff. Actually bowling a short ball after convincing the batsman a bluff full ball is coming with your overly dramatic field-setting would be a double bluff.

Red-ball cricket
This one might be harsh but we use it all the time and then hate ourselves. You can see how it’s come about. “White-ball cricket” has become a genuinely useful catch-all term to cover both List A and T20, two distinct yet related parts of the sport. “One-day cricket” doesn’t really feel like it necessarily automatically includes T20 (and shorter), while “List A cricket” has always been a crap and soulless way of describing one-day cricket, a functional phrase with none of the evocative charm of “first-class cricket”. Red-ball cricket has the advantages of symmetry with its more useful white-ball cousin but really says nothing that first-class cricket didn’t say first and better.

The Big Dance
A relatively recent phenomenon but one that absolutely must be stamped out swiftly. An American-Australianism, obviously – it originates from basketball or AFL or NRL or some such thing – and now being used to mark qualification for next year’s T20 World Cup. Would be unacceptable anyway, of course, but even more so when those teams who’ve come through the recent qualifier have in fact only got a spot in the preliminary round of what pretends to be a “16-team” tournament. Is the actual 12-team World Cup that follows the next qualifier The Bigger Dance? And is the final The Biggest Dance? No. None of these things are any of these things. Stop. (h/t Andrew Nixon)

Baseball
Specifically, when used as a pejorative to describe T20/The Hundred/etc, presumably by people who can’t ever have watched any baseball.

Caught behind
A new entry, specifically when used to mean “caught be anyone behind the wicket” rather than just the keeper, and something that must be squashed before it gets in any way established. Constant vigilance! We threw this to Twitter first time we saw it and were delighted with the unanimous response from the popular micro-blogging cesspit, where unanimity on literally anything is pretty much unheard of.

Where do we stand on "caught behind" for any catch behind the wicket rather than specifically by the keeper? I'm very strongly opposed tbh. pic.twitter.com/ATjTVbO7Ab

Clearly, “caught behind” as shorthand for “caught by the wicketkeeper” is absolutely fine and can absolutely stay. “Caught behind” to mean “caught by any fielder behind the stumps” is logically and grammatically sound but utterly, totally unacceptable and must be stamped out immediately. Look, we’re cricket, we don’t have to make sense. On a related and slightly contradictory note, we will accept “caught behind the wicket” as a way of describing a series of dismissals (rather than a single specific one as with caught behind) to indicate a pattern even though it appears to mean exactly the same thing (for instance, it is perfectly valid and indeed useful to be able to note that nine of Australia’s wickets in the 60 all out at Trent Bridge were caught behind the wicket). This concession only extends as far as gully, though. Again, we don’t have to make sense.