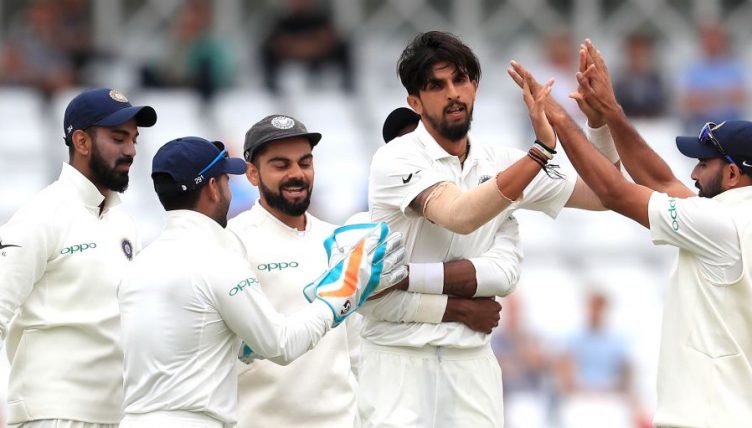 We can’t quibble with any of Wisden editor Lawrence Booth’s five cricketers of the year, but we’ve never let that stop us in the past and aren’t about to start now.

Yes, Virat Kohli was a lock after a truly great English summer that further cemented his status as the world’s best player. Sure, Rory Burns just seemed to be batting all the time as he led Surrey to a dominant County Championship title

Sam Curran made Test cricket look like a joyous piece of absolute piss for three months, fair enough. Jos Buttler not only remained the best of England’s ridiculous array of white-ball batting menaces but also rather more surprisingly showed himself to be England’s second most reliable Test batsman. Impressive. And yes, Tammy Beaumont smacked three international centuries in the space of nine days which is also pretty handy.

Worthy winners all. But who missed out? Here are Cricket365’s alternative five cricketers of the year, using the same key criteria as the Wisden award: impact on the English summer, and no previous winners. (Yes, smartypants, we know there are technically there are no previous winners of the Cricket365 Alternative Five Cricketers of the Year because it doesn’t actually exist; for this bit we’re using the actual winners of previous Wisden awards. Piss off.)

Adil Rashid
Probably the unluckiest man to miss out. Started the summer on a white-ball-only contract with Yorkshire, ended it a weirdly important luxury item in the all-rounder-stacked Test team. His stats for that tremendous India series weren’t startling, but in a hectic battle where the direction of whole Tests hinged on a few crucial moments, Rashid provided his share. (Not at Lord’s, obviously, although you probably should get some sort of award for a Test where you don’t bat or bowl or take a catch. Deserves its own honours’ board at least.)

It was in one-day cricket, though, where Rashid really shone. Twenty wickets in nine ODIs – seven of which England won – across the summer at an average of 23 points to his massive importance to the side. England’s success may be built around the batting brilliance of a fearsome top six, but Rashid’s ability to take wickets in the middle overs has been a crucial piece of the puzzle. Now undoubtedly England’s greatest ever white-ball spinner, he took wickets in every ODI he played last summer, and was responsible for perhaps the summer’s defining image when dismissing Kohli with 2018’s ball of the century.

Morne Morkel
Surrey’s emphatic title win is well covered in the Five by Burns, but big Morne would have been a worthy recipient. And while the Wisden award isn’t a ‘lifetime achievement’ award 2019 represented perhaps a big – perhaps final – chance for such a fine cricketer to take his place on the list.

Morkel’s arrived at The Oval after a stellar Test career that brought him 309 wickets at 27.66 and promptly showed all that class as his 59 wickets at a ridiculous 14 runs apiece helped propel Surrey to the title.

Also responsible for sparking the greatest fixed-camera-frame-clearing-final-wicket celebration ever, which is surely a better achievement than 300 Test wickets in anyone’s book.

Mohammad Abbas
Didn’t make his Test debut until a month after his 27th birthday – which in Pakistan fast bowler years is about 807 – but took just two balls to claim his first wicket. Has pretty much carried on in that vein with the still-nonsensical average of 18.86 after 14 Tests that have brought him 66 wickets.

Nineteen of those wickets came in the first half of last summer, with nine in Ireland’s first men’s Test match and 10 more in two games against England.

Eight of those came in Pakistan’s thoroughly excellent victory at Lord’s in a fantastic Test that rather unfairly became little more than a footnote to the 2018 international season after the 5-0 one-day thrashing of Australia and the magnificent late summer ding-dong with India.

Ishant Sharma
India may have lost the Test series 4-1 but their bowlers could certainly say with some confidence that they had done their bit. Jasprit Bumrah proved he could manipulate a red ball just as well as a white one, Mohammad Shami bowled far better than his stats suggested and leading the whole thing was the veteran Ishant.

He has been a sporadic threat throughout a long career but has finally emerged as a bowler of the highest class with the consistency to match. India’s eventual victory in Australia was forged in their bowling efforts of the summer, and Ishant’s 18 wickets against England at 24 apiece was the cornerstone of that effort.

Pat Brown
Bit more leftfield, but if short-form cricket is the future – and the ECB have staked the house on it being the case – then a nod in the Five for the breakout star of the Vitality Blast is surely fair enough.

Brown took 31 wickets in the competition – six more than anyone else in 2018 and the second best haul in any English T20 season – at an average of 13.35 and an economy well below eight.

His season-long success even had the fairytale finish the fates so rarely allow, snaring four wickets in Worcestershire’s semi-final win over Lancashire and then conceding only 15 runs from four overs of ingenious and bamboozling variations as the unfancied Rapids saw off Sussex to take the title.