Eight ways for England to deal with Steve Smith 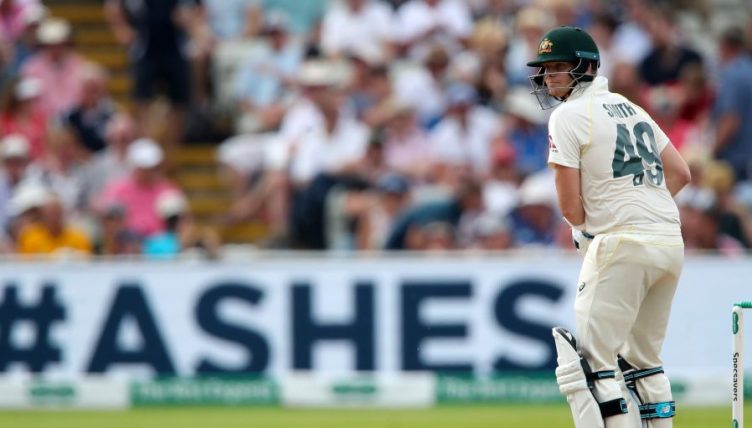 England, by their own admission, are pretty much out of ideas for how to deal with Steve Smith after his twin centuries at Edgbaston. Quitters. We’re not going to let his utter infallibility at the crease stop us. Here are eight foolproof methods for dealing with the Steve Smith threat at Lord’s.

Get Australia to ban him again
All England need to do is convince an Australia still enormously pleased with themselves for having not been appalling bastards for now very nearly a whole 18 months of their entire cricketing history that scoring 140-odd every time you bat presents a grave threat to the game. Being that much better than everyone else is, frankly, unsporting and tantamount to cheating. Australia will surely be swift to once again dish out another of their comedy, willy-waving, tear-inducing bans should they feel their place as the sport’s self-appointed moral arbiters is under further threat from their former skipper.

30-50 feral hogs
The United Kingdom’s absurd aversion to guns means Smith would be forbidden by law from taking a high-powered assault rifle to the middle when batting at Lord’s, leaving him utterly defenceless should 30-50 feral hogs run into the fabled greensward of the Home of Cricket within three to five minutes.

2018 Dukes multiball
England ordered a fresh batch of 600 2018-spec Dukes cricket balls for the series. It has a more prominent seam or some such thing, I don’t know. But never mind all that. Lob all 600 at him at once. See how the so-called Best Since Bradman likes them hand-stitched apples.

The nervous 140s
Smith looked distinctly fallible in the 140s at Edgbaston. Something to work on at least for the England brains trust. The simple facts are that after reaching 140 in the first Test his average was a positively Chris Martinesque three. Let him get to 140 as soon as possible and his dismissal will soon follow.

Deploy Jofradamus
Everything Jofra Archer has ever tweeted shall come to pass. This is known. Note how this tweet doesn’t say 23 *not out* from 9.

Let Steve Smith get to 23 from eight balls, and the rest is written.

Scrap DRS
Given the nature of both the umpiring and Smith’s batting at Edgbaston, it would seem that England are far more likely to dismiss him fraudulently than correctly. They’d have had him for just 34 in the first innings at Edgbaston were it not for some trivial guff about lbw requiring the ball to actually be hitting the stumps. This plan comes with risks, sure – Joe Root was for instance given out incorrectly four times in the first Test – but the odds are still massively in England’s favour here.