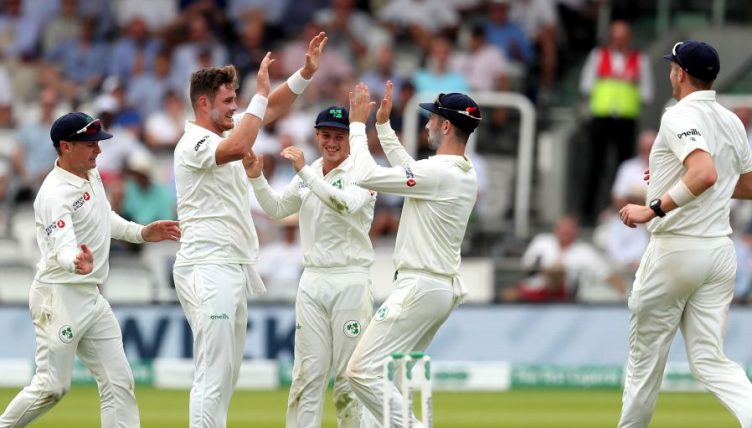 At least on Wednesday there were some excuses for England. None of them hugely convincing, but excuses nonetheless. An inspired Tim Murtagh, a green pitch, players struggling to make the mental adjustment of the return to Test cricket after Everything That’s Happened.

None of those applied today as England dragged themselves into a position of dominance on the back of an assured 92 from *checks notes* opening batsman Jack Leach and then proceeded to nonchalantly toss it away.

Having been handed that frankly absurd bonus of 92 runs from a nightwatchman-opener with a first-class average of 11 and reached a position of 171/1 on a stinking hot day against a wilting attack with minimal Test experience on what was by now a flat pitch, to then lose seven for 77 was worse than Wednesday’s capitulation.

Ireland, as they did on Wednesday, bowled with heart, skill and intelligence. Mark Adair in particular was excellent, a swing bowler of perspiration and inspiration who backed up his high-quality support act on day one with a leading role today.

Quicker than Murtagh, albeit not by all that much, he swings the ball both ways from an impeccable wrist position and against this England line-up right now that is enough. They play the moving ball every bit as badly as Australia did four years ago. Adair now has three wickets in each innings – including Root in both – and match figures of 6/98 on his Test debut. “It’s easier bowling that 18th, 19th and 20th over of the day when there’s a full house,” he said after play.

The rest of Ireland’s attack kept going diligently as the temperature soared and chances went down. They have waited an awful long time for this chance and weren’t going to give up the fight. It was admirable, it was disciplined and it was impressive. It should not have been rewarded with seven wickets for 77 runs.

England’s Test match batting is utterly broken and a fix looks as far away as it ever has.

Even the day’s good news for England comes with whopping caveats. It was beyond lovely that Jack Leach was able to look like a Test batsman for as long as he did. But it just hammered home the point that his team-mates were unable to match it. It’s not the first time England’s bowlers have shown their batsmen up, but it doesn’t usually happen as opener.

Jason Roy made precisely the sort of swashbuckling, fluent 72 that told us absolutely nothing we didn’t already know. And he didn’t even make it at the top of the order. He started the collapse when, despite having made 72 at a run a ball, became inexplicably frustrated at this rate of progress and tried to tee off. His wicket could be seen coming a mile off and gave Ireland an opening that they gratefully and skilfully exploited.

Maybe Leach, as the senior batting partner, should have had a word.

He was next to go, having survived a couple of lives behind the wicket before edging Murtagh to Adair at second slip.

From then until what is fast becoming the trademark Sam Curran counter-attacking rescue act it was grim. Joe Denly sold down the river by Joe Root, who himself was caught behind charging Adair. Jonny Bairstow endured a second nightmarish six-ball stay at the crease before bagging a pair when finally put out of his misery leg-before despite a review at the end of a superb over from Adair.

Moeen Ali fended a short ball to the keeper for the second time in the match, and Chris Woakes flashed at a wide one.

At the start of the day, Rory Burns’ struggles continued as he defended at a gun-barrel straight delivery on a sixth-stump line and edged behind. It is the worst and lowest-percentage shot in cricket; at least a big booming drive gets you some runs if you get it right. Burns has lost his confidence, his technique and his off stump.

A 45-run partnership between Curran and Stuart Broad helped drag England’s lead to 181 with one wicket in hand when lightning brought an early end to the day. It might prove enough to win the game, but even that will do nothing to mask the concerns about the batting.

Leach was the only one who really seemed to have a plan that he was willing to stick to. The only one with the clarity of thought required. He looked compact and assured and everything the other batsmen did not.

And none of this is new. Apart from the Leach bit.

Root averages 33.9 in his last 16 Tests, with just seven scores above 50 in 30 innings. Remember when England’s big problem was that he kept getting out for 80? Great times.

Today they were all shown up by a nightwatchman who now has the highest average of all England Test openers of the post-Strauss era.

Just another normal day’s cricket at Bizarro Lord’s, one when even the hottest day on record was brought to a premature end by bad weather.

That too probably helps Ireland, who would have had little to gain and much to lose had they been required to begin their run-chase in the final half-hour of the day. Or not, who knows any more. Tim Murtagh would probably have made 92 as nightwatchman.

Whatever. Now they can rest, return in the morning under blue skies, get Broad out and chase their place in history.