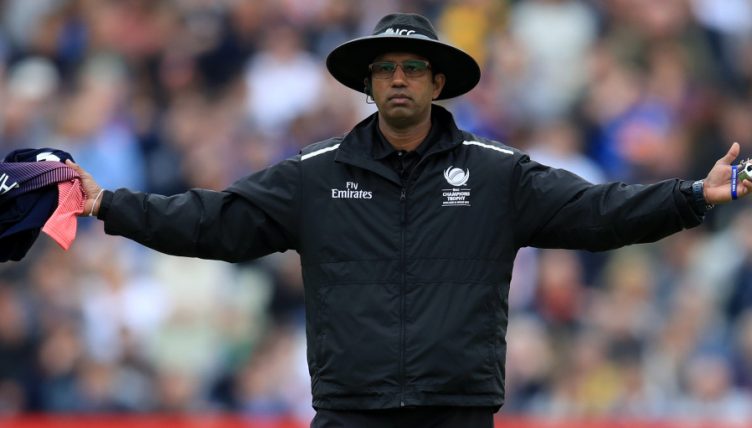 Football – you might have heard of it. Half-decent game, not as good as cricket, obviously, but better than most.

Anyway, the football. The soccer. Association Football. Footy. Those lads have introduced some new rules to keep the sport fresh. Good on them. Important to keep the game evolving even when you’re the most popular sport on the planet, although it’s good that they seem to have scrapped that silly one about not allowing rebounds on penalties.

Having established that rule changes are good, plus the fact it goes without saying that we have absolutely no issue with shamelessly piggybacking on stuff going on in a bigger and more successful sport, what rule changes should cricket make? If football – a less good but more popular sport – can accept it’s not yet reached perfection then it would be arrogant indeed for cricket to think differently.

Here are five quick changes absolutely guaranteed to improve our great game. (Not a guarantee.)

No wide if the batsman plays a shot
A lot of cricket fans are sniffy about baseball, but it’s good and this is one specific bit of inspiration cricket could take from its distant cousin.

If the batsman is daft or deceived sufficiently to swing at and miss a ball that would otherwise be called a wide then why should he get another go and a free run for his trouble? You lot are always moaning that it’s a batsman’s game and there’s nothing for bowlers any more. That’s bollocks, obviously, but why not chuck the bowlers a bone anyway? They’re a good bunch of lads, and it’s a tough job.

Such a rule change also adds an extra layer of decision-making to the batsman’s job – especially at the death – and it will be proper funny whenever a batsman lets the ball go in the expectation of a wide call that never comes.

Scrap the leg-bye
Bye-bye, leg-byes. I hate leg-byes. I hate them with a force and conviction that frankly scares me. I don’t know what I might do. They are the worst thing about cricket, and that includes Sheldon Cottrell’s salute, the 10-team World Cup and Michael Vaughan’s Twitter.

Every other way of scoring runs is either reward for the batsman, punishment for the bowler or fielders, or a combination of both. Obviously, some runs can be streaky or lucky – even all the runs if Brad Haddin’s involved – but fundamentally the idea is that runs are a result of the good work of the batting side or mistakes by the fielding side.

Leg-byes, on the other hand, are bullshit. The batsman hasn’t been good enough to get bat on ball, but because the ball happens to ricochet off his body to an unguarded location his team still gets credit for it? When you put it like that, you might as well just shut the game down and take up f***ing golf. And nobody wants that.

But it’s not too late. Just scrap the stupid things. If that’s too radical for the fat cats and the suits and the bureaucrats then at the very least we must end the nonsensical distinction that allows runs to be scored for a failed attempt to just get out of the way. Evasive action? Balls to that.

Bring back fake fielding
The well-meaning but wrong-headed decision a couple of years back to outlaw fake fielding removed a rarely-seen but welcome layer of good clean fun from the sport.

Given a large chunk of the game is literally about the idea of one player deceiving another, it seems bizarre to not allow it in the field. In a sport that quite rightly cherishes the switch hit and the googly, why not let Glenn Maxwell slide about pretending to have fielded a ball PERHAPS EVEN IN A MATCH HE’S NOT PLAYING IN, KNOWING GLENN, YEAH?

We’ve all seen that video of that keeper in village cricket pretending to have missed the ball in order to burgle a stumping and we can all absolutely agree that it was a very good thing indeed.

Introduce 12-man matchday squads
Cricket itself and a more serious piece than this urgently needs to address the fact that proper full substitutions are needed in all levels of professional cricket, especially in cases of injury and absolutely in cases of head injury.

What we will say here is that teams should be allowed to name 12 players before the toss and a final XI immediately after it. It’s a small move towards substitutions that doesn’t upset the balance and mechanics of the traditional 11 v 11 game once its under way.

By allowing teams to make one pre-match but crucially post-toss call – a second spinner if you’re bowling last, perhaps – you remove one potential layer from the issue of toss bias and, while the overall impact on the game itself may be minimal in most cases, it could only be beneficial. By allowing both teams to optimise their final XI based on the hand dealt to them at the toss the overall quality can – or should – only increase.

Instant 20-run penalty for any team fielding a player with the squad number 69
Grow up. It’s not a stag do.