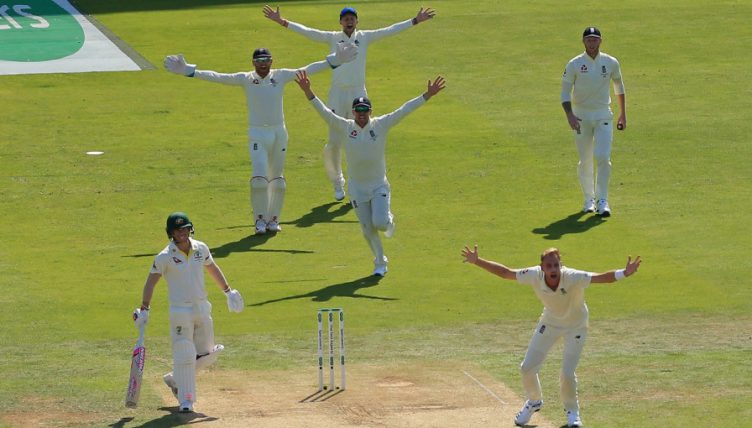 Four-day Test cricket. It’s the emotive issue that has split cricket right down the middle. On one side there are a handful of administrators and Michael Vaughan and tentatively Jos Buttler, and on the other literally everyone else.

But who’s right? There are a great many arguments against four-day Test cricket, but a lot of them on closer inspection turn out to be bumwater. Meanwhile, even the biggest opponents of the idea (i.e. circa 99% of all cricket fans and players) should acknowledge that however financially-motivated the idea may be (and it is very, very financially motivated indeed) there are some incidental, coincidental, accidental potential benefits that might happen along the way. “Collateral improvements” as friend of the site Alex Bowden put it splendidly on the Twitter yesterday.

So here we go, then.

The pros of four-day Test cricket

You don’t have to like it, but you have to acknowledge it. When the suits talk about the financial benefits of the four-day plan, plenty react like it’s a massive ‘gotcha’. It isn’t. The fact that something is financially beneficial certainly isn’t irrelevant to any professional sport and, more importantly, does not automatically mean it’s bad. Professional sports do need at some point to make money and certainly strive to avoid losing it wherever possible. It just shouldn’t be the only consideration.

You don’t have to like it, but you have to acknowledge that the uncertainty around the final day creates a financial risk, and while four-day Tests don’t solve this problem they do alleviate it.

You don’t have to like it, but you have to acknowledge that most boards make most of their money from white-ball cricket.

“Oh, think of all the thrilling final-day finishes we’d have been denied if Tests only last four days,” is a very common yet also ridiculous refrain when people moan about four-day Test cricket.

There will still be thrilling finishes, and our hunch is there will actually be more of them. Why would there not be? Tightening the time pressure keeps the draw in the picture for longer and more often. Draws without bad weather are now vanishingly rare. There’s an element of artifice in the contraction for sure, but with four-day Tests you should get fewer games where the result is a certainty after two days. There are lots of those games at the moment, because the non-rain-affected draw has died out. One happy accident of the four-day game may be to bring that back to life and, in so doing, reinvigorate plenty of matches that would otherwise spend half their time drifting to an inevitable conclusion. One could even, with just a small hint of mischief, argue that by bringing back the non-rain-affected draw, four-day Test cricket will be saving one of the sport’s traditions. A draw is a legitimate result, and some of Test cricket’s most memorable games have ended without a winner.

Related to this: you can’t just go back over old games and go “Imagine there was no day five there!” First, unless the plan is to introduce four-day cricket without telling the players (and as it’s the ICC it would be remiss to entirely rule it out) this is meaningless. It should go without saying but sadly doesn’t: games would have played out differently under different playing conditions. Second, if you are going to pretend games would still have played out exactly the same way, you need to acknowledge that an awful lot of routine wins inside four days just got a lot more exciting.

A chance to fuck off the two-match series

This one is both a bit of a stretch – because it requires one to believe the ICC are acting in good faith and genuinely want to make Test cricket better and not just financially more appealing and also that they are capable of rolling it out in a proper, coordinated sensible and joined-up manner – but it’s also the potential benefit that has the most chance of winning round doubters.

Two-Test series are absolutely and irredeemably shit. One-off matches even more so. If all – or even most – series of two five-day games were replaced by three four-day games would that be a worthwhile trade-off? It should at the very least give pause for thought, before you rightly conclude this won’t happen and there will just be more T20s instead. But imagine it, though.

Remember, 15 of the 27 series that make up the current WTC are two-match nonsenses. Is that really a better representation of what Test cricket is at its best than three four-day games?

Don’t shout too loudly about this one, because golf also has this and remains dreadful, but there is something appealing about this. Test cricket currently operates on an eight-day cycle – five-day match followed by a three days of travel/recovery/preparation for the next one. Unfortunately, we have a seven-day week – thanks a bunch for that, Babylonians, you ancient fuckwits.

Four-day Tests neatly sidestep the Babylonians’ nefarious cricket-scuppering plans and it’s another thing that makes the pipedream of No. 3 on this list all the more tantalising. All series three Tests long, all taking three weeks to play. Neat and tidy and lovely.

This really ties in with No. 1 but just to make the point more starkly. Is the fifth day important enough to risk losing Test cricket altogether if it withers and dies in the places where it isn’t profitable? It’s all well and good to look at England or Australia and say there’s no need for Test cricket to change in those countries, but they are still going to need other countries to play against every now and then. Even the suits don’t want Test cricket to just be the Ashes. Mind, Test cricket can’t actually get much more traditional than occasional four-day games between England and Australia.

The cons of four-day Test cricket

Over-rates in Test cricket are bad and getting worse, which will completely knack four-day Test cricket

That’s it. And that’s all it needs. Until this ceases to apply it really should be the end of the argument.

Ignore the guff about tradition and the unchanging nature of a sport that has been played over three, four, five, six and unlimited days with rest days and without on pitches covered and uncovered with red balls and pink balls in daylight and under floodlights with helmets and without etc. and so on.

Definitely ignore those who think you can prove some kind of point by going back through history and retrospectively hacking fifth days off classic matches like people won’t know in advance that the games are only four days now.

But if the ICC really wanted to do this properly, and genuinely had the game’s overall wellbeing at heart, then they would be making a proper attempt to tackle over-rates in five-day cricket before even thinking about four-day games. That they are not is far more revealing than someone admitting four-day cricket saves a shitload of cash.

You will never, ever get the overs you need to get in to make four-day Test cricket work without significant change in approach and intent from players and officials. There is zero evidence that this change is likely, and precious little that it is even possible. There will not be 100 overs a day in four-day Test cricket, and four-day cricket cannot afford to lose 10% of every day’s play like the five-day games currently do.

Until Test cricket can show that it is still possible to regularly achieve 15 overs per hour in the era of Hydration Breaks and DRS, then four-day Tests are – or should be – a non-starter. Done.

Okay, a little bit this as well. While worrying too much about what to do if it rains leads us down a path where cricket just gets sacked off altogether, four-day Tests are inevitably more vulnerable to bad weather than five-day games.

A day’s washout takes out 25% rather than 20% of the total playing time. That’s just maths. You also by definition have fewer days on which to attempt to make up any of that time, while the already longer playing days that four-day cricket requires reduce that opportunity still further.

At the moment, if you lose a day’s play (or the equivalent) you can still have a really excellent and exciting four-day Test ma… wait, that can’t be right.