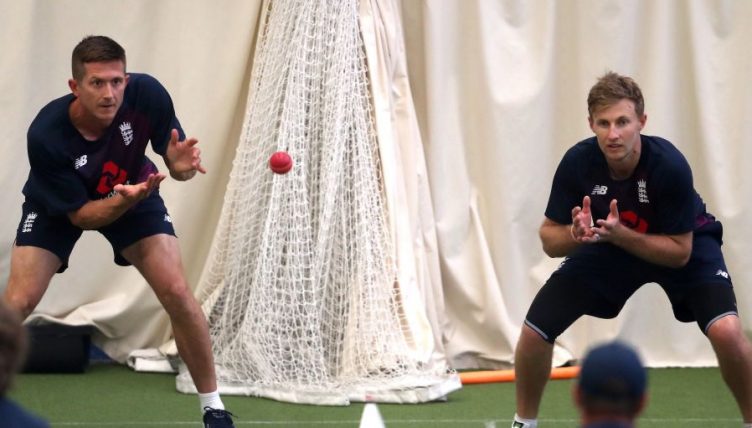 There are plenty of people utterly wedded to the bizarre notion that your best, rather than best-suited, player should bat three. It’s an objectively weird opinion but one that is surprisingly widespread – or perhaps not actually that surprising among a generation that grew up watching Ricky Ponting.

Anyway, those people will be happy because Joe Root is once again taking on the one role he doesn’t want, that of England’s Test-match number three.

Even if Root should bat at three – and at best the jury is out – England have managed to make it for the wrong reasons at the wrong time and in such a way that it doesn’t even look like an alpha, leadership, responsibility-taking role. The desperate last-minute nature of the change is shown clearly by the fact Root and Denly didn’t even switch in the batting line-up when they absolutely should have done against Ireland when Jack Leach’s antics gave England’s number four the chance to walk to the middle at the giddy heights of 171/2.

And we all know Root doesn’t want to do it. We know that because as soon as he gets moved up to three he takes the first opportunity to return to number four. And the Australians know it too; they will need little encouragement to remind him. It doesn’t really matter that batting at three and batting at four are fundamentally the same job in an England batting line-up held together with sticky tape and well-wishes. What matters is that it matters to Root. He is a reluctant number three and if he’s going to to do it then there needs to be a tangible upside to offset the massive risk of any negative impact on Root’s output.

By simply shuffling Root and Joe Denly around as England plan to do at Edgbaston, they get no real upside. It is a baffling move, one which appears to place additional pressure and scrutiny on England’s captain and best player for no good reason. Denly was fortunate enough to be batting in the top three for England; to have the plum draw of number four is crazier still. Denly is a good egg and a nice player, but he is also 33 years old and only three matches into an unconvincing and fortuitous Test career in which he has somehow rapidly failed his way to ever cushier roles: opener, number three, number four.

In reality, England have not really made the space at number four for Denly, but for Jason Roy. They just don’t want to move him there just yet. They have, in effect, served notice to two of their top four that they expect them to fail: Denly completely and Roy as an opener. Thus a spot has been created for Roy to slip into while AN Other (AN Cook?) takes over at the top of the order.

And that’s before we even get on to Rory Burns, a player currently struggling with his game the way the Prime Minister struggles with the truth.

It didn’t have to be this way. England are, as the Ireland Test emphatically showed, a very strange and in many ways very silly Test team right now. Their best chance is to embrace this chaos rather than try to contain it within orthodox team structures.

It’s hard to shake the idea that England’s determination to retain all four ‘specialist’ batsmen in the team is because to have any fewer than that feels so damn crazy. But England’s specialist batsmen aren’t all that good. Picking them because you feel you have to is the real crazy.

As things stand, with Jos Buttler, Ben Stokes and James Anderson all certain to return to the side that beat Ireland and with both Denly and Burns retained, England can select only one of Chris Woakes, Sam Curran, Jofra Archer and Olly Stone. In a straight batting contest between Woakes or Curran at number seven or eight against Burns or Denly in the top order it would likely be a close-run thing. Factor in the bowling and it soon looks positively reckless to retain both the struggling specialists.

England should embrace the fact that, as against India 12 months ago, they are likely to need – and very often get – the middle-order to save them from themselves.

Moving Root to three in order to leave out either Denly or Burns in order to retain a Woakes or a Curran alongside Archer or Stone would still be a gamble, but at least one with a tangible upside. Both Woakes and Curran have won Test matches for England.

Even keeping both Burns and Denly as sacrificial openers – and moving Root up to three – in order to accommodate Roy’s freakish talents in a more straightforwardly KP role at number four makes more sense than England’s current plan. Again, there is the possibility of tangible benefit there. Not least because you take all the pressure off the opening batsmen, whose job becomes quite literally to survive and protect the middle-order for as long as humanly possible. Their task would not be an easy one, but it would be a clear one. Leach’s effort at Lord’s highlighted how beneficial clarity and a simple plan can be. There is little clarity now.

For what it’s worth – which is precious little – the final option and the one preferred here is for Ben Stokes to bat at number three. If the World Cup did enough to convince people that Jason Roy can be a Test opener then it should certainly have answered any doubts about Stokes’ technique and ticker when batting is at its toughest.

In England’s two out-and-out batting disasters at the World Cup against Sri Lanka and Australia it was Stokes who stood tall. In the opening game of the tournament, before people realised 300 was actually a massive score again, it was Stokes who got England there. And then in the final, well, you all saw.

Stokes’ World Cup was one marked by his growing maturity as a batsman. He bowls less than he used to, and has resumed the vice-captaincy. The responsibility of number three is one in which he could be expected to revel.

With Stokes at three and either Burns or Denly opening and the other jettisoned, England are suddenly able to name two from Curran, Woakes and Archer. They are even, with six genuine bowling options, able to gamble on including Archer’s nearest like-for-like replacement Olly Stone if Archer is deemed too greater fitness risk. Archer (or Stone) would be able to bowl short spells of real hostility knowing there were others around to take up the slack. In Archer’s case, it would reduce his workload and with it that injury risk.

It will not happen. But it is a team selected from within the current squad that demonstrably improves the strength and depth of the bowling attack while even the most pessimistic assessment of the batting line-up is that it is no worse.