Root and England do what’s needed on a grinding day 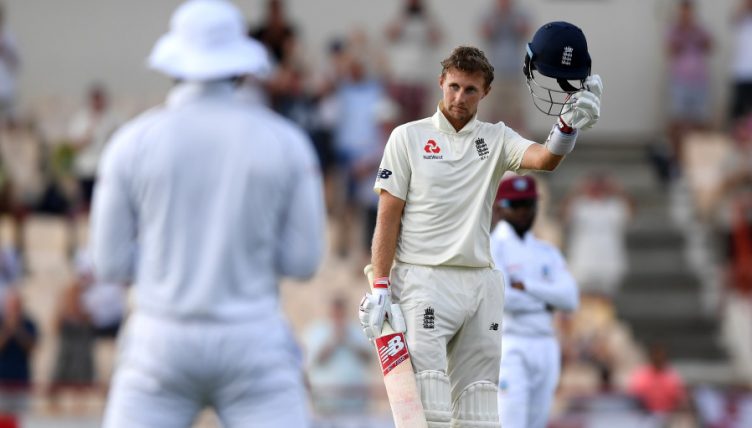 It was a good day for those number-crunchers who define a Test day’s value purely by whether the 90 overs were bowled in prompt fashion, but for the rest of us it was slightly harder work.

We shouldn’t complain. This was the first day’s play of the series that fell below greatness and there were still more than enough subplots to keep everyone interested beneath England’s thoroughly competent progress towards a face-saving victory.

In truth, nobody could really be blamed for a day that rarely stirred the senses. Rory Burns set a standard that was always going to be hard to match, chipping the first ball of the day off his pads straight into the hands of Alzarri Joseph at square-leg and in the process thoroughly ruining the Barmy Army’s ritual daily Jerusalem self-indulgence. Overall, then, a fine day for Burns.

But from the moment Keemo Paul pulled up lame pursuing a Joe Denly drive to the boundary this kind of day was always on the cards. With the West Indies a bowler down and struggling to raise themselves to their Barbados and Antigua heights in what is a first experience of a victorious dead-rubber situation for all these players, it was always likely to need some more spectacular English incompetence to prevent a day spent setting things up for the remaining two days. And England are going to win now; after the first two Tests they can’t be criticised for doing what was necessary to make that so.

Joe Root won’t care a jot that it was dull as he completed his 16th Test century at the end of a difficult series. It was not by any stretch his best or most fluent innings, but many of the technical issues that have bedevilled him over the last few weeks appeared to be gradually ironed out even if the shot selection remained questionable at times.

Out-of-form hundreds can be some of the most satisfying and Root will rightly ignore the usual complaints about dead-rubbers. You can be damn sure another failure would not have been written off because the series was no longer on the line.

He still looks out of form, but the hundred might be all he needs to get back on track. It worked for Alastair Cook in 2010.

For a great batsman, Root rarely seems to keep people satisfied. If he scores 50s but not hundreds his conversion rate is queried and he’s criticised for not making a more telling contribution. If he peppers a run of low-scores with the odd century – and this was his third hundred in seven Tests – his consistency is called into doubt. If he scored 150 in every single innings between now and the end of time there would be those harrumphing that he wasn’t doing so at number three.

Whatever the relative merits of Root’s century, it’s clearly excellent news for England at the end of a series where it’s been in short supply. Ditto another half-century for Jos Buttler who in a neat twist has become England’s most consistent and reliable run-scorer – although with 14 half-centuries and just one century he will surely soon come under scrutiny for the same reasons as Root 18 months ago. If he’s not keeping and batting five, centuries will be needed somewhere along the line.

He was unfortunate today, though, in getting the ball of the day from Kemar Roach during the one genuinely intense passage of play in the day with the second new ball. An 85mph leg-break delivered from wide on the crease and angling sharply off the pitch to hit off stump would’ve done for most. Buttler got nowhere near it.

England’s third Joseph also had a good day, but the long-term benefits of Denly’s efforts are perhaps less clear. It was in many ways the perfect water-muddying knock. In making 69 fluent but slightly streaky runs he did just enough to ensure he will be hard to drop but did so in such a way that casts serious doubt over his long-term credentials at the highest level. Excellent.