Test cricket is weird and brilliant; of course no wickets fell today 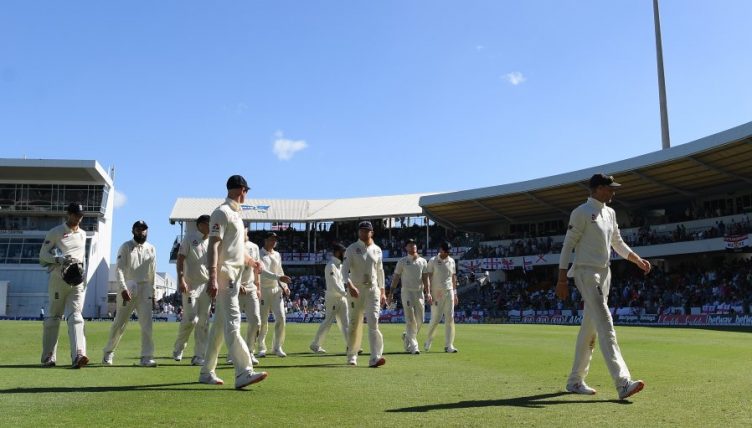 There was one particular moment of Jason Holder’s remarkable day that stood out for me.

It would be overselling things enormously to say it was the most significant or revealing moment of a day when he made the second-fastest West Indian double-century in Test history and the third best score from number eight in the format’s history.

But it spoke to the character of a man who has taken on one of sport’s most thankless tasks and not only not been beaten by it but thrived.

Late on a day in which Holder and Shane Dowrich had put on a ludicrous and unbroken 295, Holder found himself still very much in the game with ball in hand. He’d bowled 3.2 probing overs and given up just a single run when he served up a leg-stump half-volley that Rory Burns clipped unfussily through midwicket for four. Holder grimaced and raised his hand in apology towards his team-mates in the slip cordon. Think you’re all right there, mate, to be honest.

While Shimron Hetmyer may be the Caribbean’s next superstar, and quite right too, Holder is the best thing that has happened to West Indies cricket in the last decade. Even after this astonishing innings it’s probably still fair to say that batting is third behind both his bowling and captaincy in its importance to this team.

Holder’s career stats are becoming hugely impressive. Having been dangerously close to specialist captain territory as recently as a year ago, albeit an admirably impressive specialist captain, he is now perhaps Test cricket’s leading all-rounder. A genuine triple threat. His Test batting average now stands at almost 34, his bowling mark at 28.

1 – Jason Holder (@windiescricket) is the only player to score 500+ runs and take 30+ wickets in Test cricket since the start of last year. Numbers. #WIvENG pic.twitter.com/XDw3ak7TP1

England, though. Bloody hell. What a team. They’ve won eight of their last nine Tests and today failed to take a single wicket yet still had a better day than on Thursday. Any team can have a bad game, but this is in danger of becoming a little bit silly.

There is long-term damage being done. Ben Stokes has bowled 50 overs at full tilt, the only way he knows, which is his biggest workload since knee surgery three years ago. He is remarkably fit even by the standards of this remarkably fit team, but there are limits.

This is a massive year for England and this is the worst possible start. If Stokes picks up an injury before the World Cup or the Ashes, it will not take much to trace it back to its source. And then there’s James Anderson…

Yesterday I called England’s misreading of the pitch and subsequent selection error irrelevant. In the context of this match, it still is. But with Sam Curran, Adil Rashid and Moeen Ali offering Joe Root no threat or control he was forced to go back to his two main men time and again. That may not be irrelevant at all.

Root was left with little option but to resort to his own mixed bag of occasionally spinning all-sorts and Keaton Jennings gentle medium-pace.

Root, though, is a fascinating bowler. It’s no exaggeration to say he has been England’s best leg-spinner in this Test, despite only taking up the art for a bit of a laugh last year having apparently decided Test captaincy wasn’t presenting enough of an all-consuming challenge. Come on, Jason, where are your leg-breaks you absolute fraud?

The England captain should have had a wicket here, ultimately unlucky that the first time his entirely undisguised variation actually confused a batsman it also got the better of the umpire, Chris Gaffaney inexplicably deciding a ball hitting middle-and-leg two parts of the way up was going somewhere else entirely.

But had Gaffaney given that we’d have been denied both Dowrich’s century and Test cricket’s 24th wicketless full day’s play arriving directly on the back of one featuring 18 wickets to remind people once again that Test cricket is the greatest and also weirdest sport there is.

Burns and Jennings deserve their own share of the credit for that particular stat. They may have had to face only 20 overs but unlike Holder and Dowrich were a) knackered and b) facing bowlers who were not.

Burns in particular looked in good order, cutting with authority when offered any width and, for all what commentators are required by law to describe as his “moving parts”, tight and compact when playing through the legside.

He and Jennings were largely untroubled in reaching 56/0 at stumps on a pitch that appears to have gone completely to sleep, setting everything up perfectly for England to be bowled out by lunch.