The Hundred is two different things: a shambolic catastrophe and a great cricket tournament 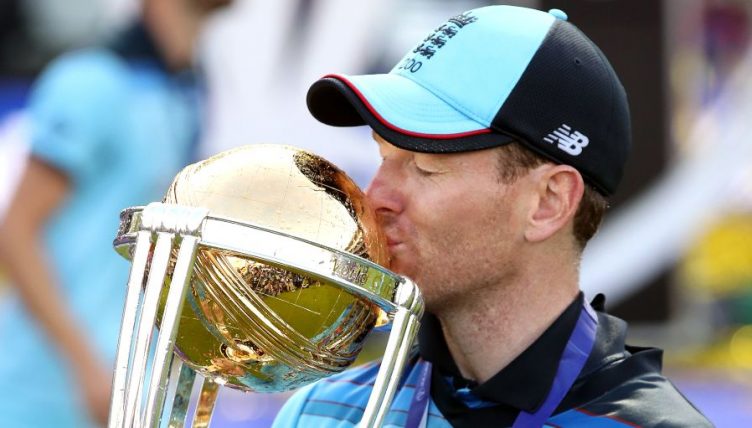 Sorry, but this is another article about The Hundred. I know, I know. Feel free to just go and read something else now. Or go for a walk. Might not be raining where you are. Get one of those little jobs done around the house that you’ve been meaning to tackle but just never seem to get around to. You’ll feel better for it. Reading this isn’t going to make anyone feel better about anything.

Still here? Right. Fine. Can’t say you weren’t warned. And that shelf won’t put itself up, you know. So. The Hundred. For a while now it’s been clear that we’re going to have to treat it as two distinct things. But the announcement of a stellar list of names already signed up for the draft later this month crystallises this idea.

Because there are two things about The Hundred that are now actually quite hard to square. The first is that it’s a catastrof*ck disaster of a nonsense, an example of how not to do a thing that is so perfect in its ineptitude that it should be a case study in books about how not to do a thing, if such books are indeed a thing. And have been done well enough to include this disastrous attempt at doing a thing.

At every stage of its development, The Hundred has got it wrong. The first plan still had six-ball overs and the infamous fresh tactical dimension even though 100 doesn’t divide by six. It has alienated existing cricket fans, come up with laughably obvious bullshit reasons for why it isn’t just a T20 tournament, and implied that women are a bit thick. It has convinced itself a US rap concert audience could pass for an English cricket one. And its press releases. Very weird. Short sentences. Impossible to read. Why? Don’t know. Presumably some media wonk has confused illiterate for snappy. Anyway. What’s wrong with The Hundred? Almost everything.

But… there is a but. Here’s what else The Hundred is going to be. A pretty bloody good cricket tournament, on the field at least. It’s up to you how much that actually matters when set against the risks it involves and the damage it’s already done, but lord help us we’re actually starting to look forward to it.

In practice, the hundred-ball format will be largely indistinguishable from T20. In one way, that’s another weakness: why take this massive risk with the format if it isn’t even going to be markedly different? In another way, it’s a strength, because T20 cricket is ace. And the standard is going to be very, very decent indeed.

Players of that stature playing in England is nothing new. Most, almost all, of those listed above have played in one iteration or other of England’s T20 comp. But having that number of, for want of a better word, elite players in England for a whole tournament all at the same time, that really is something new. Certainly in the days since an irrevocable shift in the fundamental workings of the sport meant that the best players in the world could no longer just pop over to England for half a year every year.

Then you’ve also got the fact that this array of world-class talent, along with the best players from the Blast, will be concentrated in just eight rather than 18 teams. Here then, is the inconvenient truth: The Hundred, even if it proves to be the biggest disaster in the game’s storied history of disaster, is going to have the highest on-field standard of any English domestic tournament in at least a generation and probably much longer.

Pretending otherwise is just silly. You absolutely can argue that overall standard isn’t what matters. That you can have thrilling games between ropier teams and dull ones between teams of superstars. That going all in on English cricket’s future for an untested format nobody else plays is still an unacceptably reckless gamble. That nobody will care about the new teams anyway and Somerset supporters would rather watch a lower-standard Somerset side that they do care about than a Western All-Stars XI. All valid. But there’s a reason why elite sport attracts the biggest crowds and the most attention. And however wrong everything else about The Hundred has been and will almost certainly continue to be for a good while yet (the draft itself, by the way, is almost certainly doomed, given that it will be dull and interminable because drafts are always dull and interminable and The Hundred has zero goodwill to carry it past that) the actual cricket is going to be great. And just as certainly, people will tie themselves in knots pretending it isn’t.

We can’t wait, to be honest. Counties are silly anyway.