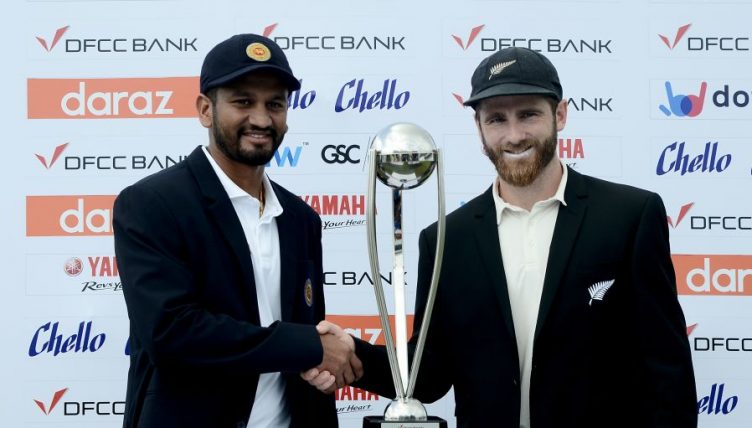 We need to talk about the scoring system for the World Test Championship, because nobody else is and it’s actually mental.

Even with India sitting pretty at the top of the early WTC table, it is struggling to hold anyone’s attention when put up against Steve Smith’s runs, whether it is okay to impersonate Jack Leach, and the earth-shattering revelation that the British establishment isn’t really bothered about a bit of domestic violence or racism.

In a lot of ways, it’s pretty lucky that nobody is yet talking about the WTC, because let me tell you this. They’ve f*cked it. They tried to be clever with the scoring system and have made a mess of it. The good news is that there is one really easy change that soves an awful lot of it and I reckon they’ve still got time to change it before anyone notices. They’ve already made one very minor change, after noticing that their mad scoring system required awarding 13⅓ points to each team if a match in a three-match series ends in a draw they just quietly dropped the ⅓ of a point.

Let’s be honest, every individual element of that sentence gives some clue about the convoluted and flawed points system as it currently stands.

Before getting into it, it’s worth stating that there is some sympathy here for the WTC’s creators. It had taken so long to finally get a WTC launched that it had reached the point where they just needed to do it. That meant bolting it on to the existing Future Tours Programme and, inevitably, the first instalment at least not being perfect. But that doesn’t excuse a points system as bad as this.

The core problem with the WTC as it stands is that a few countries make money off Test cricket and therefore like to play lots of it. The others don’t, and like to play as little of it as they can get away with. A simplification, but that’s the crux of it. You’re no more likely to get England to agree to play nothing but two-Test series than you are to get Sri Lanka playing five-match series against everyone.

The solution, and it’s not an entirely bad one, was to award 120 points per series, regardless of how many matches are in that series. So in a two-match series, half the 120 points are up for grabs in each game, all the way down to one-fifth of the points for each game in the Ashes. It means you end up with a situation where a Test victory can be worth as few as 24 points (in a five-match series) and as many as 60 (in a two-match series) which isn’t ideal but it does get you round the problem of how much Test cricket each country wants to play.

It’s a fudge, but it’s a workable one.

In an ideal world, you would of course solve this properly by making all WTC series three matches long. If teams want to play fourth and fifth Tests against each other, then by all means they can do so. Those extra matches just won’t affect the WTC table. Nice and neat.

The problem is that most series don’t have extra games above the three, but one missing. Of the 27 series in the first WTC, 15 are played over only two matches. Rounding everything up to a three-match series would in all likelihood require a fair bit of central funding. Cricket could absolutely afford to do this, but absolutely does not want to, because cricket, like everything else, is ultimately run by bastards who think it exists to make money rather than makes money to exist. But that’s a huge and fundamental problem to solve and one we’re not about to take on.

We’re not trying to make the WTC perfect here, though. We just want it to be less bad than it is right now. And that can be done with one small, quick easy amendment. Give half the available points for a draw instead of one-third. That’s it. Tiny change, and an instantly fairer, simpler scoring system

Here’s why. At first glance, awarding one-third of the points for a draw looks fine. It’s only what football has done very successfully for a long time now in an attempt to reward bolder play and the pursuit of victory. But there are a couple of problems with the specifics here.

First and most obviously, Test cricket right now doesn’t really need to encourage teams to go for wins. More importantly, though, once you’ve solved your lopsided schedule by deciding that each series – rather than match – carries a points total, you really need to award all those points in each series. It’s series wins your points system is actually designed to reward, the matches are just the building blocks of that.

Having only a third of the points for draws throws up so many possible hypothetical daftnesses that it’s all but certain at least one of them will strike the WTC at some point.

The most extreme example, and fair play this one is unlikely, will come if a team wins a five-match series 1-0 like they used to in the olden days. Under the current scoring system, the winning side in that series would score 56 points; 24 for their win and eight each for four draws. In other words, they will score fewer WTC points for winning a series than they would get for drawing a two-match rubber 1-1. Your competition to promote Test cricket with a points system designed to encourage victories has therefore here rewarded teams that a) play less Test cricket and b) drawn a series.

The partial defence of this is that there is value too in denying points to your opponent; the losing team in our olden days throwback 1-0 series gets just 32 points for their efforts. But it really is only a partial defence. First, in many series the total points earned by your opponent will be irrelevant; if they are not in direct competition with you for a spot in the table it is meaningless how many points you allow them, only how many you are able to get for yourself. Second, this is a league where not everyone plays everyone. Everyone has two teams they do not play and are therefore unable to deny points in this way.

But that defence falls down completely in the imbalance in scoring for drawn series. At the moment, a 1-1 series draw can be worth 60, 53, 50 or 48 points to each side. If England win the fifth Ashes Test – no shut up, listen, it could happen – then they and Australia will each score four points fewer for that 2-2 draw than New Zealand and Sri Lanka did for drawing 1-1 over two Tests.

Fixing all the WTC’s problems will be a massive, massive job. But solving this one is easy. Half-points for a draw is not only fairer and easier to understand but immediately solves the above inconsistencies. With half points for a draw, you know that all 120 of each series’ points will be earned. Every drawn series will equate to 60 points for both sides. It instantly makes it impossible to score more points for drawing a series than winning it, while still offering tangible further reward for the margin of series victory.

Do it now. Do it before people realise. Do it before a team loses out by a couple of points and realises they’d have been better off not playing a third Test in one series. Quietly make this obvious change now, and all you have to do is give England and Australia an extra four points each for their draw at Lord’s. England aren’t getting anywhere near the final anyway, so really it’s just four extra points to Australia. And everyone loves Australia, don’t they?

Changing the scoring system of a tournament after it’s started is in general a terrible idea for about a million excellent reasons. But this scoring system is so bad that letting it play out might well be even worse.