Home Did You See Did you see… Alyssa Healy after she was out in the T20 World Cup final?

Did you see… Alyssa Healy after she was out in the T20 World Cup final? 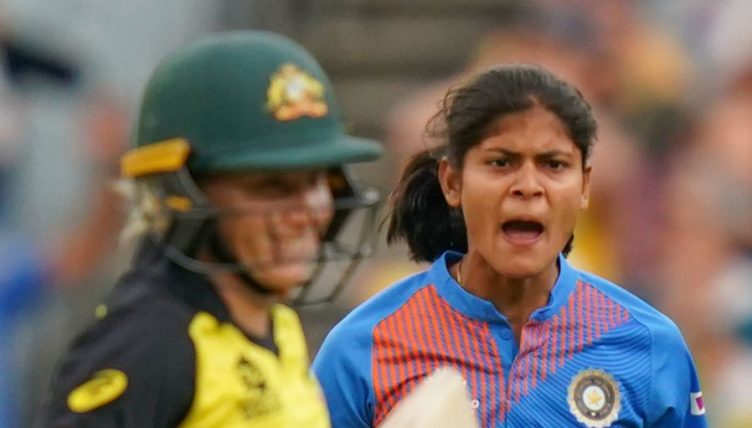 Mitchell Starc attracted a lot of plaudits for skiving work and sinking a few beers on Sunday, but some would say his wife achieved something even more admirable than that. It’s crazy, I know.

Next thing you know people will be saying that you shouldn’t open an article about Alyssa Healy with the words ‘Mitchell Starc’ because really, how is he of any relevance at all when you’re writing about how Healy just won the World Cup?

Alyssa Healy was out in the 12th over of the T20 World Cup final after hitting a lot of sixes. The lofted drive over extra cover is a big thing in women’s T20 and Healy appears justifiably fond of it.

It was a spectacular performance, but what followed was, in many ways, even more striking. The second her innings was over she did something so weird and out there that all-but-single-handedly winning a T20 World Cup final inside the first ten overs suddenly seemed all but unremarkable.

When Healy was caught at long-on by Veda Krishnamurthy, she stuck her bat under arm, removed her gloves and walked off.

So far, so normal. It was her face that was the weird bit.

Picture a departing batter immediately after they’ve been dismissed. Think of anyone, anyone at all – anyone who isn’t Muttiah Muralitharan. What do they look like as they walk off? What face are they making?

What are you picturing? After being dismissed, this person’s probably angry – most likely with themselves, possibly with an opponent or maybe with the umpire. Other emotional options are remorse or guilt. Or maybe they’re stoic – all deadpan and businesslike.

There are many different facial expressions you might expect to see, but all of them are very serious because if you are a cricketer, getting out is always, always a very serious thing.

As she walked off the pitch after being dismissed in the World Cup final, Alyssa Healy’s face was smiling. Not a rueful smile, or a sarcastic smile. A smile-smile. A happy smile.

She later said that she was given a “gobful” of a send-off by India, but apparently she took this as further evidence that things were going swimmingly.

And here is Alyssa Healy when she got back to the dugout.

Standard operating procedure when dealing with a dismissed batter is to ‘give them a bit of space’. Upon being dismissed you’re supposed to swear and kick a few things. Maybe seek out and punch a locker.

And look at everyone else. Everyone else agrees. It was mad and brilliant and what the fuck else are we going to do but be really, incredibly happy about it?

Cricketers always talk about being positive. Having a positive mental attitude is an entry requirement if you have any ambitions of playing professional cricket at press conference level. But what could be more glass-half-empty than dwelling on the one thing that went wrong in the immediate aftermath of an innings where a great many things went incredibly right?

Alyssa Healy has got it right and pretty much everyone else in cricket has got it wrong.