Home Did You See Did you see… Ben Stokes react to being run-out by a deflection? 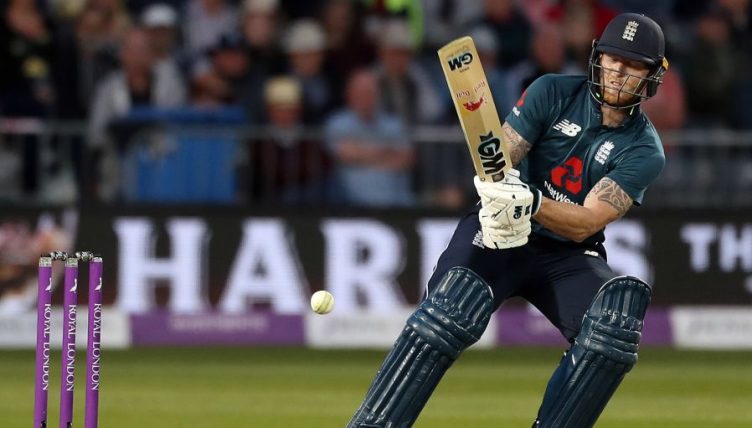 England were playing Pakistan in Bristol. Moeen Ali was facing Shaheen Afridi and Ben Stokes was at the non-striker’s end.

Even Stokes affords himself a chuckle after he is run via Shaheen's ankle after a straight drive from Ali! 😆

Shaheen bowled a full straight one and Moeen drilled it back at him. Shaheen – clearly inspired by Jimmy Anderson’s ill-advised “my kneecap felt like it was on the other side of my leg” accidental fielding effort from earlier in the week – deftly left a stationary ankle in the ball’s path and deflected it onto the stumps.

Stokes – a man in innocuous-to-poor batting form ahead of the World Cup and not normally known for being possessed of a snakingly long fuse – reacted to this unfortunate run out not precisely how you’d imagine he would.

His first reaction was, perfectly understandably, to roll his eyes so hard as to actually knock his head backwards. He then broke into the sulky bat-dragging walk that is routinely deployed by a just-dismissed Joe Root.

After that he… smiled.

Yes, it turns out Ben Stokes has got a rueful smile in his locker these days. Who knew? Previously the only thing in there was his fist.

It was a subdued response and some will worry about that. Stokes is an aggressive cricketer, they say. He needs that edge, they add.

Maybe they’re right. Maybe the aggression that sustains a fiery temper is directly linked to a player’s ability to bat aggressively. Maybe that’s a true and incontrovertible fact.

Quite what a furious Jos Buttler would be capable of is anybody’s guess.