Home Did You See Did you see… Jofra Archer get completely overshadowed for a moment?

Did you see… Jofra Archer get completely overshadowed for a moment? 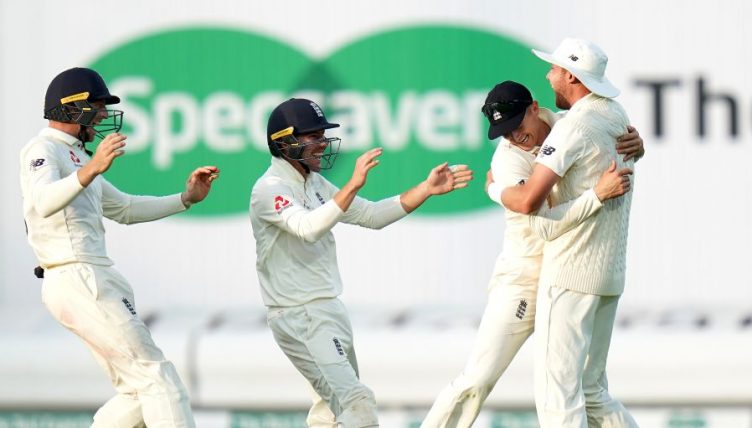 There’s a bit in Diamonds are Forever where the police are chasing “son-of-a-bitchin’ saboteur” James Bond through the streets of Las Vegas. It climaxes with Sean Connery’s Bond turning down a dead end and flipping his Ford Mustang up onto two wheels so he can escape down a narrow alley.

Sometimes I think about this scene when I’m watching Jofra Archer bowl – because an alleyway would not contain him.

Archer must have the narrowest and most perpendicular method in world cricket. If you for some inexplicable reason desperately needed someone to bowl in a ginnel, he’s your man.

He runs in straight, he jumps up straight and his arm bowling arm comes over completely straight too. He is, in an uncommon sense, an entirely two dimensional cricketer.

At the end of the match, he’d been so ridiculously prominent that it was tempting to conclude that he must have bowled a third of England’s overs. Turns out he had.

Despite all this, there was one moment – one very brief moment – where Archer was completely overshadowed, and weirdly it came when he took one of his five wickets.

With Australia 149/5 in their second innings and seven overs to go, Archer bowled a short one (of course he did) to Tim Paine.

Paine hooked it because I don’t know why – you’d have to ask Tim Paine about that one – and Joe Denly took a spectacular splay-legged starfish catch.

Denly with a marvelous one-handed catch at midwicket as Paine goes on the pull!

It was an excellent catch, but all anyone wanted to know in the immediate aftermath was whether it was The Greatest Catch Of All Time.

Replays revealed that while Denly had gained “good air” he unfortunately hadn’t been at absolute claw-it-in-with-your-fingertips full stretch when he made contact with the ball. It was therefore sadly apparent that this was not The Greatest Catch Of All Time.

That very faint sense of deflation and the simultaneous feeling that, ‘oh, maybe England do still have a bit of an outside chance of winning this one,’ masked something far more significant, though. Denly had arguably just produced The Greatest Celebratory Throw Of All Time.

Watch the footage again and focus on the moment when Denly gets up. Having taken the catch with his left hand, he transfers the ball to his right hand and then backhands it into the frigging sun.

This is such a weird way to throw a ball, but look how much he commits to it. Watch his right arm in the follow through. Denly threw the ball so hard he all but dislocated his shoulder to hit himself on the back of the left elbow afterwards.

Who throws a ball backhand and why? I’ll tell you who and I’ll tell you why. Joe Denly does, and he does it because he’s so bloody excited about taking a brilliant diving catch in an Ashes Test that he literally cannot wait until his arm’s in a position to throw forehand to commence his celebrations.

I think that is a sentiment we can all get behind.