Home Did You See Did you see… Moeen Ali clean bowled leaving the ball (and what does that tell us)? 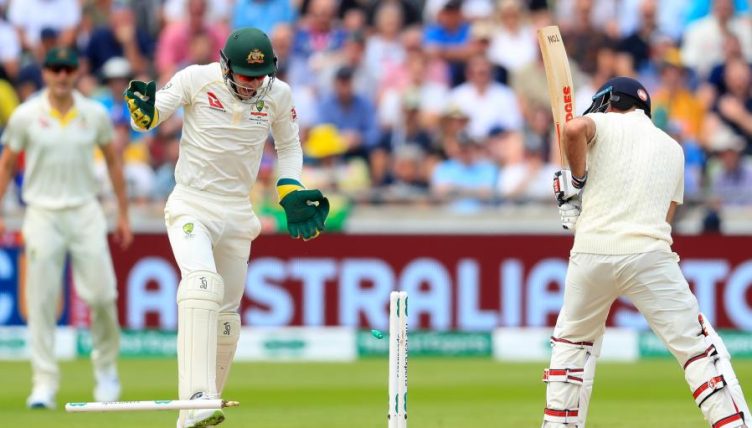 Midway through England’s now forgettably respectable first innings at Edgbaston, Moeen Ali located his off stump. It was difficult to miss because it was on the move.

Straight one from Lyon!

It was hard to know on what basis Moeen left that particular Nathan Lyon delivery. Watch the footage again and it’s a real challenge to envisage the ball going anywhere other than into off stump. Knocking out off stump was in fact a best-case scenario because the only other credible possibility was that it would have hit middle.

Moeen is a cricketer with an incredibly wide discrepancy between his best and his worst. One can only assume that he prides himself on it. Another cricketer with similarly bipolar output is Jonny Bairstow. Have the two of them entered into private competition to become England’s purest boom-or-bust Test cricketer?

Both men have performed brilliantly in the past, but now seem engaged in a helter-skelter race to bat at number 11.

The Yorkshireman then upped the ante with a pair against Ireland.

What can you do to compete with that? Moeen had notched a pair of his own in Bridgetown – one of which was a first-baller – but Bairstow’s Ireland effort was on another level entirely.

The answer is that you fight fire with fire, because any firefighter will tell you that is absolutely the most effective method of extinguishing a blaze.

Jonny Bairstow has two signature moves. One is the righteous, proving-the-naysayers-wrong hundred celebration. The other is getting clean bowled.

Moeen Ali has taken the second of those, and, unbelievably, improved upon it. If seeing a top-level batsman fail to keep ball from stumps is a breath-taking sight, then seeing one decline to even try is more akin to suffering a collapsed lung.

It’s hard to know where we go from here. Over to you, Jonny.