Home Did You See Did you see… Steve Smith smiling politely about The Hundred?

Did you see… Steve Smith smiling politely about The Hundred? 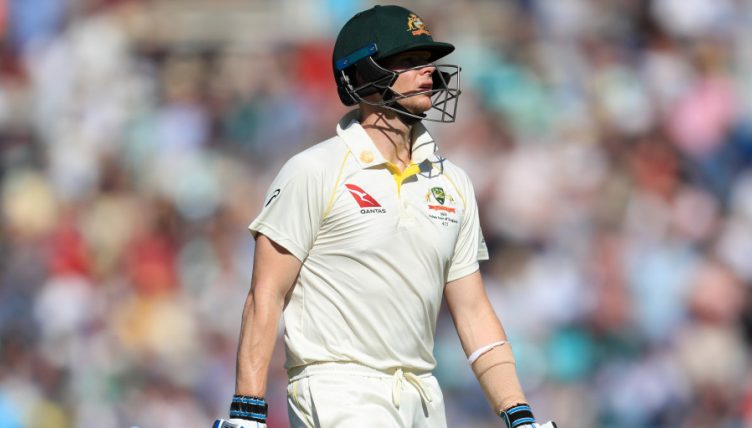 In the Homerpalooza episode of The Simpsons, Homer meets Billy Corgan from the Smashing Pumpkins.

A good joke, but also an accurate description of the social holding pattern into which we all descend when obliged to engage with something that we don’t fully understand.

And so to Steve Smith, the headline signing for Welsh Fire during this week’s Hundred draft. (Or do I have to say “this week’s The Hundred draft”? Because that’s very cumbersome wording if I do.)

I generally enjoy Steve Smith interviews in much the same way I enjoy The Office or Alan Partridge. Smith doesn’t really know how to pretend how to be normal like the rest of us do. All that time you invested in methodically constructing the mask that you present to the world so that the world doesn’t shun you – Smith spent that time in the nets.

Watch him bat. Watch his moves. Smith doesn’t know he comes across. He doesn’t care. The only thing Smith cares about is batting.

READ: Did you see… the outlandish plans from new England coach Chris Silverwood?

This means there’s a certain naivety to him that tends to make for good and slightly awkward interviews. But stuck up on the big screen during The Hundred draft, all we really got was bland, polite-smiling watchfulness.

The interview began with a bit of ‘Australia is nicer than Britain’ banter from Ian Ward and Smith responded to it by smiling politely and autopiloting a few words of enthusiasm about the new competition.

“It’s going to be exciting to be involved in the first 100-ball comp,” he said, flagging at the outset what would be the abiding theme of the interview.

💬 Looking forward to joining the Welsh Fire – Jonny [Bairstow], [Mitchell] Starcy and the boys there! Tom Banton is another good signing – he looks a quality player. 💬@stevesmith49 is impressed by the Welsh Fire's business after being picked up in #TheHundred Draft 💯

The only moment when I really felt a twinge of tension was when Ward said: “A few Aussies have been selected in the various teams. Has there been much talk about it amongst the players out there?”

There was no saying what Smith was going to do with this question. A trademark extravagant leave seemed the best option as what else was he likely to say? That no-one outside the UK particularly cares? That they all think the competition is faintly unhinged?

Had there been much talk about The Hundred?

“Not a lot, no,” replied Smith, before suggesting that the Aussie players had mostly just been getting on with State cricket. Then he smiled politely.

Here in the UK, we’ve been seeing a lot of anger and optimism about The Hundred – not remotely in equal measures. Here was another perspective – and perhaps the most common of all.

When Smith did that very first press conference about the sandpaper incident, he sat there and listened as Cameron Bancroft claimed that he hadn’t used sandpaper; that he’d actually used some tape to “get some granules from rough patches on the wicket.”

Assuming that this bizarre lie resolved the matter to everyone’s satisfaction, Smith said he wouldn’t be standing down from the captaincy. “We’ll move on,” he suggested.

READ: 16 notable omissions from The Hundred and why they weren’t selected

It is fair to say that Smith is not always 100 per cent aware of how his words are likely to be received by the wider world. Questioned about a controversial subject, there is a reasonable chance he’ll put his foot in it. When he was asked about The Hundred and didn’t really express much of an opinion, it seems safe to assume that he genuinely doesn’t have much of an opinion.

Sure, the £125k’s nice – I’m sure he has an opinion about whether or not he receives that – but on the format and competition, he offered next to nothing.

“The boys involved are gonna be really excited to join the first 100-ball comp,” he said.

The future tense again. They’re going to be excited. They’re not excited yet.

Despite the high profile draft, The Hundred is still too dim and distant and theoretical for a lot of people – the players, yes, but plenty of fans too.

Amid all the wild promises and white hot fury; the golden future and the smashing of pumpkins, there they are, standing there awkwardly, surveying the carnage, and smiling politely.