Home Did You See Did you see… Usman Khawaja ramp the ball into his own off stump?

Did you see… Usman Khawaja ramp the ball into his own off stump? 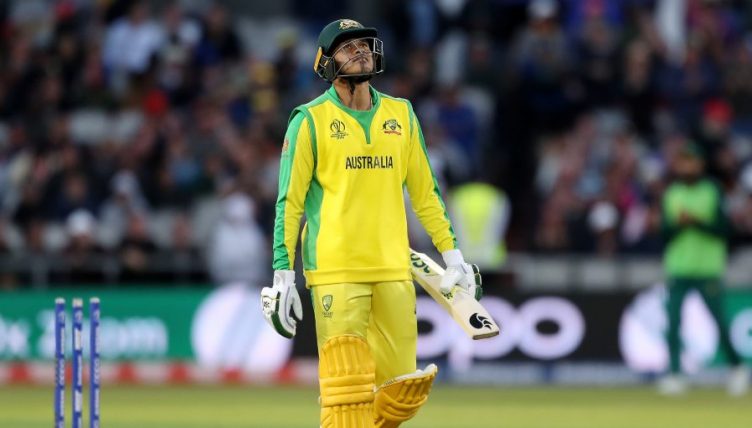 Everyone thinks the big Usman Khawaja development from the South Africa match was that he twanged his hammy. Despite it being ‘as good a strain as you can get’ according to Justin Langer, Khawaja has been twung out of the tournament.

Khawaja, who was already injured, returned to the crease with four-and-a-bit overs of Australia’s innings remaining. Facing a delivery from Kagiso Rabada, he sauntered way beyond his off stump, turned to face the bowler and deftly ramped the ball straight into his own Zing bails.

The Zings zang and Khawaja was no more. It was very weird, very fine, and clearly – clearly – a sign.

Australia have been a very odd team in this World Cup with their progress so far somehow both serene and wince-inducingly awkward. They’ve floated clankingly into the semi-final, like the ghost of a knight clad in weighty, cumbersome armour.

Just as an out-of-form batsman becomes more and more ‘due’ with every failure, so Australia must surely at some point have to face a bit of cosmological redress.

When Nathan Coulter-Nile top scores and you win, you’re owed one for that. Collapse like Australia did against Pakistan, you’re owed another.

Injuries are a small part of this, but injuries happen to every team. Injuries represent only a very minor redistribution of fortune. Ramping the ball into your own stumps on the other hand? That’s highly unusual.

That’s not a debt being repaid. That’s a debt being claimed. That’s fortune sending in the heavies to actively extract some of what it’s owed.

Khawaja’s wicket was just one payment. On the evidence of this tournament, plenty more payments are still to be made.