Home Did You See Did you see… Zak Crawley’s parry?

Did you see… Zak Crawley’s parry? 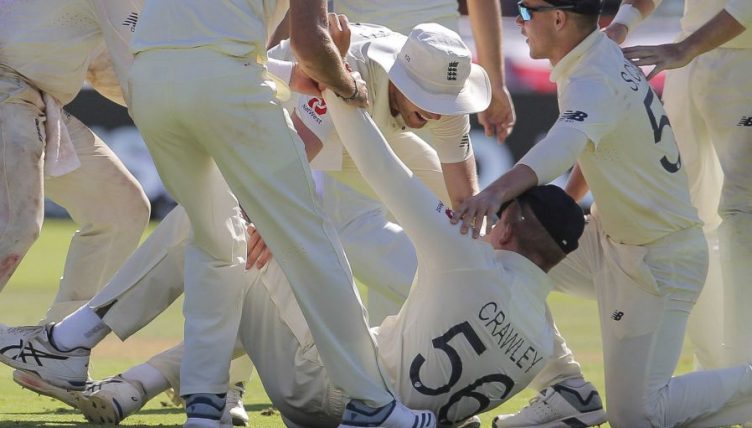 With a lower-case P. Not his Parry. As far as I’m aware, Zak Crawley isn’t in a relationship with Lancashire’s Stephen Parry. Even if he were, I’m not sure the spinner would appreciate the implication that Crawley somehow owned him. Stephen Parry is a man not a possession.

Yesterday I made the case that if it weren’t for Rory Burns getting injured playing football, Crawley wouldn’t have played this Test and therefore couldn’t have taken that catch and so really warm-up football won the Test for England.

If it weren't for football, Zak Crawley wouldn't have played and therefore couldn't have taken that catch. So really warm-up football won that Test for England.

You can’t argue with logic like that. Or at least you shouldn’t lower yourself to trying to do so.

Either way, I’m sure you’ll agree that parrying the ball before successfully grabbing it at the second attempt is one of the finest forms of catch.

A normal catch is over in what Boris Becker once referred to as “the blinking of one eye”. Parries take longer. They therefore give you slightly more excitement.

Skyers are good too for exactly the same reason – but parries are better because they’re two chances in one. A parry is both a drop and a catch (or sometimes a drop and another drop – perhaps even a whole series of drops.)

You can parry a ball that someone else catches and that’s good; that’s teamwork. But a parry to yourself is better because it’s a little redemption story.

One moment you’re a pitiful klutz who let all your mates down and then, an instant later, you’re a frigging hero and everyone’s piling on top of you like word’s just got out that you’re the world’s most comfortable mattress.

The modern boundary relay catch – which we so often see in T20 matches these days – is a scene from a superhero film. It’s undeniably spectacular, but far too skilful to properly make your stomach lurch.

There’s no human frailty and therefore no tension. It’s the X-Men making ostentatiously heavy weather of besting a group of foes, but you know they’re going to win because they have superpowers.

In contrast, the inadvertent parry is all frailty. It’s Dr Grant and the kids trying to stay motionless so the T-Rex can’t see them. It’s Dallas going after the Alien with a flamethrower when a flamethrower is clearly not enough. It’s most of Jaws.