Bairstow back in Test squad as cover for injured Denly 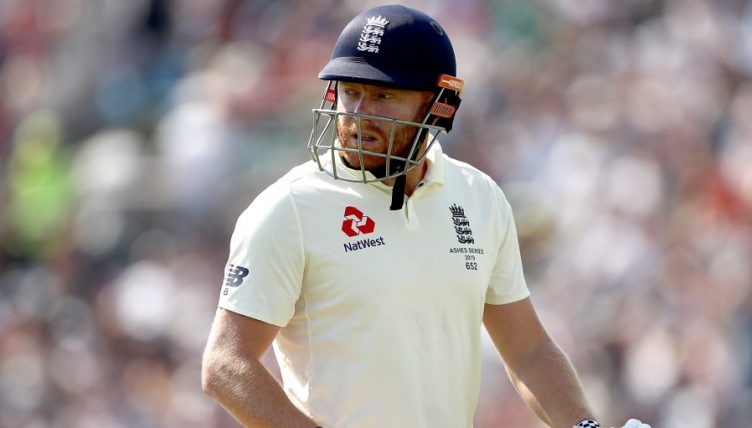 Jonny Bairstow will remain with England in New Zealand ahead of the two-Test series as cover for injured top-order batsman Joe Denly.

Bairstow was a notable absentee from the original squad, dropped after averaging just 20.25 with the bat in nine Tests this year.

He is currently in New Zealand for the ongoing five-match T20 series, and the ligament damage Denly sustained to his right ankle on the eve of the opener last week has led to England adding the Yorkshireman to the Test squad.

“Yorkshire and England batsman Jonny Bairstow has been added to the Test squad for the two-match Test series against New Zealand as back-up for the injured Kent batsman Joe Denly,” an England statement said.

Bairstow is set to be around for the two warm-ups in Whangarei next week and a decision will then be taken on whether he stays on for the first Test in Mount Maunganui, which gets under way on November 21.

Any decision will be dependent on Denly, who is hopeful of being fit for England’s second practice match, a three-day warm-up starting next Friday.

Denly is out of the protective moon boot he wore after rolling his ankle in practice the day before England started their winter schedule in Christchurch last week.

He trained ahead of the fourth T20 in Napier, taking part in some light jogging on Thursday before having a few gentle throw downs in the Nelson Park nets.

Before his injury threw his tour into doubt, Denly had been expected to retain his place after registering half-centuries in each of the last three Ashes Tests.

At Manchester and The Oval, Denly opened the batting but, if he can prove his fitness, it is anticipated he will drop down a place as part of a new-look top order.

Meanwhile, England’s Test specialists have arrived in Auckland alongside Darren Gough, who will act as a consultant for the fast bowlers ahead of the two Tests.

Batting coach Graham Thorpe has broken away from the T20 group to link up with the Test team, which will travel to Whangarei on Monday with the rest of the squad and management.