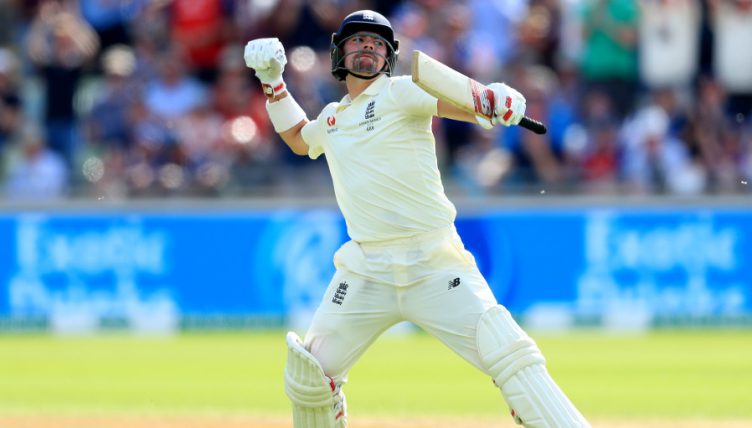 Rory Burns remains grounded despite cementing his spot at the top of England’s order and has backed Surrey teammate Dom Sibley to prove worthy of his place.

Only the talismanic pair of Australia’s Steve Smith and England’s Ben Stokes amassed more runs than the Surrey captain’s 390 across the riveting Ashes series in the summer.

A maiden international century in the Edgbaston opener silenced his detractors but with an overall average of 29.25 after 12 Tests and an onerous winter schedule about to start, Burns is taking nothing for granted.

READ: Buttler reveals how Trescothick has helped with ‘technical tweaks’

Burns is set to open the batting alongside new partner Dom Sibley against New Zealand at Mount Maunganui this week when the first of England’s eight Tests over the next few months gets under way.

He said: “You’re never truly settled because there’s always another Test coming. New Zealand have got a fine bowling attack to try and expose any weaknesses in your game.

“It’s a summer to build on for me but at the end of it there were a few scores I left out there, a few that could have been bigger than they were. So there’s a lot to keep improving on and that’s what I’ll try and do.

“I’m very much focused on what I can do as a person. The process of opening the batting, it’s natural you’ll get some low scores.

“There’s some pretty handy bowlers with a brand-new pill that you’ve got to face so whether that allows you some time I don’t know.

“But at the same point it is ‘can I be consistent in my process?’, knowing that if I get that right I should have some pretty big numbers.”

All 12 of the left-hander’s Test appearances have come in the space of a little more than a year, and he admitted: “Since I’ve come into the side it’s seemed pretty hectic.

“I’m managing to rack up the Test appearances quite quickly without even realising.”

Burns opened alongside Sibley when the Warwickshire batsman made his second-team and first-class debuts for Surrey and is relishing the prospect of being at the other end when the right-hander makes his Test bow, as expected, against the Black Caps on Thursday.

Burns said: “I’m very proud of him to have got to where he’s got to. We’ve batted (together) a fair few times so hopefully we can dovetail quite nicely.”

The pair are likely to offer England a stable foundation as they look to move away from a policy of selecting openers for their attacking flair.

However, when it was suggested Sibley is a beneficiary of England’s new regime, Burns pointed out his old friend’s record in the County Championship this year, when he was the only Division One batsman to register more than 1,000 runs and soaked up 1,009 more balls than his closest challenger.

Burns added: “Sibbo was the standout batter in the country regardless of position.

“He showed all his attributes, his determination, his character to bat for days at a time, to put up the weight of runs he did and to bat the number of balls he did in tricky conditions you get in county cricket with a lot of assistance for bowlers a lot of the time. He’s earned his spot.”