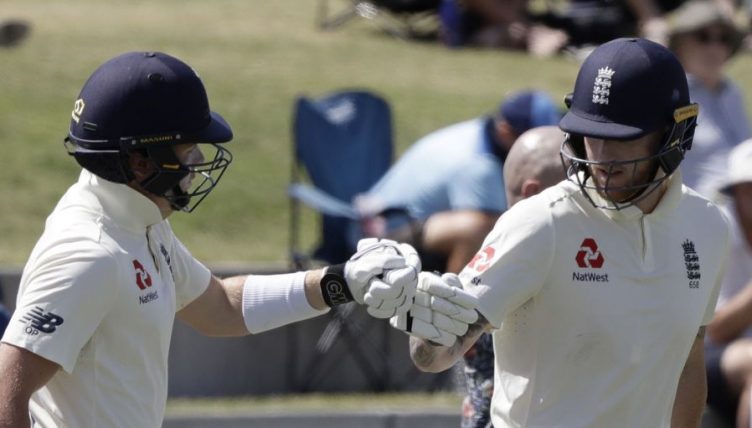 Sam Curran claimed the prize wicket of New Zealand captain Kane Williamson as England’s bowlers wrestled back the initiative after an all too familiar batting collapse in the second Test.

Ben Stokes’ dismissal for 91 sparked England’s slide from 277 for four to 295 for eight in the space of 21 chaotic deliveries – although an eventual 353 all out was their highest overseas first-innings total in nearly two years.

It may yet be a telling score as the Black Caps closed on 144 for four at stumps on day two, with Williamson wrenched out immediately after reaching his half-century with a delivery that reared up viciously at him.

The ball from Curran, who took two for 28 after being included at the expense of Chris Woakes, was the first major warning of variable bounce on a slow Bay Oval surface offering a hint of swing but little else.

Tim Southee also exploited a little movement to finish the pick of New Zealand’s attack with four for 88, taking three of his wickets and a slip catch during England’s slump as they threatened to utterly squander a good position.

There was a sense of a new dawn on day one after no lack of restraint from a regimented top-order, which followed the vision laid out by captain Joe Root and head coach Chris Silverwood for a more patient approach at the crease.

That strategy arose from a desire to eradicate the collapses that have become a common theme under Root’s captaincy, but England proved old habits die hard as the middle and lower order succumbed to some rash strokeplay.

They resumed on 241 for four, with Stokes taking to batting outside his crease as well as coming down the pitch to meet the ball, yet the more purposeful tactic led to his downfall as he chased a wider delivery from Southee.

Ross Taylor atoned for dropping the all-rounder on 63 on day one with a sensational one-handed grab at first slip.

Ollie Pope had earlier successfully reviewed an lbw decision given against him on 18 but he fell for 29 after being tempted into flashing hard at one that swung gently away from him, edging a catch to wicketkeeper BJ Watling.

Southee had two wickets in two balls when Curran was trapped in front by an in-swinger, before the New Zealand seamer took the catch which removed Jofra Archer in the next over off Trent Boult.

Jos Buttler and Jack Leach stemmed the flow of wickets and steered England into calmer waters, the former clubbing Boult for a towering six and hogging much of the strike in a 52-run stand for the penultimate wicket.

Buttler was dropped on 34 by Jeet Raval – depriving Southee of a five-for – but Santner proved a more reliable pair of hands, taking a catch in the deep, all the more remarkable given he had been signing autographs beyond the boundary rope moments beforehand.

Stuart Broad did not last long but England’s total was their highest in the first innings on foreign soil since the 2017 Boxing Day Test against Australia.

Broad and Archer were innocuous in New Zealand’s reply but Curran made the breakthrough with his third ball, Tom Latham peculiarly walking off after being given lbw despite Hot Spot showing an inside edge.

While Williamson looked utterly unflustered, Raval was uncomfortable against Leach and was perhaps fortunate to survive a review for lbw after missing a mow across the line, only to try the same shot and pick out Joe Denly at midwicket.

Ross Taylor was struck in the shoulder by a bumper from Archer before holing out for 25 off an ungainly top edge when Stokes dropped short but Williamson was the scalp they wanted most.

Having reached his fifty with an indeterminate prod off Curran, Williamson – batting minutes away from his birthplace in neighbouring Tauranga – fell for 51 to the next ball, taken aback by the sudden bounce of Curran and gloving to Stokes at second slip.

There was a brief worry before the close when Archer’s bouncer rattled Henry Nicholls’ helmet but the batsman went to the close on 25 not out, with BJ Watling unbeaten on six.