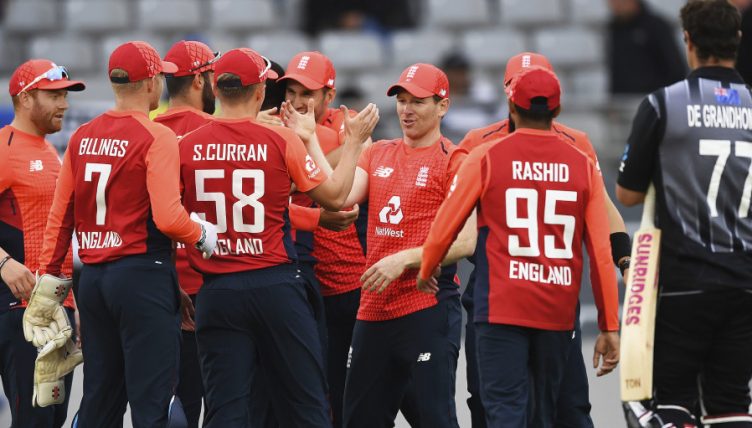 Don’t groan, we all know you love quantifying a player’s performance throughout an entire series with its myriad of variables and unforeseen circumstances into one neat little number.

The series is over so this has to be done. Grab a coffee and warm up those fingers as you prepare to rage on Twitter at why your favourite player was disgracefully given a six instead of a seven.

Jonny Bairstow: Made a paltry 43 from his first three innings before coming through in the clutch (sorry for the Americanism) in the deciding encounter with a meaty 47 from just 17. Recency bias should award him a seven but we’re not that weak-willed here at C365. 6/10

Tom Banton: Expectations were through the roof (perhaps unfairly) and Banton ultimately failed to have the impact he would’ve envisioned. Not a bad series all in all, though, with his 31 from 20 the catalyst that ignited England toward a T20-best total in Napier. 6/10

Dawid Malan: Unable to lead England over the line in Wellington and Nelson after tame dismissals but nobody will remember that now. His destructive unbeaten 103 in Napier set the series alight and his partnership with Morgan broke numerous records. Firmly back on the radar ahead of next year’s T20 World Cup. 8/10

James Vince: Vince was at his Vinciest this series with a delicious half-century in Christchurch underpinning a series-opening win, but questions over his temperament again surfaced after a tame dismissal in Nelson amid an England batting collapse. A spate of dropsy overcame him in the third encounter as his series unravelled in typical fashion. 6/10

Eoin Morgan: 2-1 down with a host of debutants and on the road. That equation spells series defeat for most captains but Eoin Morgan isn’t like most captains. Contributed mightily with the bat registering 192 runs at an average of 48 (S/R 193.93) to go along with his sterling leadership. Just go ahead and award him the captaincy for life now. 9/10

Sam Billings: Promoted to Morgan’s deputy for the series in the absence of the rested Jos Buttler, Tidy behind the stumps but a top-score of 14 not out will surely see him overlooked for the next white-ball tour to South Africa early next year. 4/10

Lewis Gregory: A curious series as the Somerset man never really seemed to get involved at the heart of things. Took a wicket with his first delivery in international cricket but was brought in to be England’s finisher with the bat and did not take his opportunity. 5/10

Sam Curran: One of six T20 debutants this series but his experience in other formats at the top level clearly showed. Bowled England’s first over in all five matches and only in Auckland did Martin Guptill and Colin Munro get him away – although he was not alone in coming in for some tap. Took at least one wicket in all five matches. 7/10

Tom Curran: Just one maiden was bowled in the entire series and Mr. T. Curran was the man with that honour. Showed he can be trusted at either end of an innings and has a claim to be in England’s best XI when everyone is available. 7/10

Chris Jordan: Add him to the list of English cricketers the Black Caps never want to see again. England’s leading wicket-taker in the series with seven scalps and almost single-handedly inspired an against-all-odds victory in Wellington. Performed World Cup-lite heroics in Auckland as New Zealand once again fell in a Super Over (Classic New Zealand). 9/10

Adil Rashid: Back in action for the first time since the World Cup final in July after recuperating from a shoulder injury, the Yorkshireman looked a little rusty although he put the brakes on in Auckland – one for 34 from three overs in a boundary-fest is much better than it looks. 6/10

Saqib Mahmood: An economy rate of 11.5 across his three matches simply won’t do and, while he came with a reputation of being able to hit 90mph consistently, he rarely got out of the mid-80s. At 22 his best years are ahead of him and this series should hopefully serve as an eye-opener to what international cricket is all about. 4/10

Pat Brown: See Saqib Mahmood. The step-up in class proved tough for Brown whose much-vaunted knuckle ball failed to trouble the New Zealand batsmen as frequently as he would’ve hoped. Three wickets and an economy rate of 9.84 represents a modest return but England rate him highly and he will be richer for this experience. 5/10

Matt Parkinson: Bowled only six overs in two games but took four for 47 in Napier, picking off New Zealand’s batsmen as they attempted an unlikely pursuit of 242. A lack of a googly may hold him back but, for now, he has certainly put pressure on fellow leg-spinner Rashid. 7/10