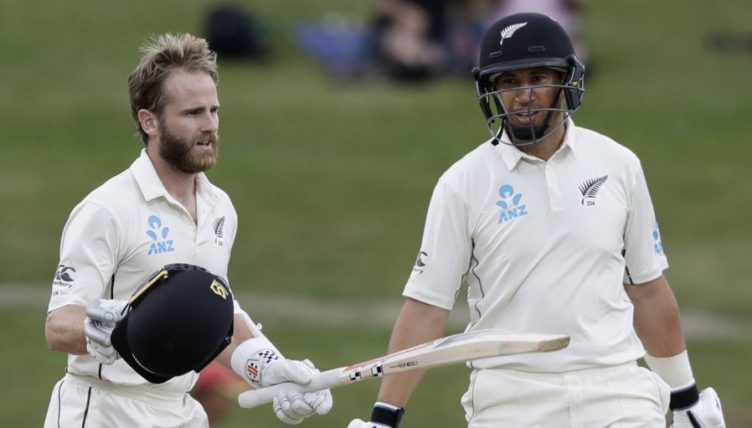 New Zealand captain Kane Williamson admitted he was grateful for Joe Denly’s butter fingers after helping the Black Caps close out a series victory over England at Hamilton.

Williamson’s 21st Test century and Ross Taylor’s 19th hundred in New Zealand whites in an unbroken 213-run stand staved off the prospect of an unlikely England win in the second Test.

The forecast rain had the final say in a drawn conclusion to the series but England were given a sniff as Williamson presented openings on 39 and 62, but first Ollie Pope and then comically Denly failed to hold on.

The latter was the most egregious, Denly seeing a straightforward opportunity somehow slip through his hands after Williamson had limply prodded forward off Jofra Archer’s knuckle ball.

Archer was already celebrating before the catch was taken only to look round and see the ball on the turf, drawing a wry smile from the fast bowler on what has been a challenging tour for him.

Williamson said: “It was fairly simple. No doubt Joe’s disappointed – Jofra certainly was. I was very fortunate, you don’t get many opportunities like that.”

New Zealand had slumped to 28 for two in their second innings on day four, 73 adrift of England, but Williamson and Taylor took them into calmer waters and had reached 241 for two and a lead of 140 before the inclement weather hit.

That guaranteed a 1-0 win for the Black Caps, their sixth series victory in a row at home and second over England in the space of 20 months.

Williamson added: “It was a great effort from the guys after being slightly up against it after the first innings.

“When there’s weather around it takes time out of the game so although there is frustration there in terms of getting a result, at the same time it was a good effort to end up with a draw.

“A lot of hard work went into saving the match in the end when time didn’t allow us time to win it. But overall it was a really good effort. There was a huge amount of fight from the guys which was really pleasing to see.”

New Zealand now travel to Australia in a three-Test series starting in Perth next week.

Stead said: “Both Colin and Trent are progressing well which is encouraging for us. I don’t know if I’m really confident but I’m quietly optimistic they’re tracking where we want them to be.”