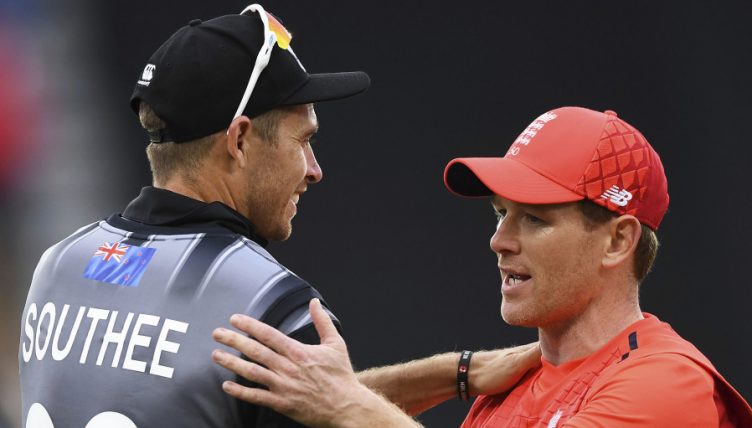 Eoin Morgan spoke glowingly about England’s latest crop of T20 debutants after securing a 3-2 series victory over New Zealand, with the captain stating: “we are further ahead than we thought.”

Without household names the likes of Jos Buttler, Joe Root, Ben Stokes and Jofra Archer, the five-match series was seen as an opportunity to blood some of the country’s finest rising T20 stars.

The experience gained from such a hotly-contested series should serve England well ahead of next year’s World T20, and England skipper Morgan was more than pleased with the contributions of his newest charges.

With a Super Over once again required to break the deadlock between the two nations, Morgan was asked whether he foresaw this method making the headlines again so soon after the World Cup final: “No, not at all. I definitely thought there was going to be a result in an 11-over game.

“I thought we’d either chase it down or we’d get beaten quite comfortably.

“The fact it went down to the wire indicates how the guys applied themselves and the level of skill they produced to get close. It was brilliant again and another step forward for us as a group.”

Chris Jordan was ultimately the headline act for England on Sunday, scoring 12 from the last three deliveries, including four from the final one, to draw the tourists level.

After Jonny Bairstow and Morgan had both bludgeoned sixes to lift England to 17 in their Super Over, Jordan bowled with plenty of guile to restrict New Zealand to eight for one in their reply.

Jordan may already be an accomplished T20 performer for England but this tour has seen England’s next generation emerge – and Morgan believes they have put pressure on the more established stars rested from the series.

With the start of the T20 World Cup less than 12 months away, Morgan said: “It creates a really good headache for us when it comes to selection.

“We are further ahead than we thought and the guys on this tour who will probably miss out on South Africa (at the beginning of next year) have raised that benchmark for guys who come back in.

“They are now almost expected to score runs and expected to do well because of opportunities given and taken by these guys.”