New Zealand could ‘fight fire with fire’ by unleashing Ferguson 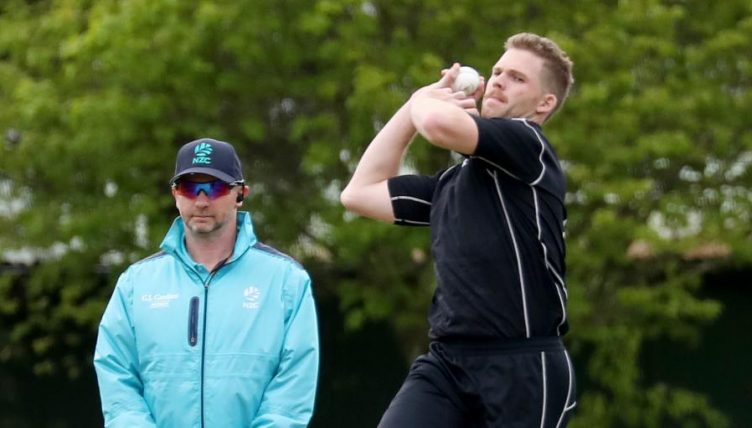 New Zealand coach Gary Stead is pondering whether to “fight fire with fire” and hand Lockie Ferguson his Test bow in an attempt to combat the threat of England gunslinger Jofra Archer.

All eyes will be on Archer on his first Test overseas, in Mount Maunganui this week, as he looks to carry on where he left off in the Ashes, where he took 22 wickets in four Tests at an average of 20.27.

Ferguson, like Archer, shone in the World Cup, bowling similar speeds in excess of 90mph and took one more wicket than his England counterpart across the tournament.

If he is given his Test debut on Thursday, or even over the course of the next few months, Stead hopes the 28-year-old paceman can make a similar impact in the longest format to Archer.

Stead said: “(Archer’s pace) is obviously a point of difference but we’ve got someone in our squad who bowls at a similar type of speed as well who’s pretty quick in Lockie Ferguson.

“It’s really exciting for Lockie and a potential debut for him at some stage as well to be able to fight fire with fire in some ways.

“(Archer) is a world-class player, he’s come on and started in the Ashes with a real hiss and a roar.

“For us it’s about getting used to that extra pace and then combating it and working out a way you can continue to score at. Jofra Archer will be a threat but he can only bowl from one end!”

It has been speculated that veteran seamer Tim Southee and left-arm enforcer Neil Wagner are most at risk if the Black Caps do decide to plump for Ferguson.

Trent Boult’s position appears to be secure but he has welcomed the extra competition within the group – which includes Matt Henry as well – and believes they have all bases in the fast bowling department covered.

“For New Zealand to have the stocks we do is exciting. We’ve got everything covered – from guys bowling 150k to swinging the ball around in the air.”

Boult, though, pointed out that they have won 10 and only lost one of their last 15 Tests on home soil without Ferguson.

He added: “That’s testament to the way the bowlers have stuck to it.”