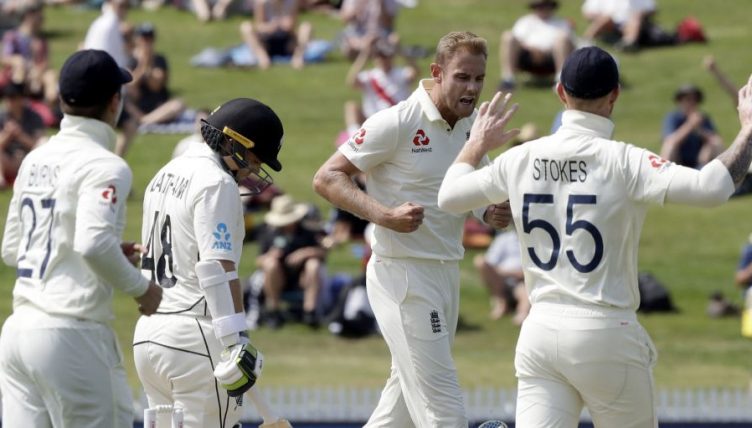 England captain Joe Root has called for one big final push from everyone as they attempt to level the Test series against New Zealand at Hamilton.

The tourists earned a 101-run first-innings lead after they were all out for 476 on the penultimate day of the second Test – largely thanks to Joe Root’s sensational 226 which marked the Yorkshireman’s return to form.

New Zealand slipped to 28 for two as they lost openers Jeet Raval and Tom Latham cheaply, but the reliable pairing of captain Kane Williamson and veteran batsman Ross Taylor took the hosts to 96 without further loss at stumps.

The benign nature of the pitch plus the forecast for rain for much of day five means a draw is the likeliest outcome – meaning New Zealand would clinch a 1-0 series win following last week’s triumph at Mount Maunganui.

But Root said: “It would have been nice to get a couple more wickets but I still feel if we can sneak a couple in the morning first thing, I know there’s a bit of weather around, but you just never know.

“One big last push from everyone and try to come away from here with a levelled up series.

“I felt good. It was nice to get going this morning and I felt like once I got in, I had the bit between my teeth and wanted to make it a really big one and try to get us in a position where we could force a result in this game.”

Key to the last day could be prising apart Williamson and Taylor early on, who closed on 37 and 31 respectively in an unbroken 68-run stand.

The pair have more than 13,000 runs in 172 combined Tests and Root is not underestimating the threat they pose to England’s hopes of pushing for an unlikely win.

“If we can make an early breakthrough in the morning it could get us on a bit of a wicket train because they’re such key figures in their batting line-up. It would give our guys a lot of confidence, for sure.”

A 193-run stand in 62.3 overs between Root and Ollie Pope (75) was the cornerstone of the day, the England pair out within five balls of each other as they went into one-day mode to hurry the game along.

Neil Wagner made the breakthrough when Pope holed out before the left-arm seamer angled one across Chris Woakes and then deceived Jofra Archer and Stuart Broad with slower deliveries, bowling both to finish with five for 124.

It was Wagner’s fourth five-wicket haul in as many Tests but he attempted to downplay the feat.

Wagner said: “I was a bit lucky to get the rewards. All the other bowlers bowled well, too, and grafted away.

“It just sort of came my way and I ended up getting a couple of wickets which is quite nice and pleasing and satisfying.

“But all the bowlers bowled well with not a lot of luck and reward. We hunt as a pack and bowl really well in partnerships and I was lucky it came my way.”