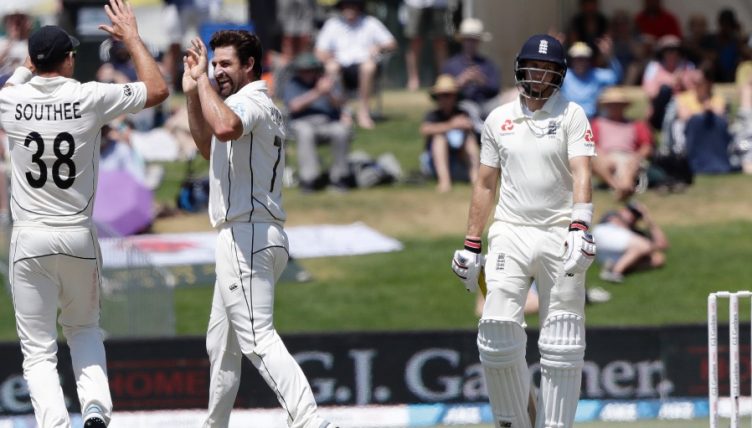 England captain Joe Root accepts that a shift in strategy will take time to implement after they were humbled by an innings and 65 runs in the first Test against New Zealand, and admits his own form needs to improve.

The tourists needed to bat out the final day with only seven wickets in hand, but Neil Wagner’s five-for and a number of puzzling shot selections at Mount Maunganui saw the Black Caps take a 1-0 lead in the two-Test series.

A new era under Root and Chris Silverwood therefore started on a low note and some familiar failings, with both skipper and head coach preaching before the series that patience with the bat was fundamental to their vision as they attempt to improve the Test side’s fortunes overseas.

Yet Root was among several batsmen to fall in tame circumstances in the second innings, where England were bundled out for 197 with 21.4 overs remaining in the day, as the Yorkshireman’s average as captain fell to 39.7 compared to 52.8 when he is not leading the side.

He said: “We want to play in a certain way which has been very different to how we’ve had to play in our conditions over the last couple of years and it’s going to take time, it’s not going to happen overnight.

“Clearly some of the shots were not good. Everyone’s very aware of that. I hold my hand up as well.

“I’ve had a bit of a rough time of it in terms of scores, I’m working extremely hard on it and sometimes it doesn’t always come that easy to you.

“You have to get through difficult periods and go through a little bit of a dip sometimes. The fact that I’m captain at the same time, it’s an easy excuse to use as a player.

“I keep putting the work in and I’m going to have to keep trusting my game because I’ve got a lot in the bank, I know I can do it and I don’t feel like I’m far away.”