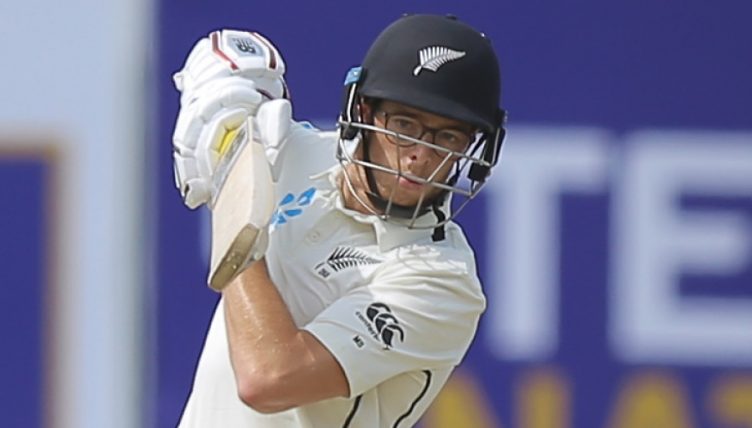 If England were unsure on how to execute their new cautious batting approach, they can look no further than New Zealand’s BJ Watling and Mitchell Santner after the duo’s national record seventh-wicket 261-partnership left the tourists facing defeat on day five.

The Black Caps pair frustrated a sorry-looking England bowling unit at every turn, with their stand lasting through two full sessions.

All-rounder Santner’s maiden Test century (126), combined with Watling’s mammoth double ton (205) that spanned 11 hours ensured the hosts went into the second set of innings as the only side with a shot at victory after amounting a 262-run lead.

New Zealand declared on a gargantuan 615 for nine late in the day, before England lost both openers and nightwatchman Jack Leach in closing on 55 for three – still 207 in arrears – and now even odds on the draw with the likes of sportsbet.io suggested only defeat for England.

Dom Sibley was suckered into playing well wide of off-stump on 12 as Santner and Watling combined again on a dream day for the pair, while Rory Burns senselessly slog swept to be caught at square-leg for 31.

Santner ended the penultimate day with three for six from 8.4 overs on a slow pitch showing signs of variable bounce and a hint of turn when Leach was adjudged bat-pad, as England were left needing to bat out the last day to escape with a draw.

However, the blueprint for success has been laid out for the tourists over the last two days by a Watling masterclass, in which the 34-year-old compiled the highest innings by a New Zealand wicketkeeper.

He oddly described himself as “very limited” after a diligent century on day three but he has been the principal protagonist for New Zealand, arriving at the crease with New Zealand on 127 for four and departing on 603 for nine – and his strategy of taking few risks has paid off handsomely.

Santner was a superb ally and took the whip hand as England’s attack wilted before being put out of their misery after 201 overs. Only on two more occasions this century have they been forced to bowl more overs in an innings.

Sam Curran took three for 115 and there were two apiece for Ben Stokes and Leach, who leaked 153 runs in 47 overs, while Jofra Archer was the third England bowler to register an unwanted ‘century’.

He had some brief succour by accounting for Watling, caught behind as Jos Buttler dived forward to take a catch, but it was his only reward in 42 draining overs that yielded 107 runs.

Archer was again down on pace but he was pointedly entrusted to open the bowling after being overlooked for the role the previous day, and he and Stuart Broad were nigh-on flawless early on.

There were seven successive maidens between them at one stage while two of the three scoring shots in 11 overs came via edges in an attritional morning session in which only 58 runs were added to an overnight 394 for six.

The only criticism that could be levelled at the pair is that they bowled fuller at Santner, who looked considerably more uncomfortable under a bumper barrage from Archer and Ben Stokes the previous evening.

While England were able to dry up the runs, there were precious few alarms for either Watling or Santner, with the seamers unable to make any inroads with the third new ball.

There were some eye-catching strokes off front and back foot by Watling either side of lunch, including an uppercut off Archer for his only six to go with 24 fours, before Santner took centre stage.

While Santner needed 170 balls in a patient fifty, he upped the ante soon after as he carted Jack Leach for three straight sixes, while he scampered back for a couple after flicking Stokes fine to reach three figures for the first time in Tests after 252 deliveries.

By the time he holed out to long-on off Curran before the tea interval, Watling, whose approach and tempo barely changed over the course of his innings, was close to the first double ton by a Black Caps wicketkeeper.

He reached the milestone from 460 balls with a hurried single into the leg-side before departing in the final session, eventually succumbing to Archer, who claimed his first overseas Test wicket when Watling feathered behind.

New Zealand were soon called in, leaving England needing to bat out 28 overs in the late afternoon sunshine.

Watling did not initially take to the field but he resumed his wicketkeeping duties, taking the gloves off Tom Latham, before England lost three wickets in 36 balls late in the day.