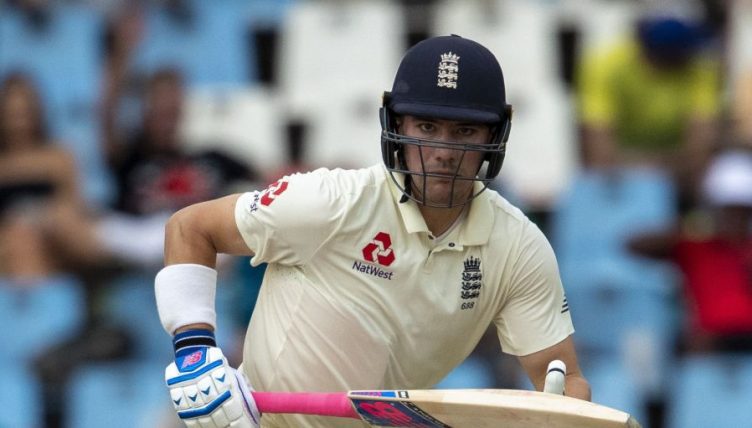 England’s troubled tour of South Africa hit a new low on the eve of the second Test in Cape Town, with batsman Rory Burns ruled out for the remainder of the series with an ankle injury sustained while playing football.

Burns was taking part in a kickabout ahead of the team’s final training session at Newlands when he landed awkwardly on his left ankle after taking a shot on goal. He immediately limped out of the game in visible pain and was sent for scans at a local hospital.

The results showed the opener had damaged ligaments and would not be fit to play any further part in the four-match series.

England are also bracing themselves for bad news about key paceman Jofra Archer, who has been experiencing pain in his right elbow.

Archer has only bowled a handful of gentle deliveries over the past two days of net practice and it would be a major surprise to see him take the field at Newlands with such little preparatory work behind him.

England arrived from Johannesburg on New Year’s Eve hoping their bad luck was behind them after their first two weeks in South Africa were beset by an illness that swept through the camp, laying low 11 players and six support staff.

But, having lost the first Test by 107 runs, they have started 2020 in the same disappointing manner they ended 2019.

Burns’ absence, which is expected to see Zak Crawley handed his second Test cap as stand-in, robs England of their most dependable top-order batsman of the past year and one of their best close catchers.

Ben Stokes revealed in his Daily Mirror column over new year that England’s players had jokingly started to call the trip “the cursed tour” but it is increasingly hard to escape the same conclusion.

An England and Wales Cricket Board statement issued late on Friday evening confirmed the worst for Burns, who produced England’s top score of the series opener when he made 84 in the second innings at SuperSport Park.

It read: “England opening batsman Rory Burns has sustained ligament damage to his left ankle. He has been ruled out of the remainder of the South Africa Test series and will return home for further assessment and treatment at the earliest convenience.”

While Archer’s injury may be considered part of a fast bowler’s lot, the manner of Burns’ problem will doubtless cause frustration and be viewed by some as a self-inflicted wound.

Jonny Bairstow missed the Galle Test against Sri Lanka last winter after suffering an ankle injury of his own while playing football.

He no longer joins in with the daily workout and neither does Joe Denly, who was also injured by a tackle from team-mate Owais Shah several years ago.

On Wednesday, squad members Ollie Pope and Matt Parkinson were seen tussling for possession of the ball, with the latter’s spikes leaving their mark on his team-mate’s leg.

Burns’ issue was not as the result of a tackle, with captain Joe Root the closest man to him and any contact between the two almost non-existent.

Nevertheless Ashley Giles, director of men’s cricket at the ECB, will surely take a dim view of developments, having previously banned football during his time in charge of Warwickshire and Lancashire.

Speaking at his pre-match press conference, and before Burns went down, Root had already hinted at the ominous tone the trip has taken on.

“It’s been one of those tours I’m afraid,” he said with a rueful smile.

“It’s been frustrating throughout, but these things happen in sport. You’ve got to manage them as best we can, and we are trying to make sure that if anyone does pick up illness or injury then they are fit and ready to go as soon as possible.”

He went on to confirm Mark Wood remained unavailable with the side strain he arrived on tour with and that Jack Leach had not bowled enough following his brush with illness to be considered.

“They have not managed to pull up as well as we would have liked, and that is a frustration. I think everyone else, touch wood, is available,” he said in what turned out to a vain hope.

Root was able to expand on Archer’s situation, suggesting England would err towards caution with their prized asset rather than risking causing more serious damage.

“It is obviously quite disappointing to see him pull up like that,” said Root.

“I think it’s a recurring injury, something that he has had before. He did pull up very sore. That is something you want to manage in a young talent like Jofra, making sure that we don’t blow him out for six months and make sure we get the most out of him for as long as we can.

“You look at his short career and he has had big impacts on a lot of moments in big Test matches. It’s important to weigh everything up, see what the scan says, and play it by ear. Of course he will be a big loss if he is not able to play but it will also be an opportunity for someone else.”

In all likelihood, England will retain the rest of the seam attack who played alongside Archer at SuperSport Park – James Anderson and Stuart Broad supported by all-rounders Ben Stokes and Sam Curran – and draft in Dom Bess as a specialist spinner. Pope is set to replace Bairstow at number six.