Du Plessis could step down after latest South Africa defeat 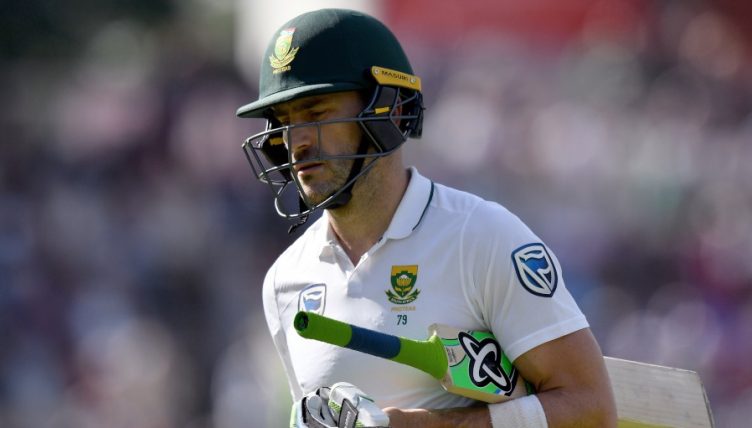 South Africa captain Faf Du Plessis paved the way for resignation or retirement after his side’s latest Test defeat by England, admitting “I can’t do it forever”.

Du Plessis has led the Proteas for the past four years but finds himself under mounting pressure after presiding over seven defeats in his last eight Tests.

England’s day-five triumph in Port Elizabeth was the third of those to come by an innings following similar humblings by India in Pune and Ranchi, and the 35-year-old cut a weary figure as he fielded questions on his own future after the match.

While scotching any suggestions that he would throw in the towel before the concluding Test in Johannesburg, which begins on Friday, he opened the door to passing on the baton soon.

“We are in a transition but I can’t do it forever and it has been chipping away at (my) character,” he said.

“I’ve heard there’s a lot of rumours about retirement. I try to block it out, as one should do, but obviously, myself and everyone else are not robots.

“There’s one more massive Test where we need everyone to be as strong as possible to try and draw the series but, after that, there is quite a big gap and there is an opportunity to release some of the captaincy, especially in one-day cricket to make sure we look forward to the future.

“There’s two Test matches in the West Indies in July and then the rest of the year is white-ball stuff. I can’t look that far ahead but probably after that Test cricket will be something that won’t see me.

“For now it’s just about trying to be the strongest leader that I can be for the team. The worst thing a leader can do is pull the plug mid-series and say ‘sorry boys I’m out, I’ve had enough’. I don’t think that’s whats leadership is about.”

South Africa will not be able to call on star bowler Kagiso Rabada at The Wanderers after his provocative send-off of Joe Root on day one in Port Elizabeth took him past the ICC’s disciplinary threshold.

The selectors have retained the other 11 players from their squad and will welcome Temba Bavuma, Beuran Hendricks, Keegan Petersen and Andile Phehlukwayo.

READ: Wood is the ‘kid in the playground’ England cricket needs

Bavuma is virtually certain to play, having scored 180 for the Lions in his most recent franchise match.

His non-selection for the first three games left Rabada as the only black African in the South Africa side – against the country’s transformation targets that call for at least two in each XI, as well as four other players of colour.