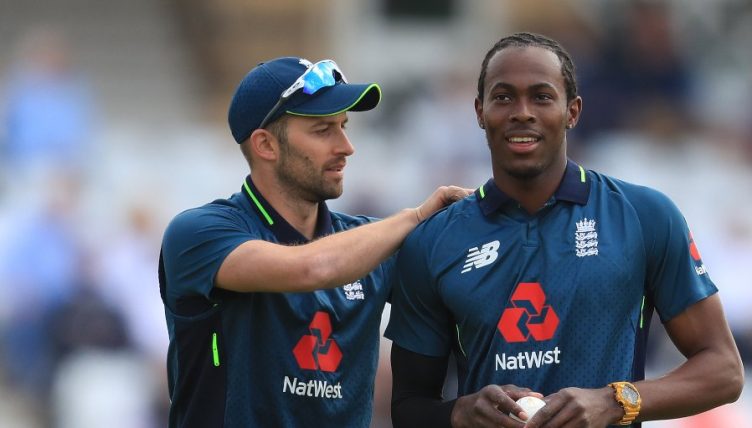 England are eyeing all-out pace in the final Test against South Africa and will give Jofra Archer every chance to prove he is ready to join Mark Wood for the decider in Johannesburg.

Having taken a 2-1 series lead with their innings victory at Port Elizabeth, Joe Root’s side are well placed to finish the job in style on a Wanderers pitch renowned as the liveliest on the South African circuit.

In the recent past that might have tipped the scales in favour of the hosts, but, with Dale Steyn retired, Kagiso Rabada banned and Lungi Ngidi injured, they are no longer blessed with multiple genuine speed merchants.

England, on the other hand, will be hoping to send Wood and Archer out together in Test cricket for the first time.

During the World Cup they enjoyed a friendly rivalry as they spurred each other on to bowl faster and both were clocked at more than 95mph during the tournament.

Wood unsettled South Africa with his rapid short-pitched spells at St George’s Park, his first Test appearance in 11 months, but Archer has missed the last two games with pain in his right elbow.

He will hit the nets on Wednesday while Wood and the rest of the playing XI take a deserved day off. If Archer comes through strongly over the next 48 hours, England have a tantalising prospect at their disposal.

“We’ve got a couple of sessions coming up so Jofra will bowl then and, if he’s fit, that’s another great headache, isn’t it? I’ve got to find a way that potentially he comes back in,” said head coach Chris Silverwood.

“Jofra felt good on Monday so hopefully he’s going the right way. We’ve got options available to us and that is superb.”

Another of those options is the dependable but less extravagantly-paced seamers of Chris Woakes, who has yet to feature in the series despite playing a key role throughout 2019.

He led the World Cup winning attack, recorded career-best Test figures of six for 17 against Ireland and played all but one of the five Ashes fixtures.

For now, though, he and fellow 30-year-old Jonny Bairstow are playing the role of onlookers as Root’s team takes on an ever more youthful look in the shape of Dom Sibley, Zak Crawley, Ollie Pope, Sam Curran and Dom Bess – all 24 or under.

Silverwood has not intention of consigning the older heads to the scrap heap, though.

“They’ve still got a huge role to play,” he said.

“We talk about the youngsters a lot, but we need that experience dotted in amongst it as well so they can learn by getting it right rather than making mistakes all the time.

“The great thing for me is we have got the headache of looking at the bench and looking at the players not in the side. That will drive everyone to get better and better.”

One seasoned campaigner not currently on tour, but due to arrive in a matter of days as part of the one-day squad, is Moeen Ali.

He is currently on hiatus from Test cricket and has spoken recently about his disappointment at losing his red-ball contract.

England could well need him for the spin-friendly pitches in Sri Lanka, where they tour in March, and Silverwood declared himself open to thrashing some issues out with the all-rounder.

“I’m very keen to have that chat with him, yes. Moeen’s a great lad and I do enjoy having him around,” he said.

“I get on very well with Mo, so at some point we’ll be sat down and have a chat. My door’s always open to him, he knows that. First and foremost we want what’s best for Mo, but to have him around is a great asset.”