Home England in South Africa 2019/20 The Wood, the Bad and the Bairstow: Rating England’s players in the 3-1 win over South Africa

The Wood, the Bad and the Bairstow: Rating England’s players in the 3-1 win over South Africa 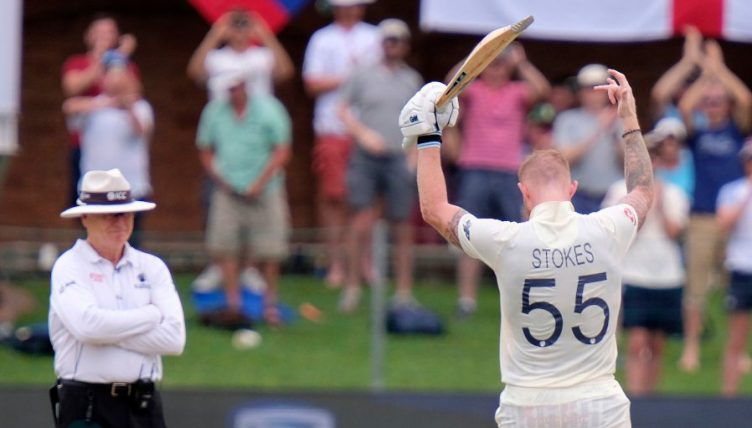 England hit back from defeat at Centurion to beat South Africa 3-1 in an excellent and sweary Test series. Here are the ratings for all of the actually quite mental number of players England managed to use in such a successful series.

Rory Burns: Underlined his growing confidence as a Test cricketer with an accomplished 84 in the first Test, then suffered ankle ligament damage while playing football ahead of the second. Will also miss the Sri Lanka tour. 6

Dom Sibley: A highly mature series for the Warwickshire opener, who finished as the team’s top run-scorer and hit a maiden Test century in Cape Town. Could be the gritty opener England have long searched for. 8

Zak Crawley: Would not have played had it not been for Burns’ misfortune, but took his chance to impress. Shared a century stand with Sibley in Johannesburg and showed off good range for a top-order rookie. 6

Joe Denly: A solitary half-century and an average of 30 from seven innings is not the kind of output required from a number three but still found a way to contribute by eating up plenty of deliveries. Got his first Test wickets on the final day at Newlands. 5

Joe Root: Deserves huge credit for the way he led the side in adversity as illness and injury struck and captained impressively to bank three straight wins. Made three fifties without converting and even chipped in with a career-best four-for at Port Elizabeth. 8

Ben Stokes: Hit by the news of his father’s admission to hospital on the eve of the first Test, Stokes threw himself into his work and left as man-of-the-series. In scoring 318 runs, taking 10 wickets and holding 12 catches, once again proved himself a peerless all-round talent. 9

Ollie Pope: Touted for an age as the best batsman of his generation, the Surrey youngster delivered in spades on what will come to be known as his breakout tour. His magnificent hundred in Port Elizabeth will surely be the first of many and his average of 88.66 showed his consistent contributions. 8

Jonny Bairstow: Handed an unexpected comeback when Pope was not well enough to play in Centurion, but fell cheaply twice. At something of a crossroads in his Test career and will need to work hard if he is to flourish again. 2

Jos Buttler: Destined to go down as one of England’s best limited-overs batsmen ever but still struggling to find his best method against the red ball. Just 115 runs in seven knocks and missed out on a couple of handy platforms. Kept averagely to spin in Port Elizabeth, which may be a concern heading to Sri Lanka. 4

Sam Curran: Picked up 10 wickets with his left-arm swing and chipped in a couple of times with the bat. Already has 17 Tests under his belt at the age of 21 and looks settled in the environment. 6

Jofra Archer: A hugely frustrating time for the richly talented paceman. A recurring elbow injury meant he was more talked about than seen after taking six wickets in the series opener. England will now think long and hard about how best to manage the 24-year-old to avoid further fitness problems. 5

Mark Wood: A joyous return to Test cricket from one of the country’s most likeable sportsmen. Bowled consistently above 90mph, had every South African batsmen hopping and banked 12 wickets at 13.58. Reborn with the bat, he clubbed eight sixes across two brilliant cameos. 9

Stuart Broad: No longer the bowler who serves up unplayable hot streaks, he is now the ultra reliable senior pro of the attack. Topped the wicket charts with 14 and never coughed up easy runs. 7

Dom Bess: Not part of the original touring party, but impressed after arriving as cover. Played a solid holding role in Cape Town then put his hand up with a maiden five-for on a slow turner in the third Test. 7

James Anderson: Won his 150th cap on Boxing Day, a record among fast bowlers, and looked back to his very best with a display of superb skill and discipline at Newlands. Unfortunately he cracked a rib in the process and missed the last two Tests. 7

Chris Woakes: Bided his time to get on the pitch and only got his chance in the decider when Archer was ruled out. To nobody’s surprise he was on the money and did his bit in a winning cause. 6