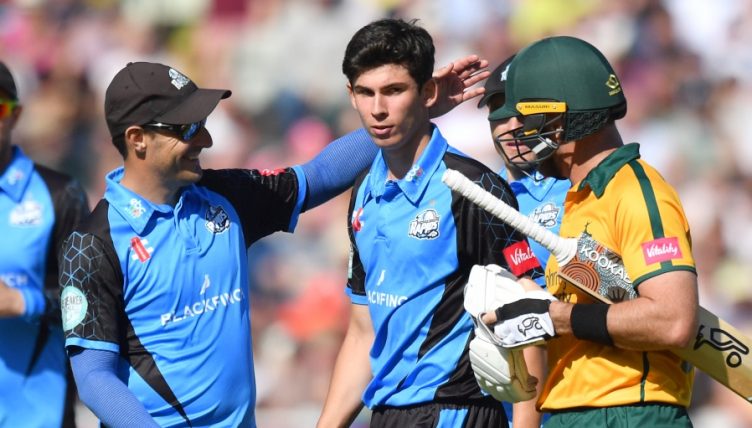 Seamer Pat Brown will miss the limited-overs leg of England’s tour of South Africa with a low back stress fracture.

The Worcestershire player, who made his England Twenty20 debut earlier this winter, sustained the problem while preparing to feature in the Big Bash League for Melbourne Stars.

Brown will not play again this winter and will now return to Worcestershire to start his rehabilitation programme.

An England statement added: “England will announce a replacement for the three-match ODI series and for the three IT20s against South Africa in due course.”

When the squads were announced, national selector Ed Smith, said: “These two squads were selected with an eye on the T20 World Cup in Australia in 2020.

“In the T20s, a number of players who were rested for the successful 3-2 victory in New Zealand return to the squad: Jos Buttler, Jofra Archer, Ben Stokes, Moeen Ali and Jason Roy.

“We want to expand the pool of players who can perform successfully for England, while also helping the team to peak for major tournaments.”