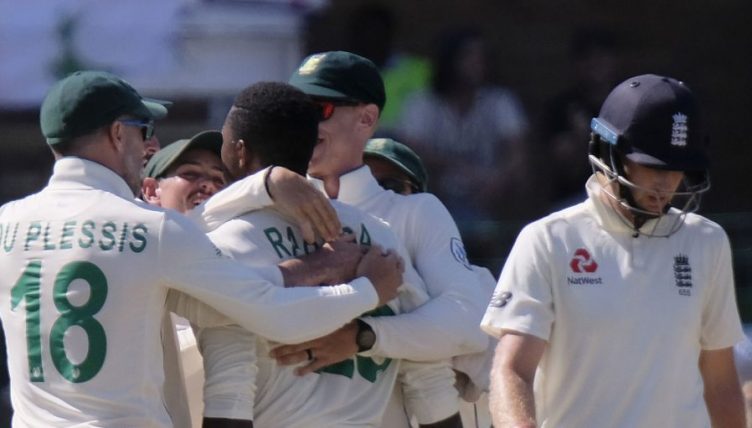 Most of the reaction to that fantastic final day in Cape Town made some reference to it being a great advert for the five-day game. It was understandable. At a time when five-day Test cricket is under the microscope, here was a fifth day for the ages. How could it be anything other than a fantastic advert for five-day cricket?

Days like the final one at Cape Town will not be lost in four-day Test cricket. Days like this fascinating tussle in Port Elizabeth, though. Yeah, those will come under serious threat.

Spending two sessions scoring at two an over – the first because they planned to, the second because superb South African bowling and adjusted planning forced them to – as England did here will be a luxury few teams can afford.

The time South Africa were able to invest after lunch in so relentlessly attacking the strengths of Dominic Sibley and Zak Crawley would similarly be harder to justify under the time constraints of a four-day game.

And, no less importantly – and as if to reiterate our first and still biggest issue with four-day Tests – it still needed 25 of the permitted 30 extra minutes to get the day’s overs in despite Keshav Maharaj getting through 32 (thirty-two) overs of, incidentally, near faultless left-arm spin on a pitch offering only the slightest assistance.

At the risk of breaking one of our own rules, since South Africa returned to Test cricket in 1992 there is no closer contest than the Proteas against England.

They are evenly matched to a frankly insane degree. Test wins? Sixteen each. Series wins? Four each.

It’s almost impossible to find anywhere to separate them. Batting first? England have won eight and lost eight. The keenest maths fans out there will have worked out that so too have South Africa.

After this nip-and-tuck day the most fluent partnership of it came late on, between Ben Stokes and Loughborough-grown Ian Bell clone Ollie Pope, and it has probably put England slightly ahead of South Africa in the match, the series and 26 years of history.