Anderson explains why Mahmood could be key to England ODI success 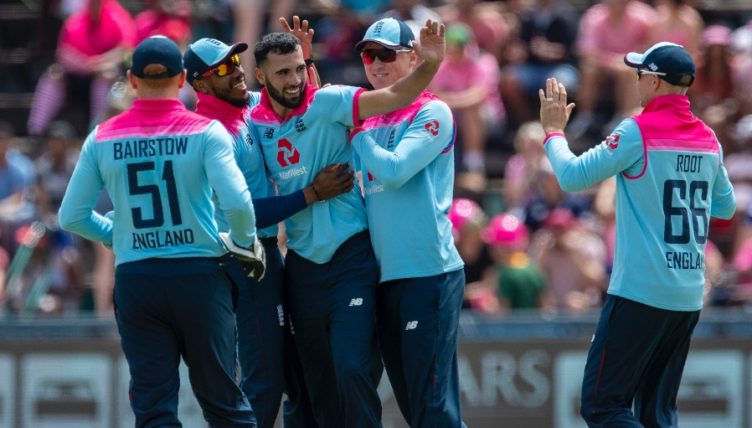 Mahmood took 1-17 from his five overs as England overcame the Proteas to draw the three-match series.

The 22-year-old fast bowler claimed the opening wicket of the game, producing a lethal delivery that nipped back in to Reeza Hendricks and clipped the off bail.

And England’s top Test wicket-taker is convinced Mahmood has the range of skills required to be a long-term success in international 50-over cricket.

“He did everything that was asked of him,” Anderson told Sky Sports. “With the new ball in one-day cricket, you’ve got to bowl accurately and aggressively and I thought he did that.

“He deserved the wicket he got. With the pitch as it was, the way the spinners bowled and with Joe Root bowling as well, there wasn’t an opportunity for him to come back later in the innings and get some more overs in.

“The five overs he bowled, I thought he did really well. He can move the white ball off the straight at good pace.

“He’s equally as strong at the top of the innings – we saw that – and he’s got skills at the end if needed. He’s definitely got the all-round game to be a key player for England in 50-over cricket.”