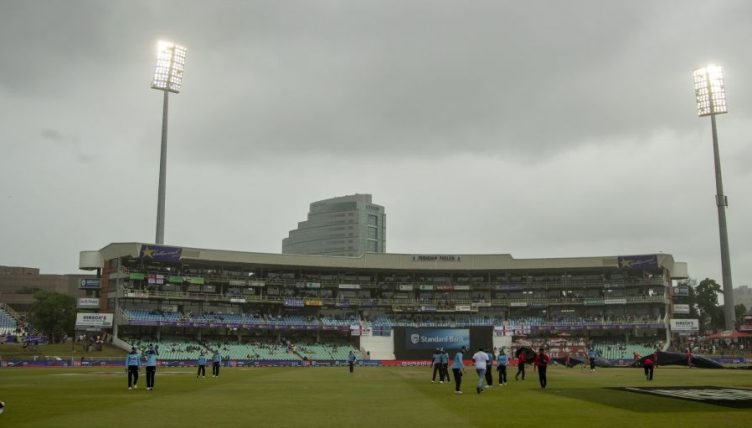 Rain eventually claimed the second ODI between South Africa and England despite a couple of attempts to get a game in between the showers in Durban.

The game was initially reduced to 45 overs per side, with 6.3 overs of South Africa’s innings possible before the rain returned just after Joe Root had bowled Quinton de Kock for the second match running.

After another lengthy delay, the players got back out there for what was now a 26-over clash. Again, England claimed a wicket just before the rain came with Chris Jordan winning an lbw decision on review against Temba Bavuma.

A further attempt to get play under way once again was scuppered by a heavy shower that would at last end the game.

South Africa now take a 1-0 lead into the final match of the series at Johannesburg on Sunday.