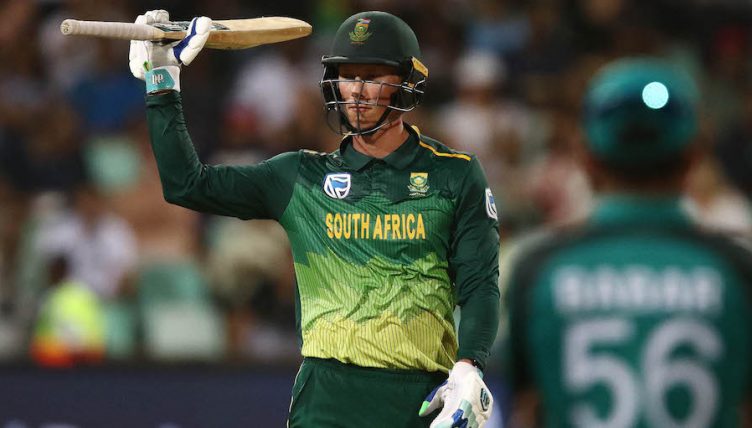 South Africa have named six uncapped players in their squad for the first two Test matches against England.

The Proteas are in the midst of a shake-up on and off the field, with former captain Graeme Smith taking over as interim director of cricket and Mark Boucher just appointed as head coach.

The selectors have now given them a handful of fresh options to consider for the Boxing Day Test at Centurion and the New Year Test in Cape Town.

READ: The alternative SPOTY: Cricket Personality of the Year

The core of the squad that was defeated in India last time out remains, with Faf Du Plessis, Temba Bavuma, Quinton De Kock, Dean Elgar, Vernon Philander and Kagiso Rabada all called up again, but fringe performers such as Dane Piedt, Theunis De Bruyn, Heinrich Klaasen and George Linde have been dropped.

Batsman Aiden Markram is included after being freed to play domestic cricket for Titans this week following injury.

CSA’s independent selector Linda Zondi said: “The high number of uncapped players coming into the squad is a reflection of our policy to acknowledge players who do well at franchise level and have put their hands up for selection.

“Van Der Dussen, who is third on the current four-day batting averages, and Pretorius, who has established himself as the leading all-rounder, are clear examples of this.

“Following the same trend Paterson has been the second leading wicket-taker in four-day cricket this season, including a seven-wicket haul in an innings, and we want to go into the Test series will a full arsenal of fast bowlers who have always provided one of our traditional strengths.

“Beuran Hendricks is also part of this strategy and adds variety to the attack as a left-arm swing bowler.

“Malan has been one of the most consistent runs scorers in franchise cricket for many seasons now and, as a specialist opening batsman, he provides cover for Markram, while Second provides cover in the wicketkeeping department and is a top-order batsman in his own right.

The England squad was announced on December 7 as James Anderson looks to return to action.