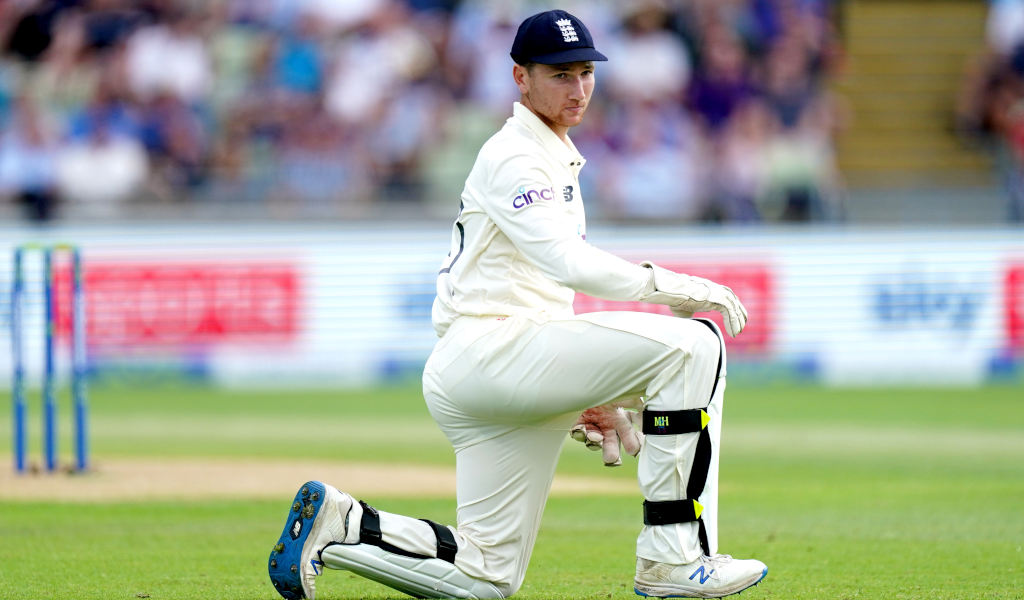 James Bracey signed off a rollercoaster 2021 by registering England’s first century on Australian soil and with a renewed belief in his own game.

At one stage considered a genuine prospect for this winter’s Ashes series, Bracey slipped down the pecking order after a chastening start to life in the Test arena.

Elevated to the side at the start of the summer due to the unavailability of Jos Buttler, Jonny Bairstow and Ben Foakes, the wicketkeeper-batter had a torrid time against New Zealand with eight runs in three innings and a scrappy performance with the gloves at Edgbaston.

It was an experience that could easily have dealt a drastic setback to the 24-year-old Gloucestershire player, but he showed his resilience after being called up for the tour Down Under with England Lions.

He scored 113 in the second-innings of the four-day defeat to Australia A, the first English tourist to make a ton after Joe Root and Dawid Malan fell short in the first Test.

“I’m going home with one more first-class hundred than I had going out, I’ll take that,” he said.

“In a year with a lots of ups and downs I’ve really backed myself technique-wise. Where my head’s at is probably the big thing. There has been a lot to process, lots of stuff thrown at me.

“That was my aim coming out on this tour, put a few things I’ve been working on into practice and this last couple of days caps this off. I’m really pleased with how it’s gone and really happy with where my head is at currently. Hopefully that continues into the new year and the new county season, where I can continue to score runs and start to rebuild, which has been the aim of the last few months.”

Bracey admits he questioned his own credentials after his baptism of fire but is convinced now that he merely suffered a dip in form at the worst possible moment.

“I had a really bad couple of games, that’s how I’m seeing it. Everyone has bad games,” he said.

“I personally wasn’t happy with how I did. And after all the build-up and the time I’d spent in that environment beforehand, it just sort of felt like a bit of an anti-climax. I’ve recovered well from that. I had a good finish to the season and this tops off the year. Hopefully 2022’s a better one.”

England opted against adding any of the Lions players to the senior squad for the Ashes, a decision Bracey took in his stride as he attempts to stay level-headed with his goals.

“I want to go as far as I can, but I’ve learned that can be unhealthy at times,” he said.

“After what has happened it’s good for me to relax. If I continue to put labels and targets on things and put everything on trying to get back in the Test team it wouldn’t be good for me or for my game.

“Obviously I have that desire and that want to play Test cricket again and hopefully that happens sooner rather than later, bit if it doesn’t I’ll keep working and see where my career takes me.”